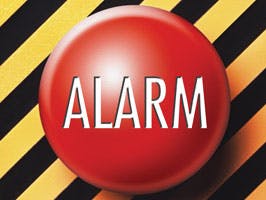 The motivation behind this project was sparked when we discovered that a roommate of ours kept forgetting to lock the front door. So we came up with the idea to make a simple motion activated alarm system that could be placed near the front door.

We used two Particle Photons for this project; one connected to a PIR sensor, and the other connected to a piezo buzzer. When the first Particle senses motion it will publish an event for the second particle to subscribe to. The second particle will then trigger the piezo buzzer to turn on. We also added a push button and an OLED screen to the particle with the piezo buzzer. Before the sensor is triggered, the OLED screen will read "SAFE", but once triggered it will read "ALARM". In order to deactivate the alarm, the push button must be pressed.

Here is the image of the PIR sensor attached to the particle, along with a red LED light. The LED will flash each time motion is sensed. This is just a way for us to check that the PIR sensor is working properly.

Here is a picture of our second particle board with the piezo buzzer, OLED screen, and push button connected.

We also setup an IFTTT statement on the Buzzer particle that would send data to our Google Drive account every time the alarm triggered. Below is the graph of our data; it shows how many times the alarm goes off per day.

Here is the video of our project in action! We hope you enjoyed! 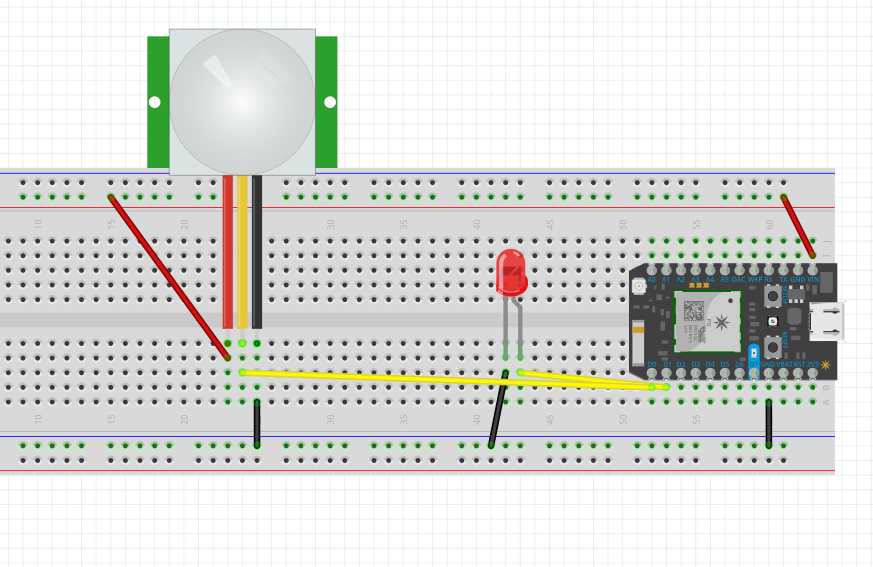