A live feed movable security camera that is not only monitored from a remote location, but is remote controlled as well.

A live feed movable security camera that is not only monitored from a remote location, but is remote controlled as well. 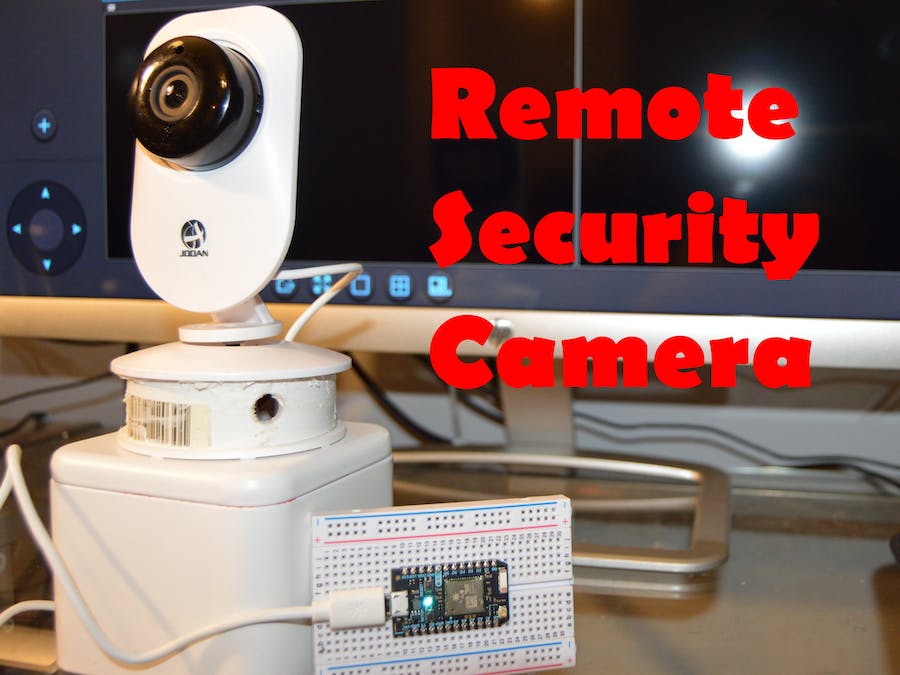 Idea Behind the Project

When we began to brainstorm ideas about the project we decided to take a fairly expensive idea (home security cameras) and make it with the lowest cost possible while having control from our phone and computer. To do this we purchased an inexpensive security camera from Amazon along with a transistor to be used as a switch for turning the camera on and off. We also bought a mini servo to be used as the motor for controlling the camera's rotation.

Uses of the camera

The project was driven with security in mind, however is not limited to security. There are infinite applications of the system such as:

The list is only limited to imagination. As long as the Photons are within range of a WiFi signal, the system is able to work.

The box was also added to the bottom of the camera as a place to house the electronics as shown below.

Close up of photon and circuit inside box

The circuit diagrams shown below show the full wiring. Simply, we used a transistor as a switch to turn on and off the camera and wired in a servo using the built in servo function in the code. The micro USB cable that powers the camera was stripped and the positive and ground wires only (micro usb cables have 4 wires total) could be wired into the control photon.

The camera is controlled by using the control everything mobicle interface and contains five different commands. The commands (shown below) are camera on, camera off, turn camera right, turn camera left, and center camera. All of the functions can be seen in action in the video below. 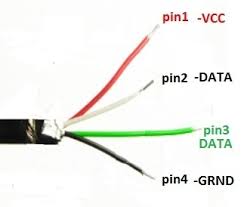 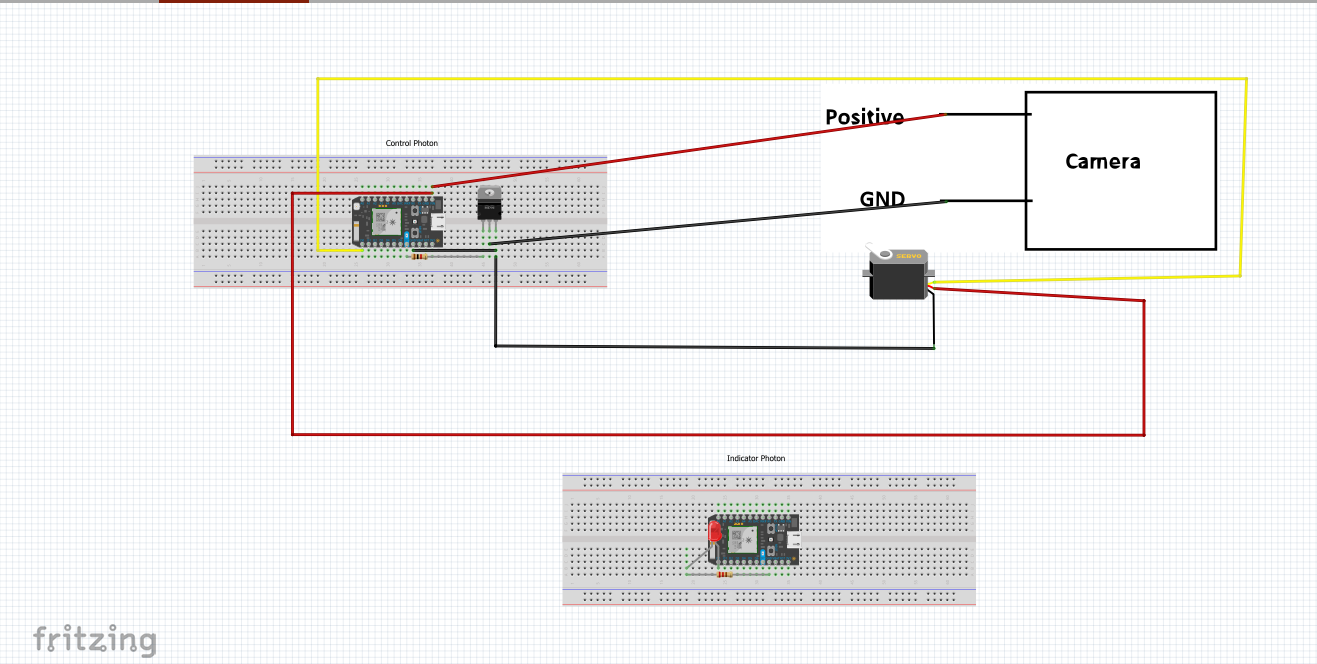 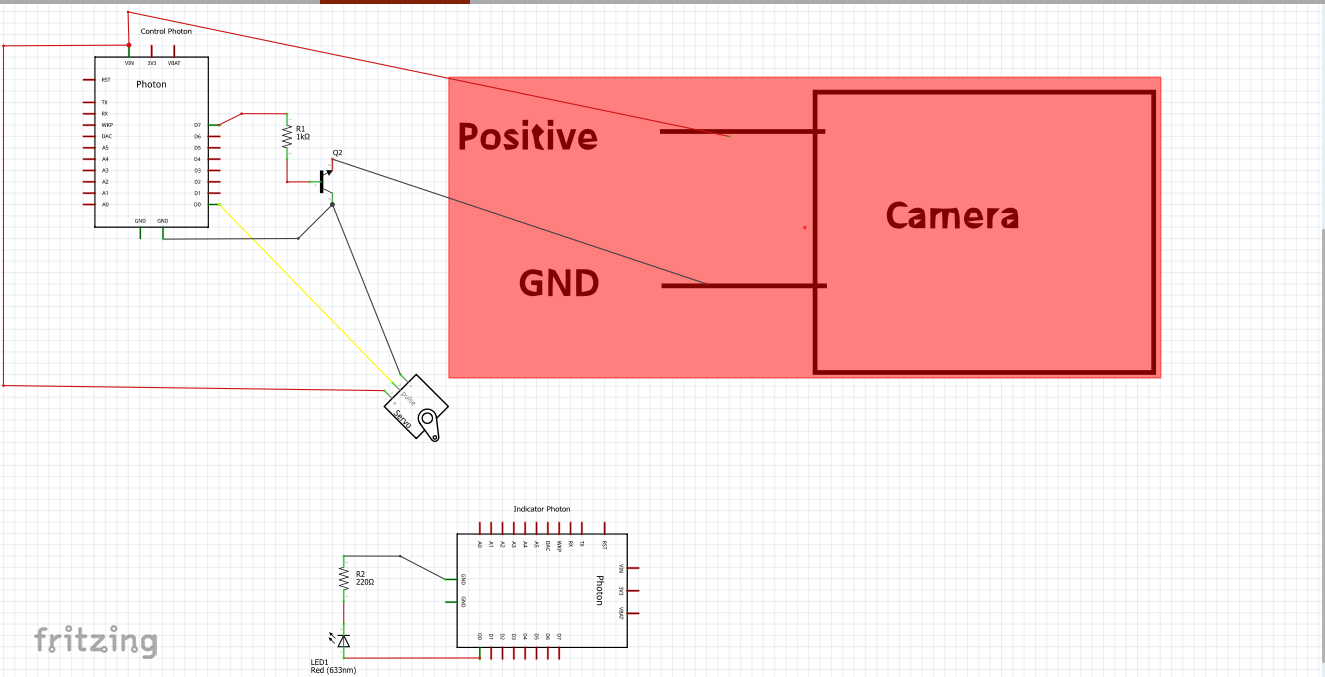