The purpose of this project is to detect motion at set locations and provide a light&/or a buzzer notification to alert the user.

The purpose of this project is to detect motion at set locations and provide a light&/or a buzzer notification to alert the user. 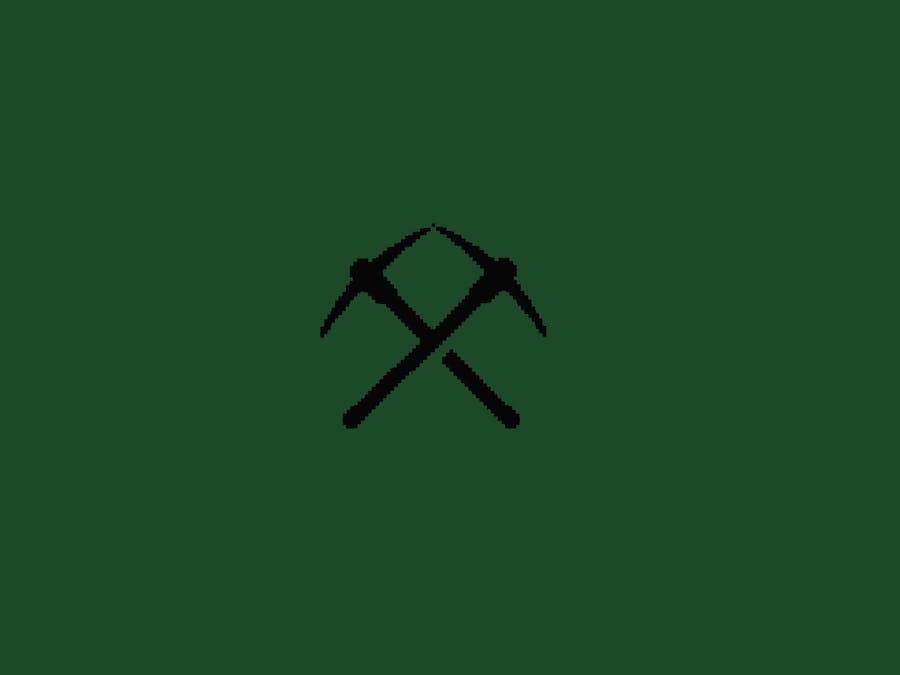 Our project is about detecting intruders and alerting the host. We decided to make this project due to the fact that we will be living in an apartment with no room alarms, so we decided to make our own. The project works by detecting intruders or general passerby's through a motion sensor, which then sets off an alarm to notify them that they are seen (In hopes they don't try anything), and finally by notifying the main user of the alarm being triggered. Our project utilized two particle argons, an LCD screen, a PIR motion sensor and a buzzer.

Breadboard View of the Buzzer and Motion Sensor
Motion vs. Time Detected

The image above shows a picture taken from our google sheets of different time instances of motion being captured. You may view the live link within software/apps further up this page. Data was taken directly from the particles console readings through IFTT and formatted into google sheets. A new sheet was then added with code to only pull motion and time points for every instance to simplify the data. Finally, in the last sheet you may see the image above, where the formatted data points were plotted. (Spread Sheet: https://docs.google.com/spreadsheets/d/13J5VMuyPMXG020TMau5VeLzELuW9Vnb82z4zOLGOaFI/edit?usp=sharing)

LCD Screen Message when Motion is not Detected

The image above is the LCD screen when motion has been detected by the motion sensor. It causes the buzzer to go off and the screen to print "Warning Motion Detected". The same trigger that sends a signal to change the message on the LCD screen is also used to send a message through the IFTTT app. The app sends me a notification on my phone every time the motion sensor is triggered as shown below. 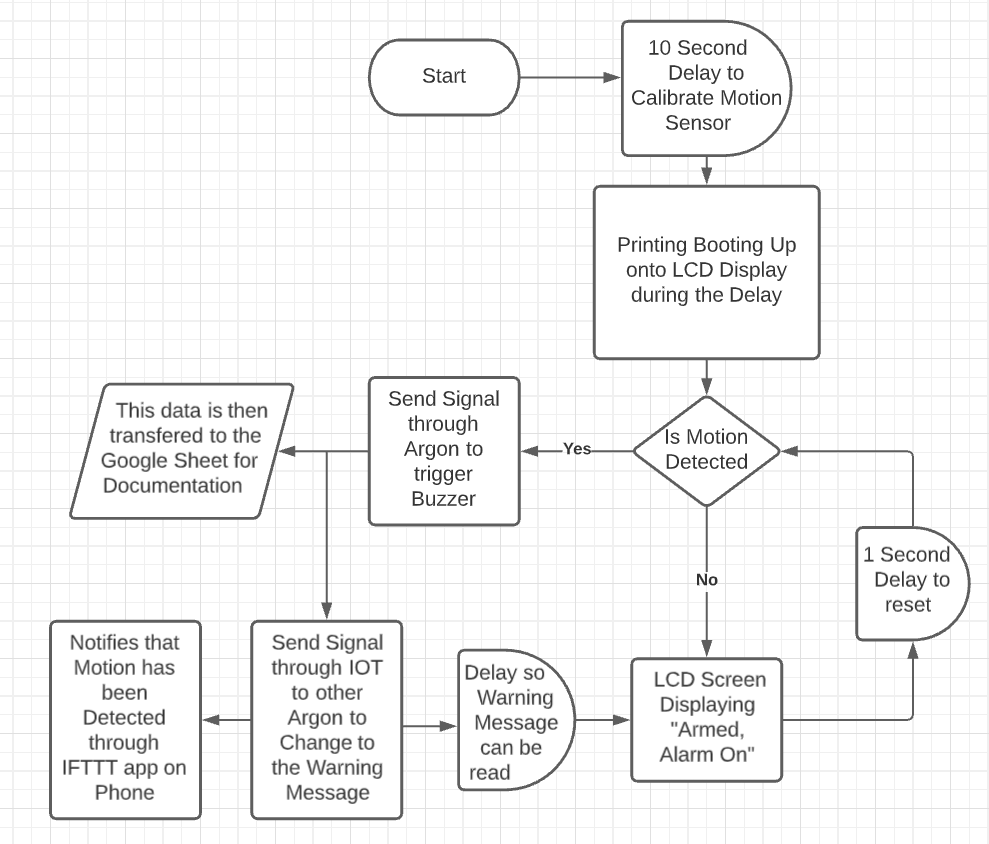 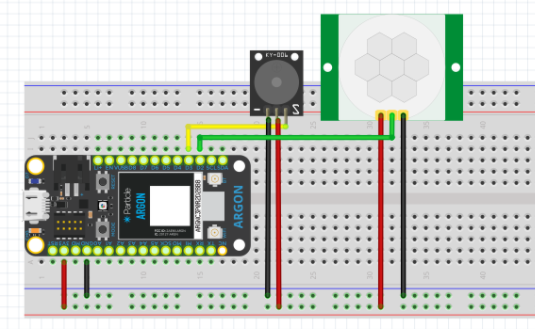 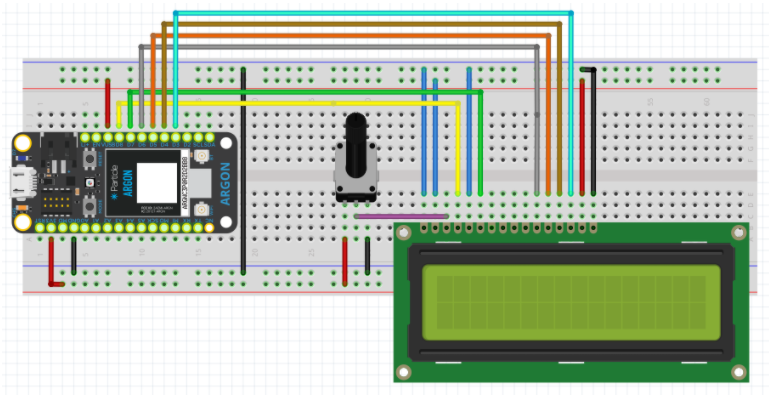