To monitor user safety, a sensor cluster collects and graphs data of obstacles in the blind spot, wheelchair speed, and degrees of tilt.

To monitor user safety, a sensor cluster collects and graphs data of obstacles in the blind spot, wheelchair speed, and degrees of tilt. 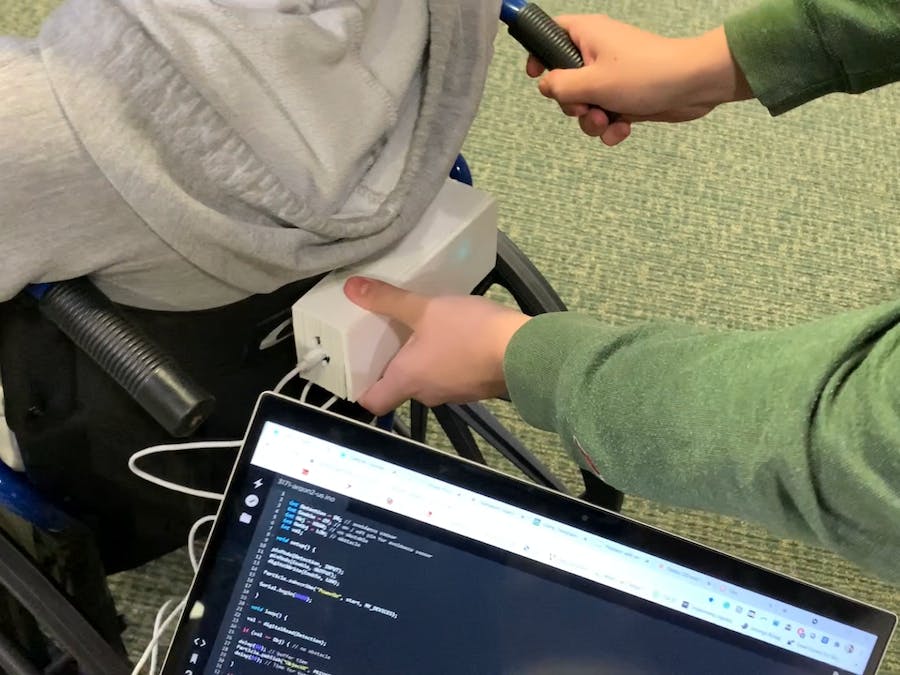 A challenge faced by many hospitals especially during the current times is being understaffed and unable to constantly monitor every patient at once. So we set out to develop a system that can alert hospital staff that a patient in a wheelchair could be having issues by monitoring the actions of a wheelchair using three sensors and three argons. In its current state, the system is limited to measuring the angle the wheelchair has in relation to the ground, the speed the wheelchair is traveling, and if it is getting too close to an object. These very simple readings still would be a big help as the hospital staff could relax the staff needed for anyone in a smart wheelchair to an as-needed basis and send help only when the chair itself relays to them that the patient needs help.

An important feature of this project was the circuit being set up to live graph the data on its own. Leading up to test day the code appeared to be working and ready to rollout data once the circuit was activated. This would have been represented by an LED but on test day the light only flashed once and the sensors never produced live data. Since this was the only day that filming for the video could take place the live data portion had to be discarded, but the code and the graphs that were pre-setup to receive the data can be found here.

The final component of the project was a video demonstrating the argons and sensors in action. Due to time constraints, the team could only meet up this one time which led to the code complication that could not be fixed in a reasonable amount of time but did not hinder the video making. Due to weather though the filming had to take place indoors and the third floor of the Popp Martin Student Union building was used to film. The video consisted of 5 major parts with a helmeted wheelchair passenger for a comical element. The intro was the first part and that covered the goal of the project and the circuit itself.

The second part of the video was a clip of the accelerometer being tested which doubled as a proximity sensor test. The third part showcased the tilt sensor and the 4th was a comical bit of the rider falling off a small stair in the chair to further explain the tilt sensor. The final part was a simple conclusion to the project and explaining how it would be expanded on in the future. A link to the video can be found here.

To see the entire design report following this link.