Automated light that allows you control your room light with a motion sensor and Amazon Alexa while logging the light level every minute.

Automated light that allows you control your room light with a motion sensor and Amazon Alexa while logging the light level every minute. 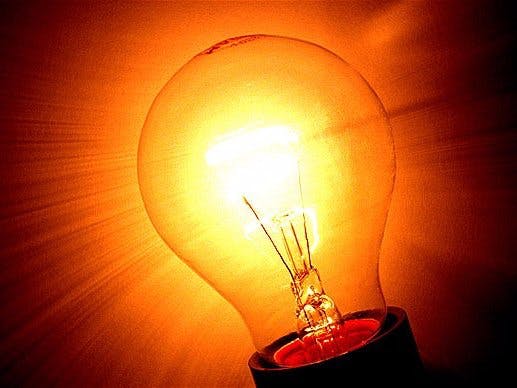 Motion controlled room lighting is convenient in all kinds of situations. It's great for those days when you're rushing out the door in the morning and forget to turn off the lights at the cost of your electric bill. For those days when you're stumbling through the door after a late night and fumbling around in the dark looking for the light switch and instead end up finding your bed in the worst way possible. It's even great if you have a hunch that your siblings are sneaking into your room and touching your things when you aren't home.

The inner workings of the system aren't terribly complicated. In essence, one Photon keeps tabs on a PIR motion sensor as well as a photo resistor. If motion is detected, the photon lights up the LED on the breadboard and then checks the reading from the photo resistor to determine if the room is dark enough to warrant turning on the lights. If this is true, the photon communicates with a second photon that is connected to a two channel relay shield, which is then connected to a power strip, controlling whatever light is plugged in. The initial photon also logs the photo resistor readings (in volts) on ThingSpeak every minute. Here is the link for ThingSpeak: https://thingspeak.com/channels/249557

Note 1: Connecting to a power strip won't allow you to control any overhead lighting system in the room, but we decided that connecting to a power strip would be simpler than attempting to re-wire anything already installed in your wall. Plus, this way is potentially much more discreet looking because you can easily hide the power strip and other components and you don't have to deal with gaudy wires hanging out of your wall switches or having to attach some contraption to your wall to flip the switch for you.

Information about connecting your Particle photon to ThingSpeak can be found at the following link (courtesy of Hans and Robert Mawrey): https://www.hackster.io/15223/thingspeak-particle-photon-using-webhooks-dbd96c

As you follow the information, you might ask yourself, "What is the 'XXXXXXXXXXX' in the code that connects to your photon?" This is the API Key of your ThingSpeak account. The XXXXXXXXXX part is located in the code for the PIR and photo resistor at the bottom. If you use this code, your API key must be entered into this section.

USING ALEXA TO CONTROL THE LIGHTS

PLEASE BE CAREFUL WHEN DEALING WITH THE POWER STRIP AND RELAY CONNECTIONS TO AVOID INJURY! BECAUSE IT IS CONNECTED TO THE WALL, YOU ARE WORKING WITH A VERY HIGH VOLTAGE! IF YOU DO ANYTHING WITH THE POWER STRIP, BE SURE THE MASTER SWITCH IS TURNED OFF AND IT IS UNPLUGGED FROM THE WALL! WE WOULD HATE FOR THIS TO BE THE LAST PROJECT YOU EVER DO! 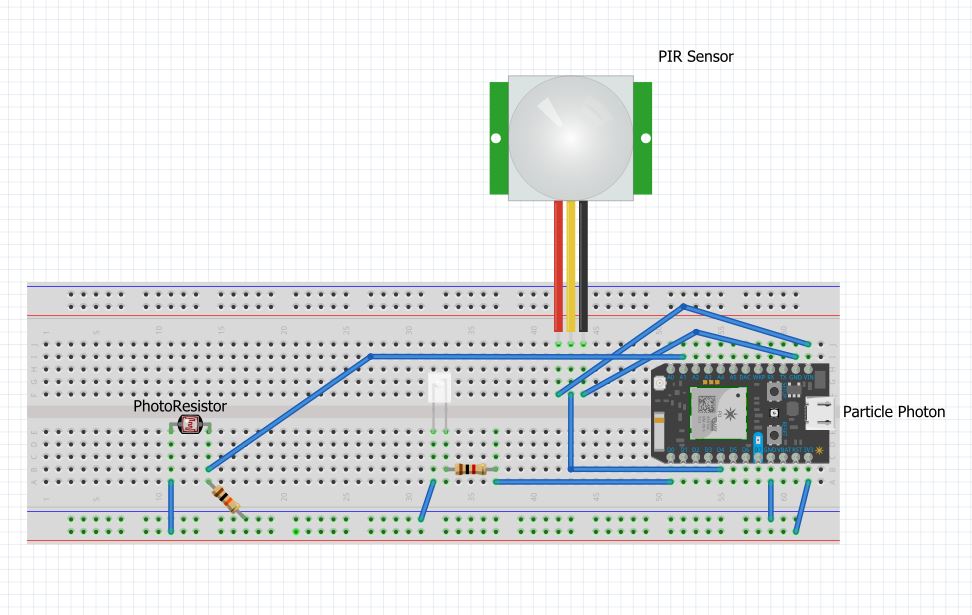 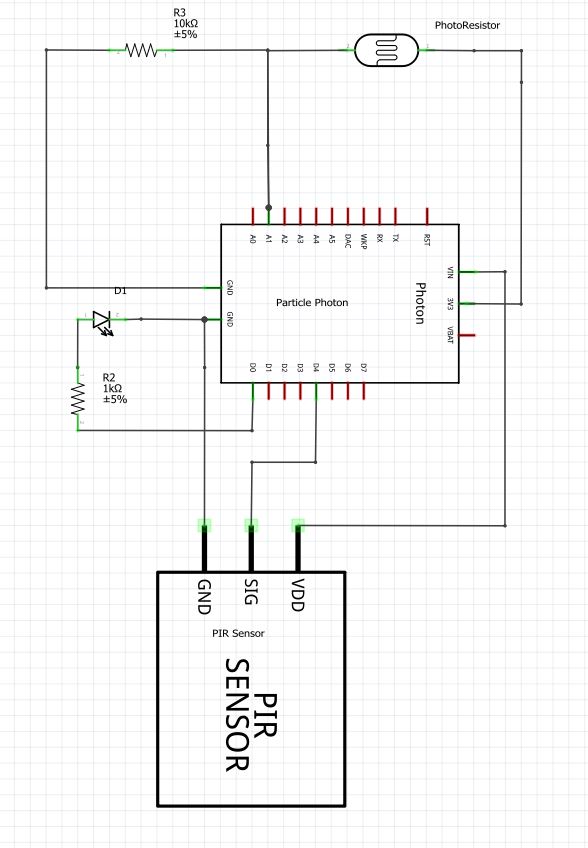 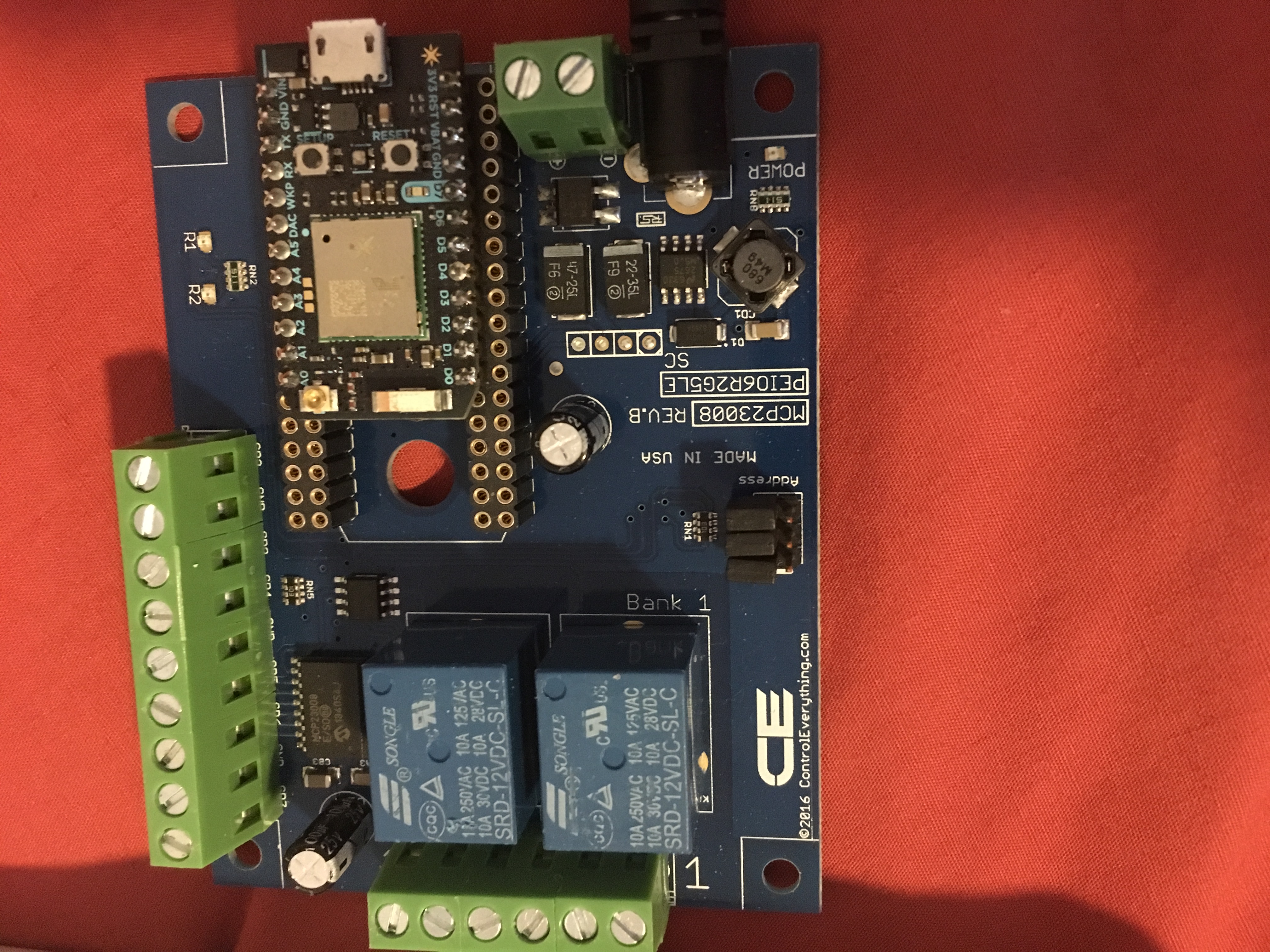 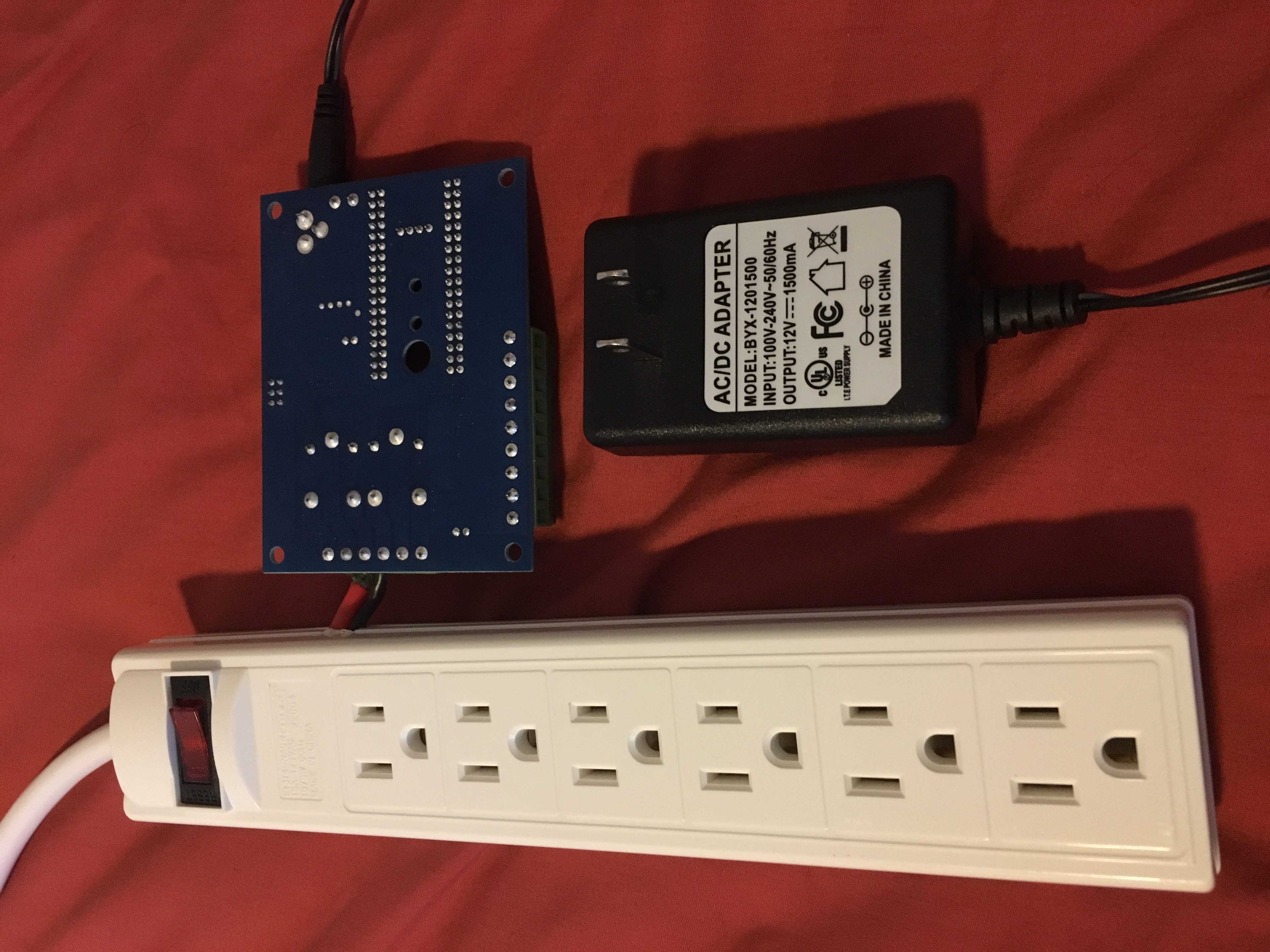 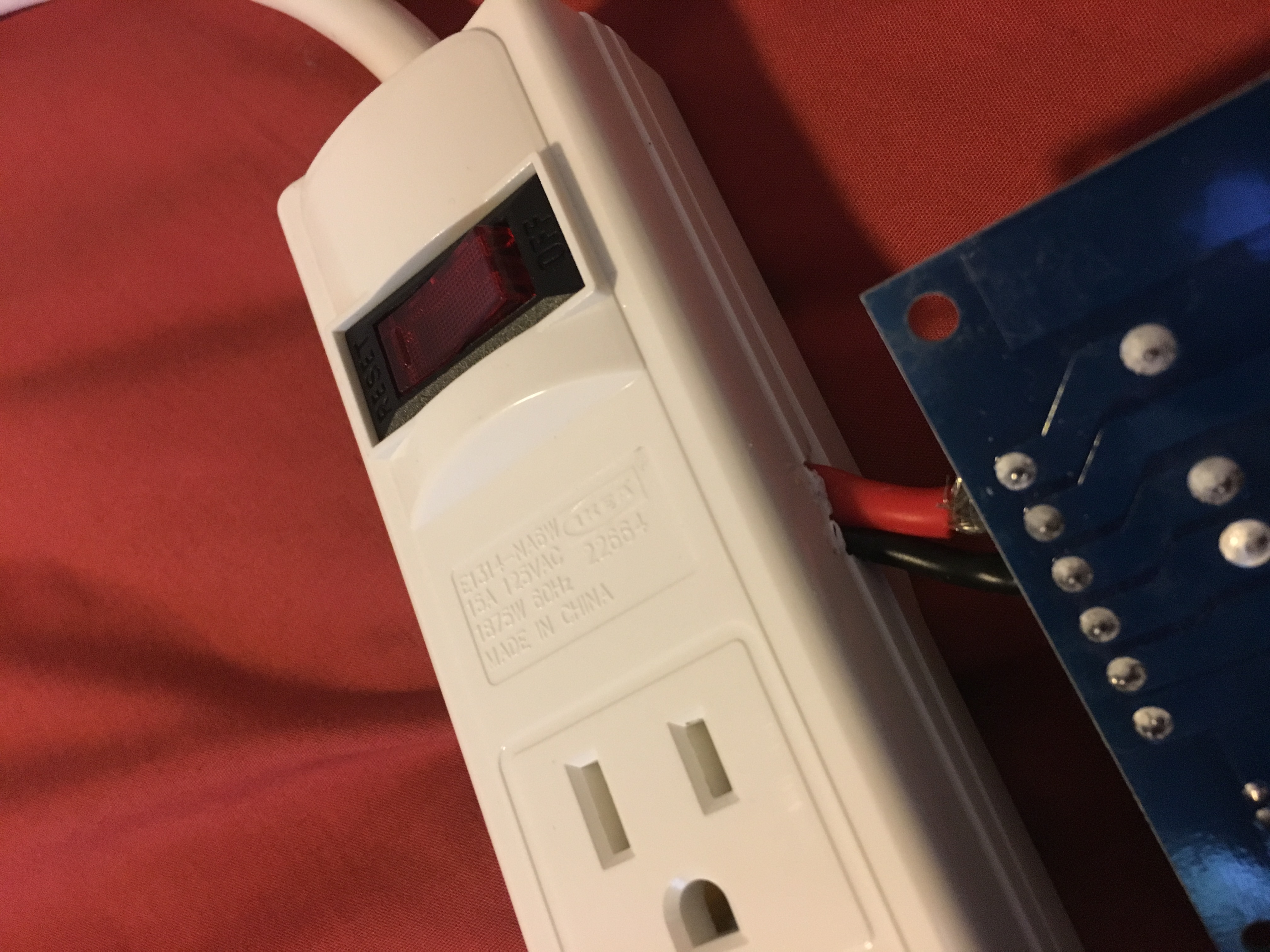