Get cell phone notifications when the front doorbell is pressed

Get cell phone notifications when the front doorbell is pressed 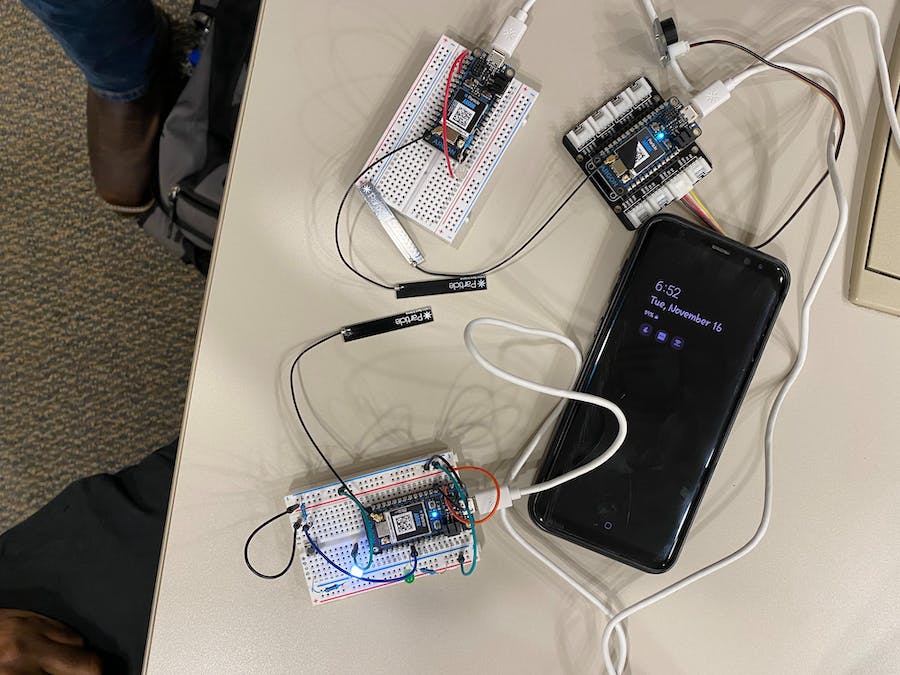 Our project is a design that increases the functionality of a doorbell by designing it to flash lights, and send notifications to a cell phone as well as sound an alarm that someone is ringing your doorbell. We decided on this topic because a lot of people in our generation relax at home with their head phones on either listening to music or playing video games. This design would allow people to relax at home with head phones on and allow them to receive a notification of the door bell ringing on their phone as well as having lights in their house go off.

The way this project works is having a push button sensor at the front door connected to a particle argon (Argon_1) which is connected to the internet. When the push button is pressed, a signal is sent to two separate Particle Argons (Argon_2 and Argon_3) through the cloud. The signal from Argon_1 is relayed to Argon_2 to turn a buzzer on and Argon_3 to turn an LED on. Once the signal from the doorbell button turns on the buzzer and LED, a notification is sent to a cell phone through the IFTTT app to notify you that someone is at the front door.

For Argon_1 circuit, the white LED stays on as long as the circuit is powered up to to let the visitor know that the door bell has power and is functional. When the push button is pressed, the green LED blinks three times to let the visitor know the signal has been sent to the home owner. All LEDs are connected using a 220 Ohm resistor and the push button has a 1K ohm pull down resistor on the unused pins to ground to keep the given input low until the button is pressed.

Argon_2 and Argon_3 circuits are very similar except the buzzer in Argon_2 circuit was replaced by the LED in Argon_3 circuit. The Grove Shield for the Particle Mesh was used in the video because it allowed Argon_2 and the buzzer to be connected without extra jumper wires. An alternative wiring without the Grove Shield can be found in the wiring schematic provided and depending on the type of buzzer used, a pull down resistor may be required. We could have consolidated the two circuits but decided to separate them so the LED and the buzzer could be placed in two different locations inside the house.

Here is the video of our design and feel free to leave a comment or contact us with any question. 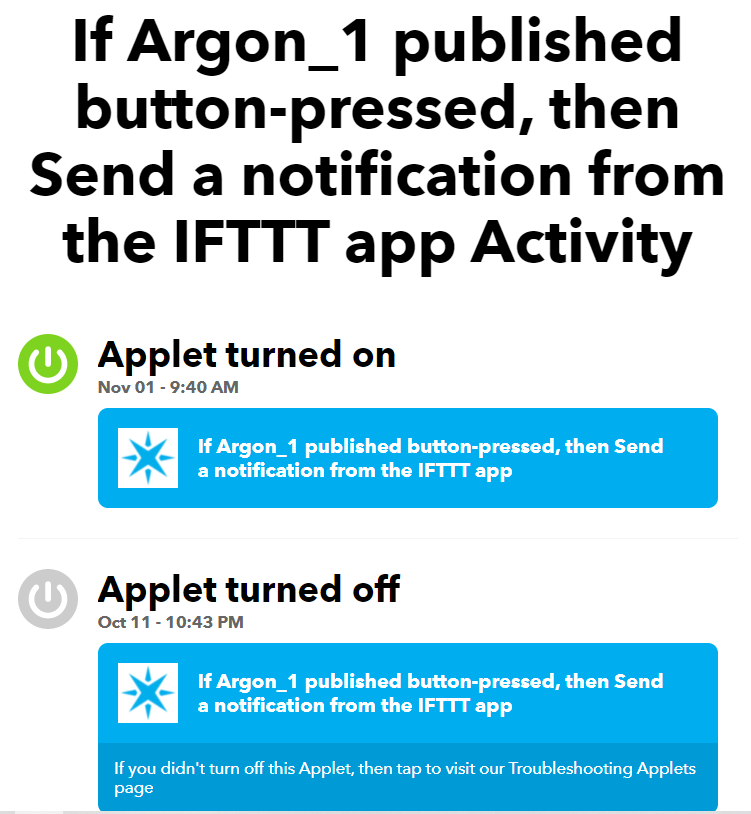 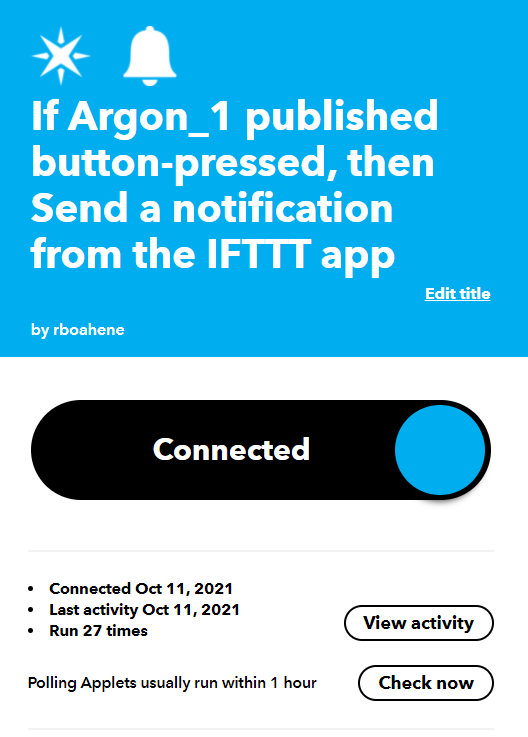 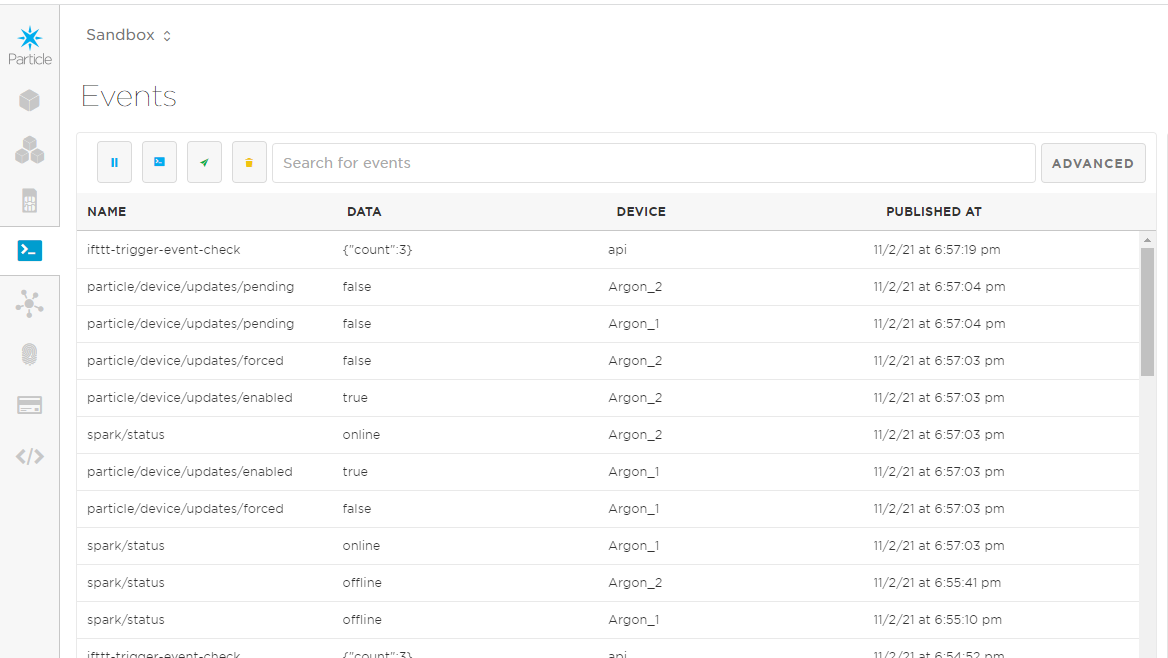