An Interactive Lamp that can be remotely controlled by sound, motion, and touch.

An Interactive Lamp that can be remotely controlled by sound, motion, and touch. 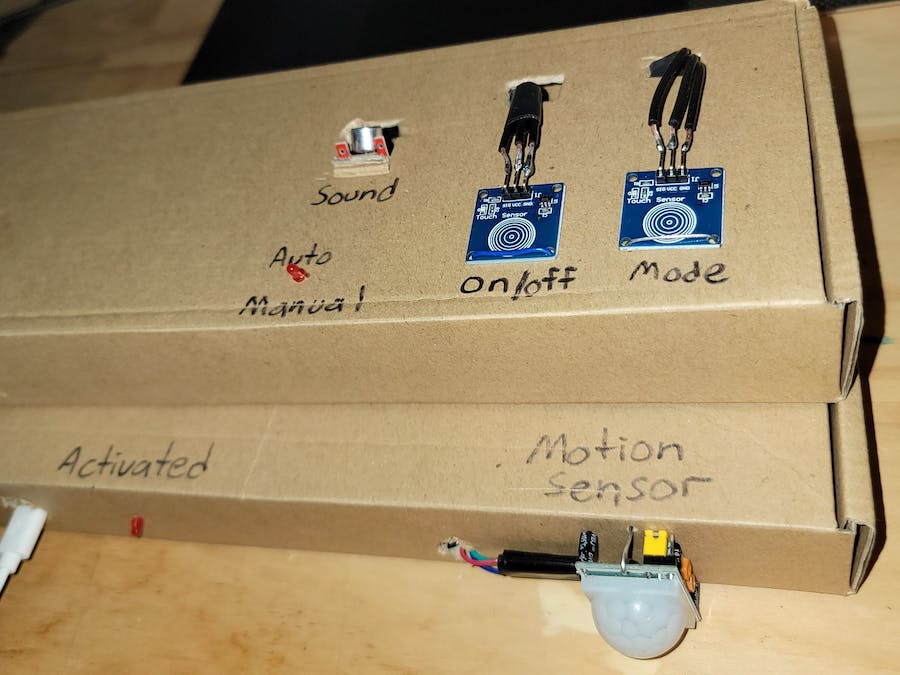 The IOT device we chose to create for the MEGR 3171 design project was an interactive lamp. Three particle argons were used for wireless data transmission. This lamp has three different sensors to switch the light on and off: motion, capacitive touch, and sound. The first sensors are 2 capacitive touch sensors, one that will turn the light on and off with just a touch, and the other that will change the mode from manual touch and sound to automatic motion activation. The mode is indicated by an LED on the touch and sound sensor module. Automatic mode turns on the motion sensor module, meaning the light will turn on when motion is detected. If motion is not detected in a set amount of time, the light will automatically turn off. The signals will be sent over the particle cloud to remotely turn on and off the lamp. The head argon unit that is attached to the lamp relay will send a signal back to these sensor modules to blink the onboard LED’s to confirm that the signal is being sent between these units. With three sensors to dictate whether the lamp is on or off, this system can fully automate turning the lamp on and off. Live lamp state data can be accessed from the internet. The times during the day that the light is turned on or off is logged and sent over to the internet from Thing Speak.

Here is the link to the Thing Speak live data mapping of our lamp: https://thingspeak.com/channels/1580958

The value of this automated lamp system comes from the accessibility and usefulness of it. The idea itself isn’t groundbreaking but this device system optimizes a lamp to be a little bit more practical. Imagine the following scenario, you enter your dark bedroom with your hands full. Instead of trying to navigate across a dark room possibly dropping your belongings, the light would turn on the moment you walk into range of the motion sensor, and if you desired the light to be on before that all you had to do was make a semi-loud noise above the decibel limit of the sound sensor. This lamp also has an auto-turn off function, if motion is not detected above a limit for a certain amount of time then the light will turn off by itself, this can prove useful to save electricity when a normal lamp would continuously run when left on by mistake.

What makes our lamp unique is the system in which it is set up and how new devices can be added. This system can be applied to any device with an on or off switch and can be used for multiple appliances be Motion sensor lights typically only have one input from the motion sensor itself and are used frequently in places like public bathrooms. Sound activated lamps aren’t commonly used, and are expensive. An infinite number of lights can easily be added to this system and be wirelessly connected as long as there is a WIFI signal. The uniqueness of this device comes from the combination of 3 different inputs into one ergonomic system.

Our team learned a lot about computer programming and circuit building. These new skills assisted the completion of our IOT device.

Here are some close up images of our IOT device.

Below is a short video showing how our interactive lamp works. 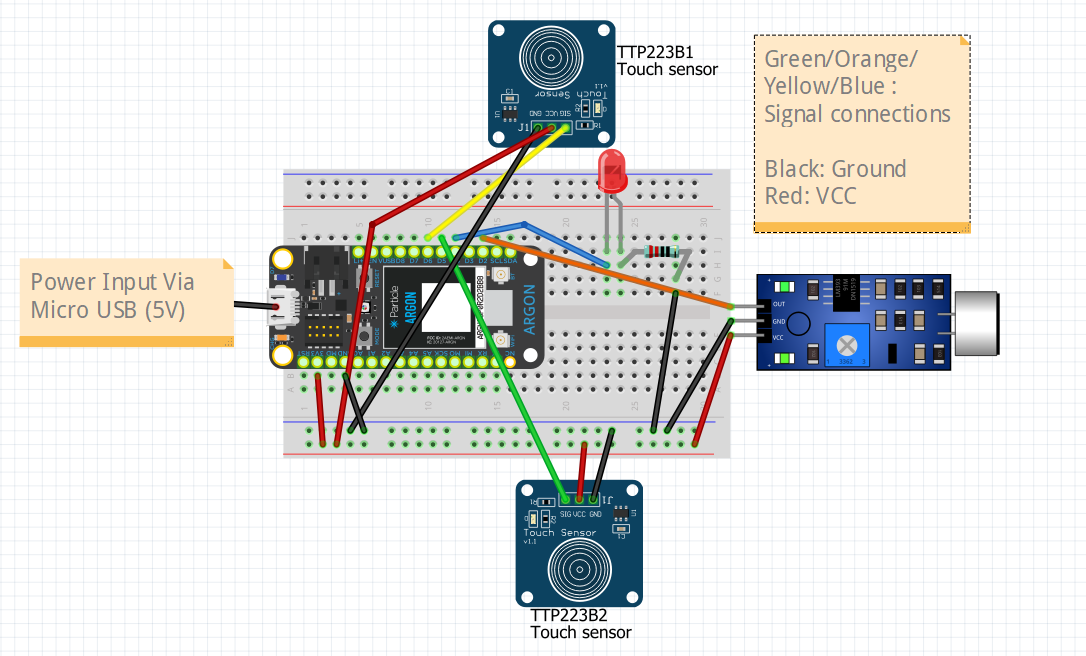 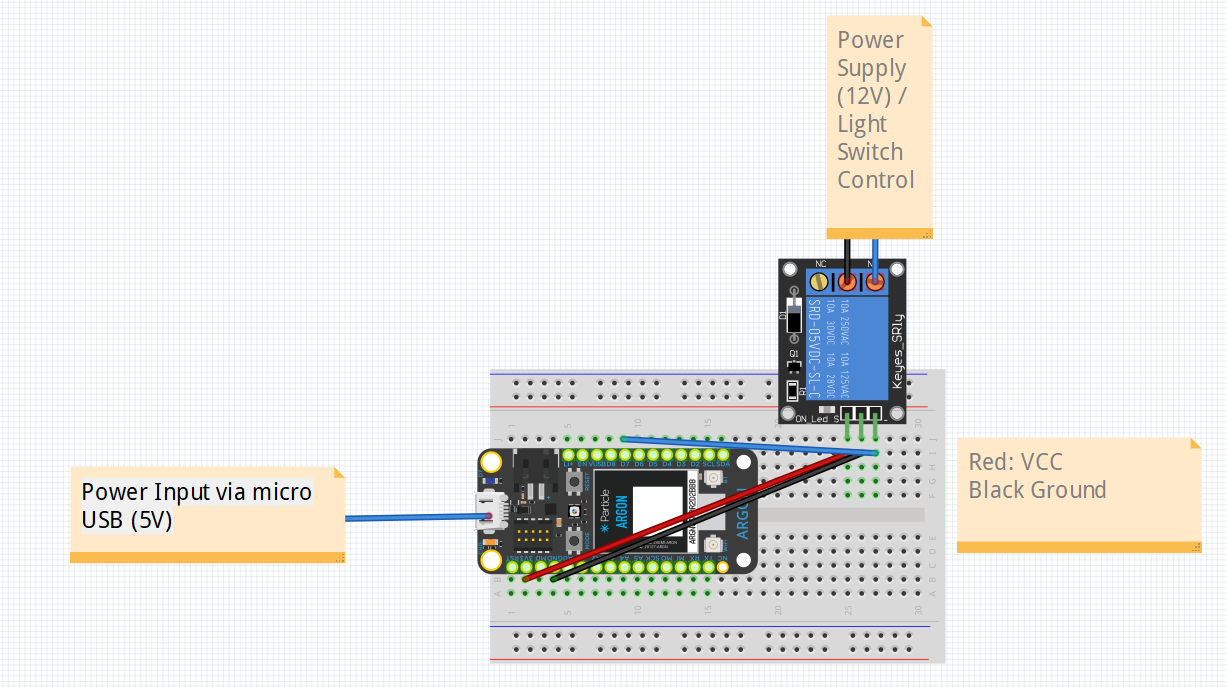 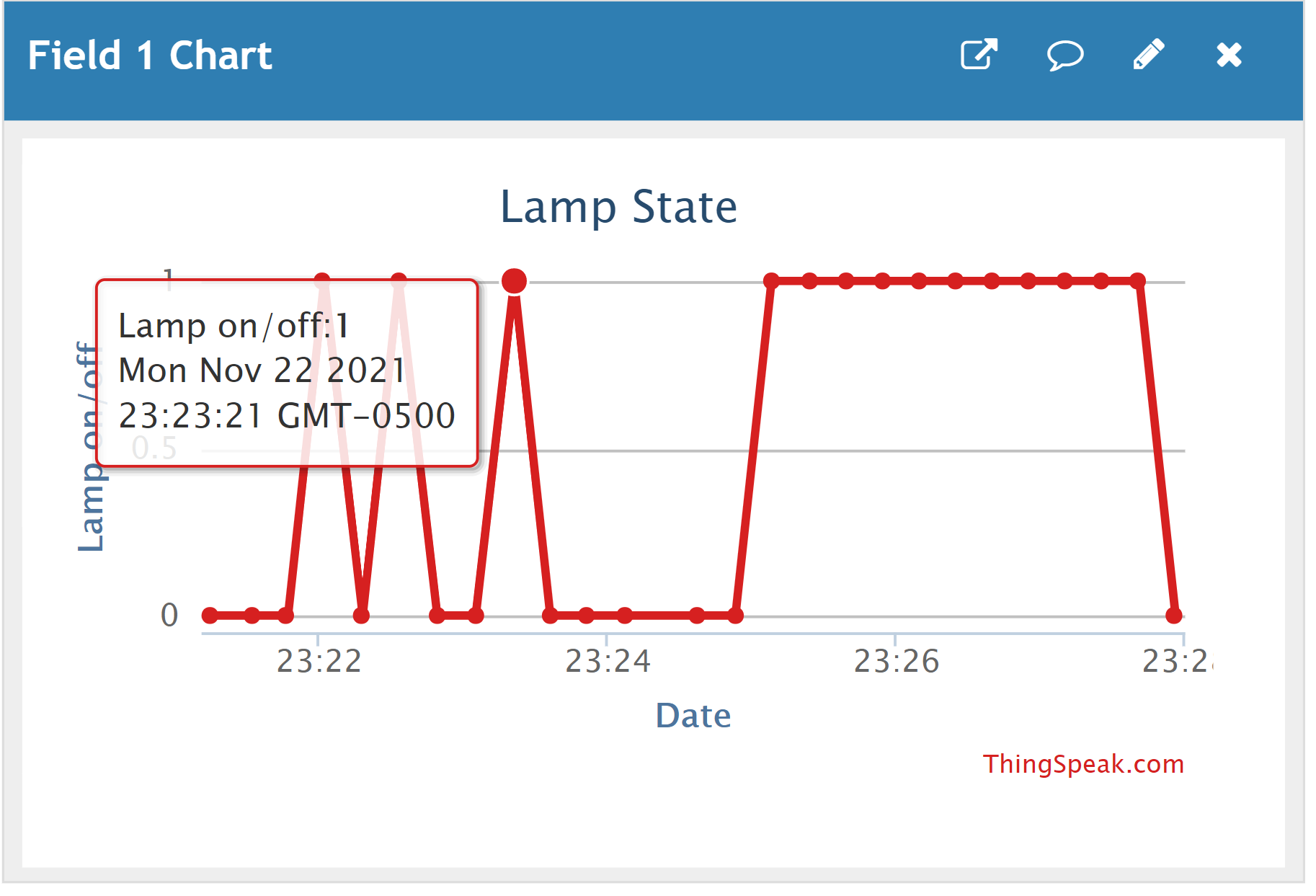