Use a couple of particles, an Alexa, and some other stuff to make an overcomplicated way of tracking your college's football team record!

Use a couple of particles, an Alexa, and some other stuff to make an overcomplicated way of tracking your college's football team record! 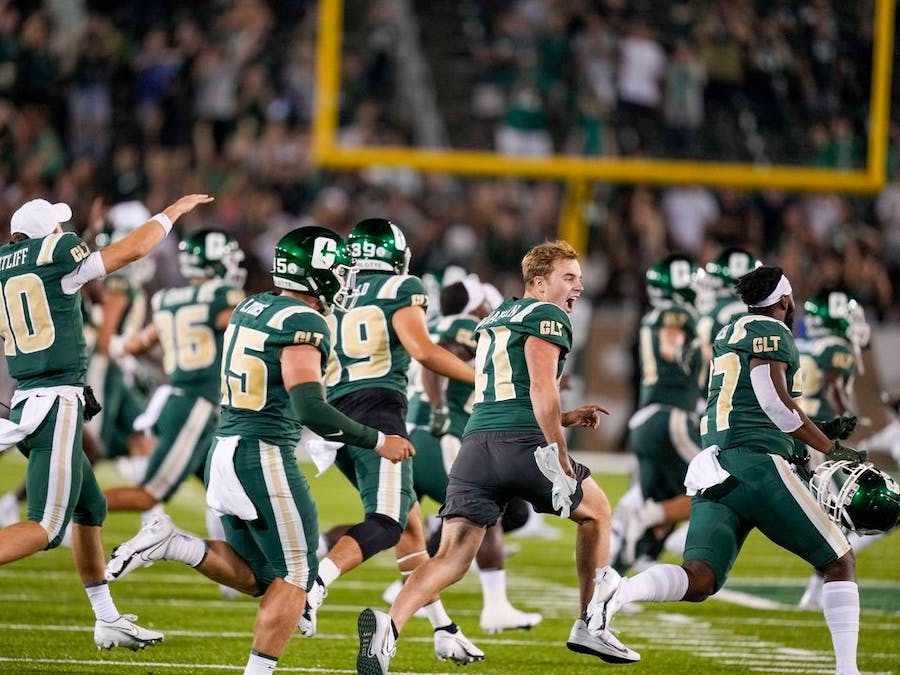 The premise of the project is simple, a user would tell their Echo Dot what the outcome of the game was, and then through the use of Particle and IFTTT, that result is displayed on both an LCD screen and a corresponding LED light. As time goes on, the results are also tracked in a Google Sheet so that the team record for the season could be seen at any time.

The Argon is great for connecting existing projects to the Particle Device Cloud over a Wi-Fi network.

As shown above, the two particles rely on communicating with each other in order to perform all of the necessary actions. How they specifically do this is explained later.

This project relies heavily on a program called 'If this Then That' which allows the user, once they have created a free account, to create workflows that can tie in all sorts of programs and functions. Since we want to use Alexa as the driver of the project, we have to set up the IFTTT responses to certain trigger phrases.

First, we set up a response for the way more likely outcome of a Charlotte win. We do this by using the Alexa 'If' and the Particle Publish 'Then' recipes, these can be seen below:

Next, we have to set up the way less likely outcome where Charlotte loses a game. For this, we follow the same setup shown in the overview, but with new values in the 'If' and 'Then' recipes. This is shown below:

Now that the Alexa recipes have been built, we can go ahead and build the Google Sheet recipes that will track the record of the team. For this, we will use the Particle recipe to sense when the event has been published and then use the GoogleSheet recipe to add a line to a sheet with the event name and time of the win or loss. This can be seen below for the scenario of Charlotte Winning:

Next, we can construct the same program but for the scenario of Charlotte losing a game. This uses the same structure as the overview and is shown below:

Now that all of the IFTTT recipes have been built, we can move on to the physical components of the project. It is important to note that for the Google Sheet recipe, IFTTT only polls to see if a function was published ~once per hour~, so if you want immediate results you should use the 'Check Now' button.

After the IFTTT recipes have been assembled we can now construct the physical circuits. Starting with the LCD setup, this was the most challenging due to the limited examples on the internet but turned out to be surprisingly simple:

Connect the LCD SCL pin to the Particle SCL pin. Run a 2.2k ohm pull-up resistor from the SCL pin on the Particle to the positive row of the breadboard.

The finished product is shown below:

Next, we construct the second circuit by building a very simple 'Blink the LED setup'. For this we just followed the example shown in the Particle Docs:

Now that both physical circuits have been wired, we can construct the code for the project.

To graph the live results of the project we used the IFTTT trigger shown above to publish the results to a Google Sheet. The resulting Google Sheet is shown below:

The equation used to calculate the wins and losses for the D3 and E3 cells is shown below:

After everything is said and done, the project runs smoothly and efficiently. A video demonstration is below: