Our project helps you keep piece and mind while having a motion-activated sensor at your front door.

Our project helps you keep piece and mind while having a motion-activated sensor at your front door.

Stop worrying about all of those tedious locks

We wanted to create an easy and safe security system that any beginner could create. This system will use a trio of Particle Argons, a photocell, a motion sensor, and a buzzer. The motion sensor detects motion on the front porch and alerts the LCD screen. Then once the door is opened, the photocell detects a light change and sounds the buzzer.

The first argon is connected to the LCD screen, buzzer, variable resistor, and LED. The motion sensor on the second argon detects motion outside the door and sends the data to the screen to display motion activated. The LED acts as a confirmation to the circuit that it is running correctly.

The second argon is connected has the motion sensor which detects any movement outside and relays the information back to the screen.

The third argon acts as a laser sensor by using a photocell and an LED. The photocell is attached to the door that swings open when the door is moved. It detects the light from the LED that is constantly on and as it opens the light disappears which then alarms the buzzer. 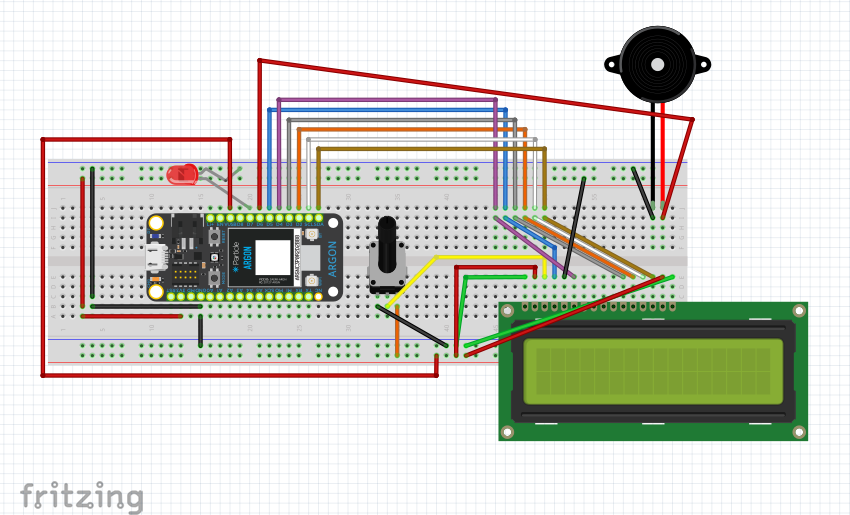 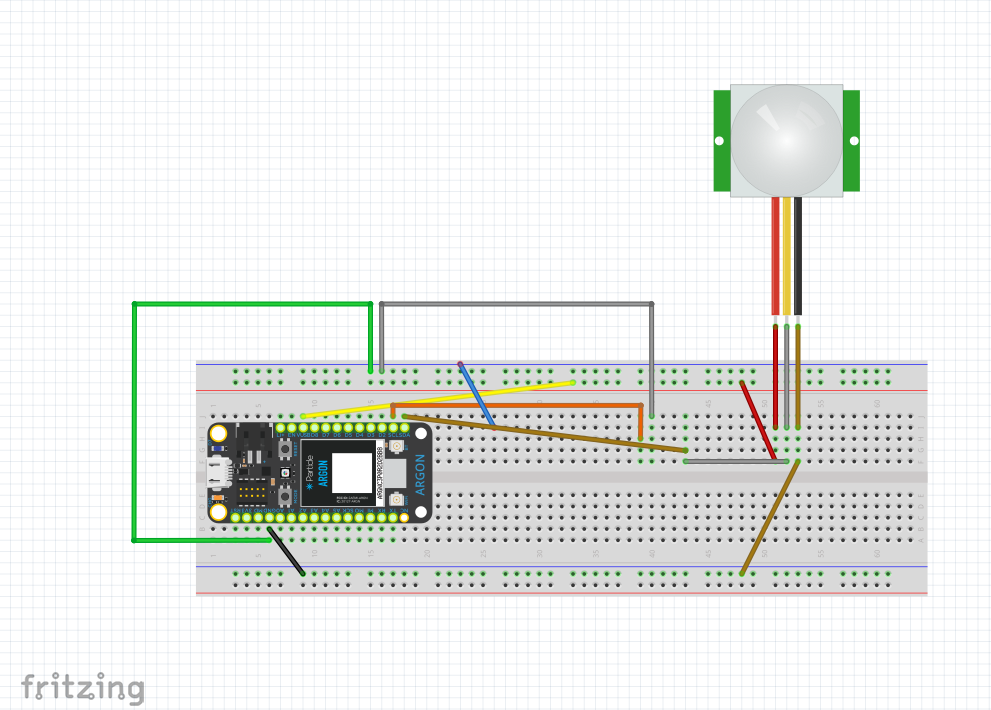