Setting up and Building a parking sensor with Particle Argons, digital, and analog sensors.

Setting up and Building a parking sensor with Particle Argons, digital, and analog sensors. 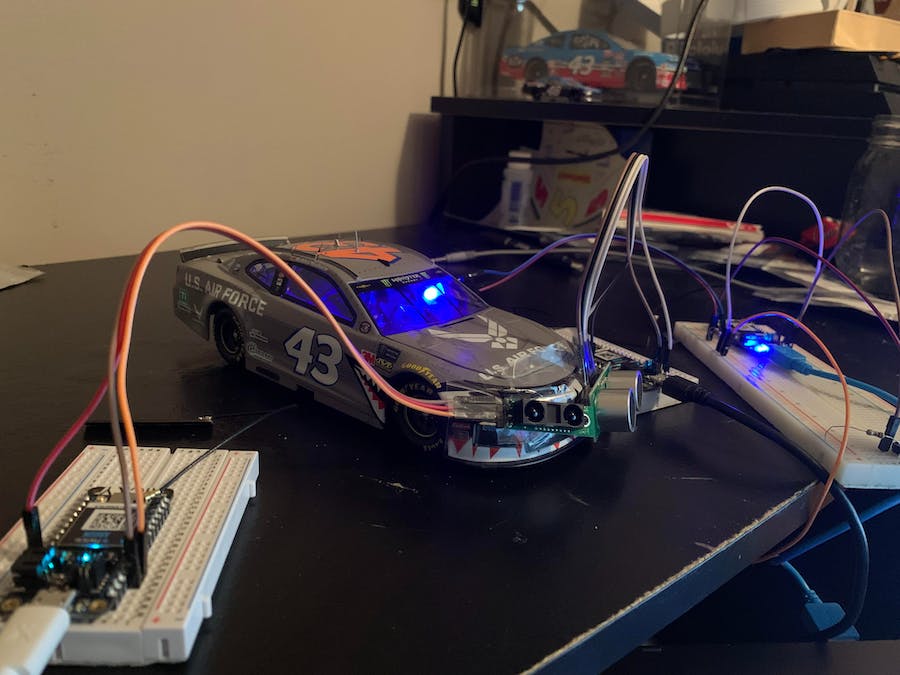 In the Measurements and Instrumentation class at UNC Charlotte, students were tasked with designing and delivering an IOT project that solves a problem.

Every driver has hit an object in front of them while trying to park once or twice in their lifetime. The worst thing you could do while trying to park is hit the car that is in front of you. Sometimes you leave a note, but sometimes you just leave because you get tired of waiting for the person to come out of the store and you leave yourself feeling guilty. The parking sensor we made will prevent that situation from ever happening. This product uses bidirectional communication with three Particle Argons to turn a light on when you approach something that is 2 or less feet in front of you.

What makes your solution novel?

This product could be used for any moving vehicle, car, bus, motorcycle, dirt bike, or even a plane (although you may want to be careful if you are using it in a plane). Every vehicle loses its value if there is damage done to the body and this device makes it less likely for that to happen.

How are your newly acquired IOT skills allowing you to bring such a solution alive?

This project really tested the problem solving skills of us future engineers. We encountered any different obstacles in our path of creating a successful product. We first had to learn about what particle argons do and what sensors we could use to make our idea come to life. We then incorporated what we have learned across this course to develop a code that brought our idea to life. We believe that our product would be useful for any driver.

Particle one (By the schematics, Argon J) has a button in the circuit. When the button is clicked, it publishes a statement into the cloud.

Particles two and three (Argon K and R) will subscribe to this statement from Argon J and will run the code. Argon K has an Ultrasonic sensor, and Argon R has the analog distance sensor. When the ultrasonic sensor comes into range, it publishes a statement saying it is in range. When the analog sensor shows a count value greater than 575 (approximately 2 feet from object), then the argon will publish a statement saying it is in range.

Particle one will subscribe to the in range statement from either of the other two argons, and it will turn on an LED. This LED will be attached to the dash for ease of use for the driver.

As Argon 2 comes into range, it communicates with If This Then That (IFTTT):

As it is communicating with IFTTT, it is recording every time it reads that the ultrasonic is in range and it is plotting it into a Google sheets file:

The video below shows the whole system set up and working and how you can implement it inside any vehicle. 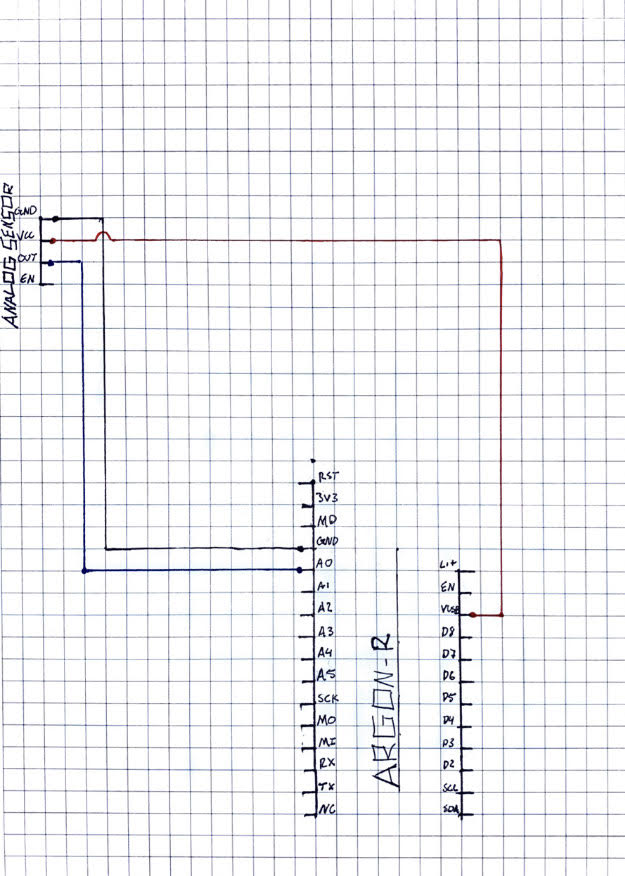 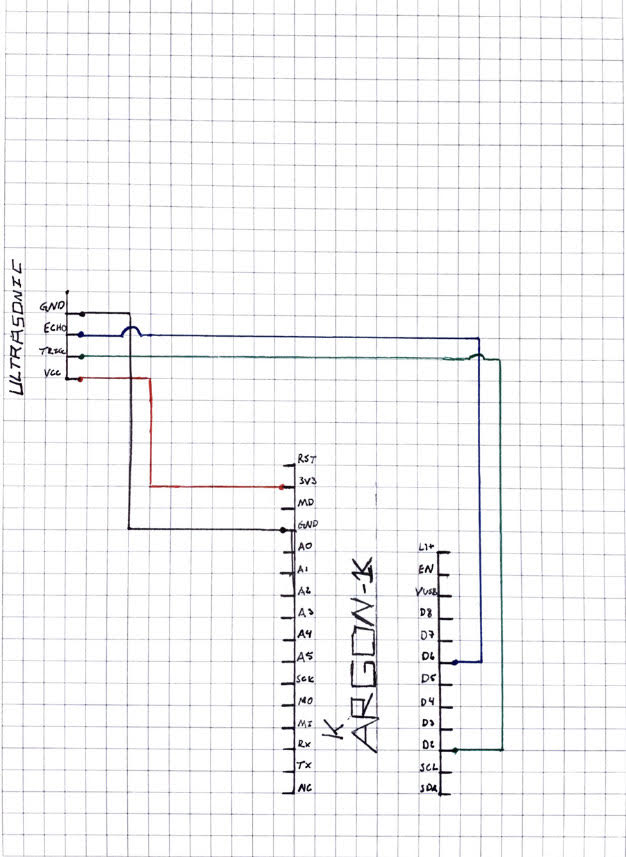