Keep forgetting to get your laundry before it wrinkles? No longer with this laundry notification device!

Keep forgetting to get your laundry before it wrinkles? No longer with this laundry notification device! 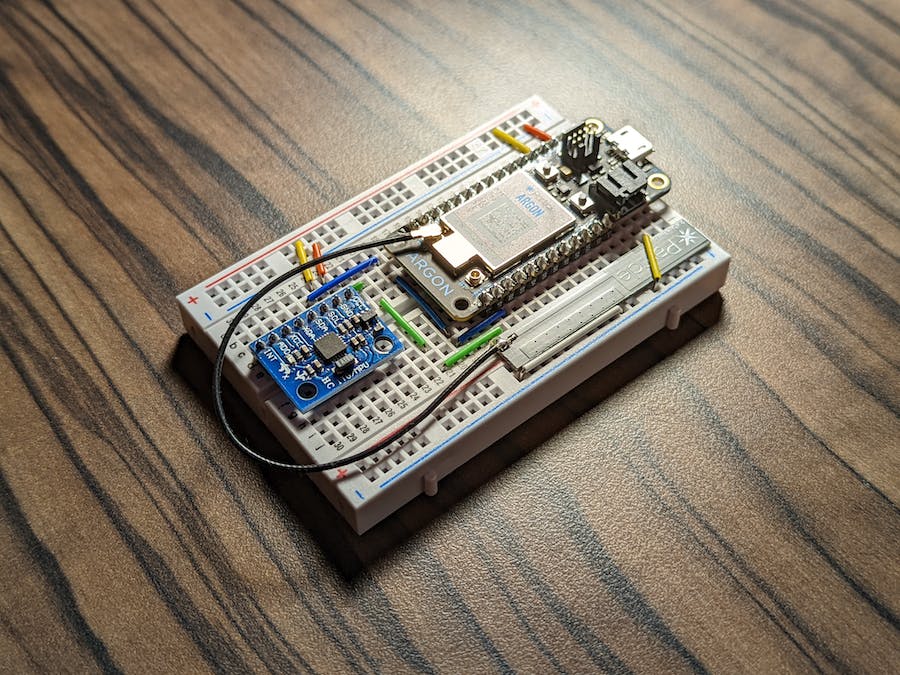 It utilizes two Particle Argons. One Argon senses the movement of the laundry machines and sends it to the other Argon, which turns on an LED when there is enough movement.

The first step is building the sensing circuit. A GY-521 module, a breakout board for a MPU-6050. This board contains a three-axis accelerometer, a three-axis gyroscope, a digital motion processor, and a temperature sensor.

For this project, only the accelerometer was utilized. The GY-521 was connected to the Argon as shown in the circuit diagram.

Once the circuit was built, it was tested and calibrated using the serial plotter in the Arduino IDE.

This plot shows that the acceleration stays roughly zero when still, as expected. When the accelerometer is lightly moved around, it easily exceeds 500. This will give a good baseline value to use in the Argon Code.

The second step is building the notifying circuit. This circuit utilizes a switch and an LED. When the switch is pressed, the D7 LED on the other Argon lights for 20 seconds, to check that the connection is established. When the sensing circuit reports that the laundry machine is running, the LED turns on.

The first step is to include the MPU-6050 library in the code, which assigns the values output from the MPU-6050 to usable variables. These variables are defined as ax, ay, az, gx, gy, and gz. The ThingSpeak library is also included, in order to publish the live data from the sensor.

The Particle.subscribe function is used to listen to the other Argon. When the button is pressed on the other circuit, the LED on the sensor circuit turns on for 20 seconds. This allows the user to ensure that both Argons are connected, and establishes 2-way communication.

Whenever the x-acceleration exceeds 500, which is very likely during a laundry cycle, an event named "Running, " along with the acceleration value, is published to the cloud. The data is also constantly published to ThingSpeak for live data graphing.

The data is constantly published to ThingSpeak every 15 seconds, as this is the quickest ThingSpeak can receive data. This allows you to see when the laundry is running, and any unexpected high acceleration values (for example, if your laundry machine is bouncing around from an uneven load).

The live graphs can be seen here. 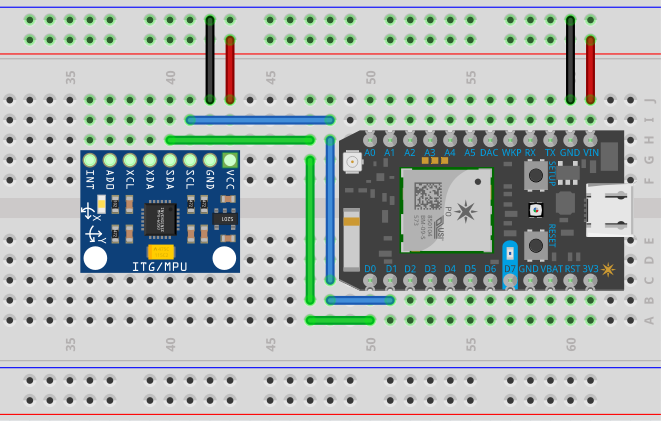 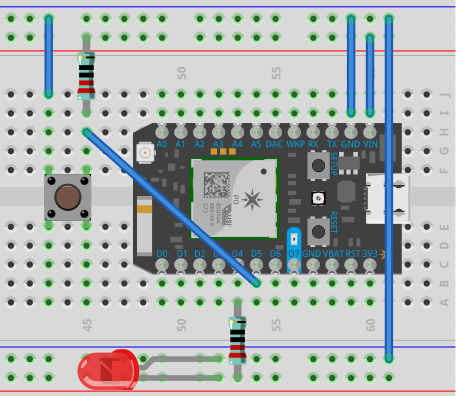