The Wakeup-Inator is a system that serves as a manual alarm and the ultimate accountability partner that will ensure no man is left behind.

The Wakeup-Inator is a system that serves as a manual alarm and the ultimate accountability partner that will ensure no man is left behind. 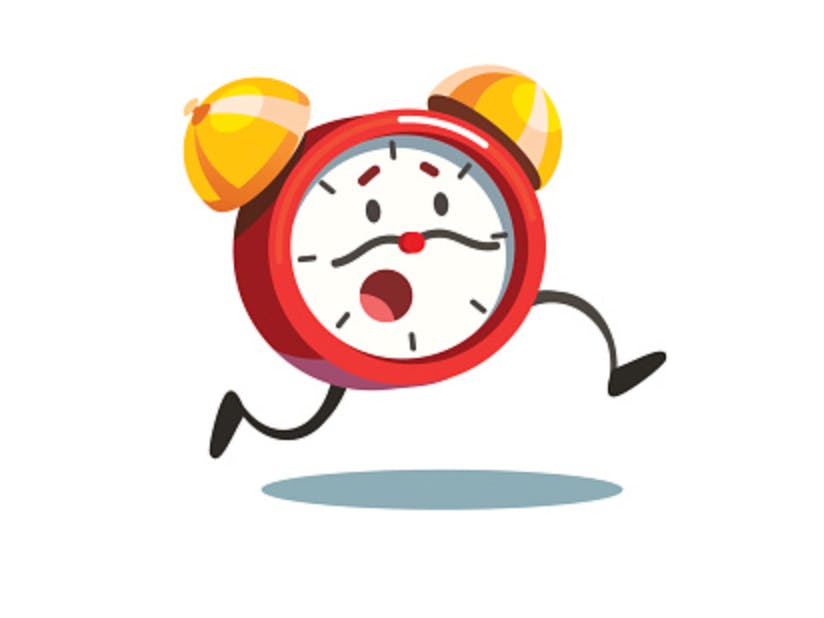 The WakeUp-Inator is a system composed of two Particle Argons that communicate back and forth to maintain productivity and class attendance, serving as the best way to be held accountable using sensor technologies. If you've ever had a lazy friend, then this is just the set up you're looking for. As a friendship duo who has ensured to register for the same classes for the past three years, it's inevitable that we have differing strengths and weaknesses. While one of us likes to rise before the sun, that's about the time the other goes to sleep. This system acts as a manual alarm clock to warrant an equal partnership in this educational endeavor called college.

When it comes close to class time, or we have a busy day ahead, the pressing of a pushbutton on Anna's Argon sends a signal to the opposing Aaron's Argon, iHuman, which sounds off a loud buzzer and lights up a red LED. The button can be pressed as frequently as needed, as the buzzer only sounds for two seconds. For the sake of Aaron's sanity, one should hope that a single press of the button is all it takes.

In response to the buzzer signal, motion detected by the ultrasonic sensor at a distance of 200mm will send a signal back to Anna's Argon, sounding off a buzzer and lighting a blue LED. This will serve as a notification that Aaron is up and on the move, proving success of the manual alarm, being the first step to generating better sleeping habits, and better attendance. 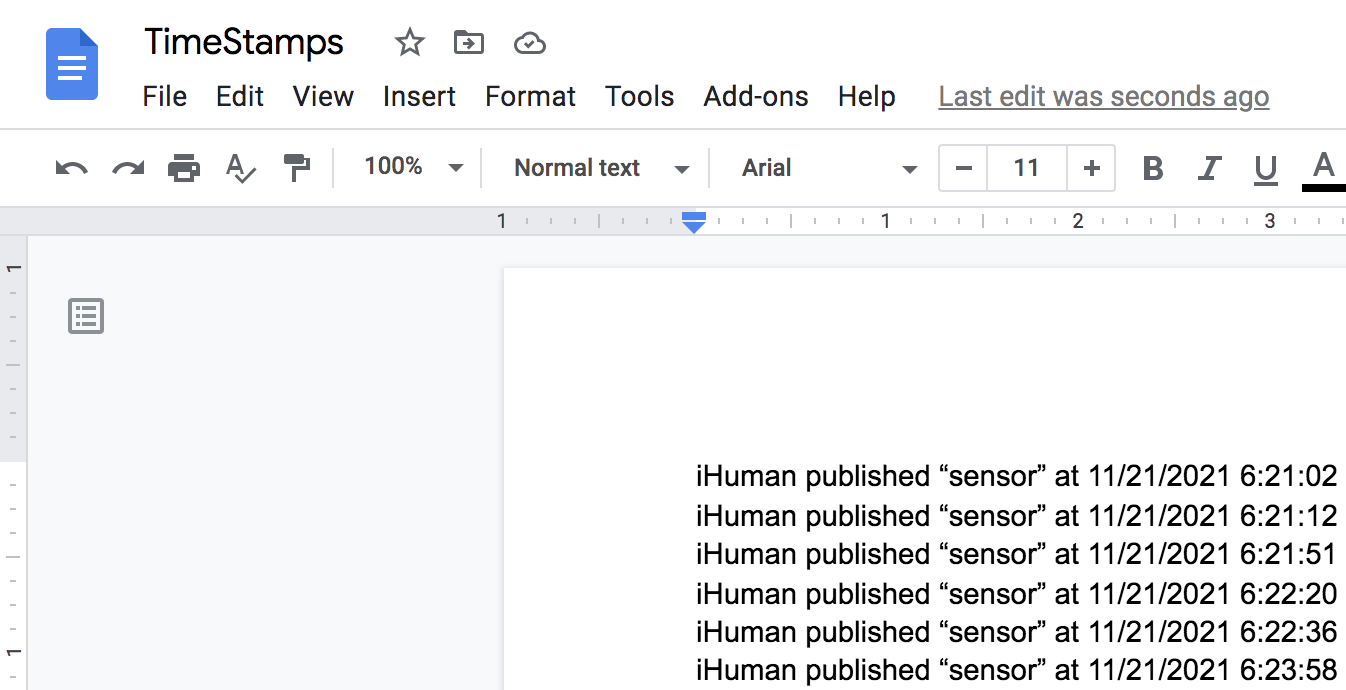 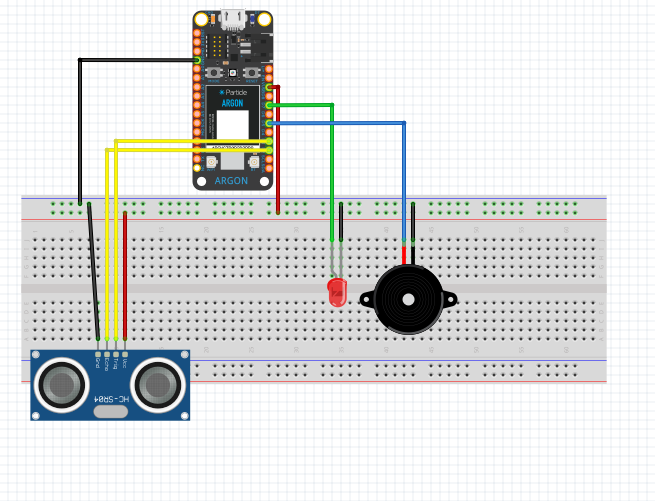 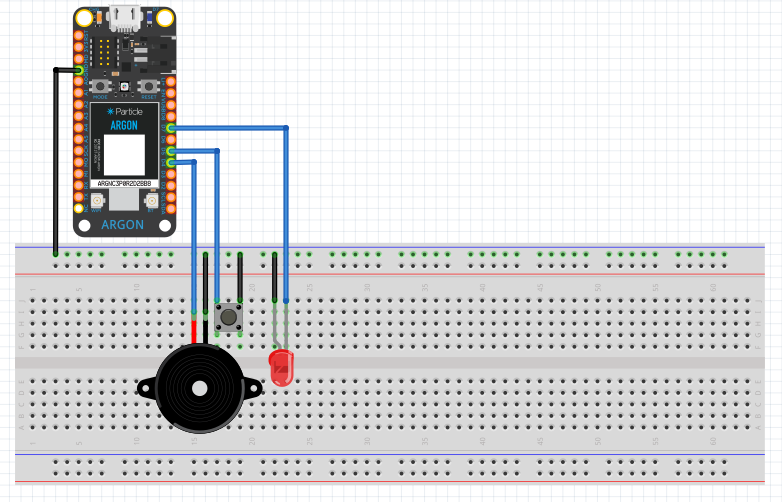 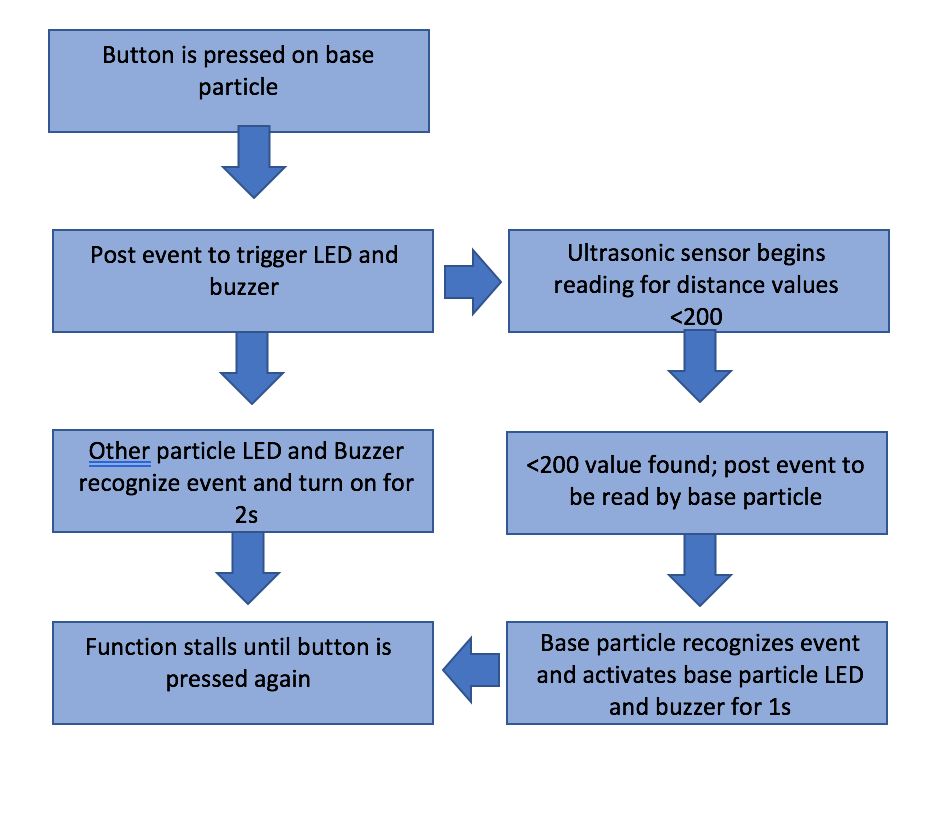