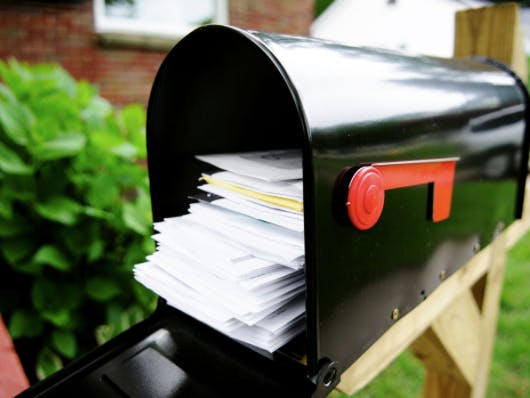 To detect motion, a PIR sensor was connected to a particle photon. When it senses motion, the photon publishes the event, 'Mail_Man'. Once published, an email alert is sent to the user, by the service IFTTT. IFTTT also sends this event data to a google sheet, where the data is graphed. Both photons are subscribed to each other and monitor events published.

The photon circuit with the PIR sensor is placed inside the mailbox, on a cardboard platform. When activity is detected, it publishes the event "Mail_Man", which sends an alert to the user. The second photon subscribes to the photon in the mailbox and when the event is published, its buzzer plays a tone, alerting those inside, that the mail has arrived. It also publishes the event "Received", when it sees that "Mail_Man" is published. When "Received" is published, the first photon flashes its LED at D7.

*****NOTE: Due to the recent package bombings in Austin, TX, this project WAS NOT left in the mailbox while the mail man delivered mail. We didn’t want to scare him or have the bomb squad called out... 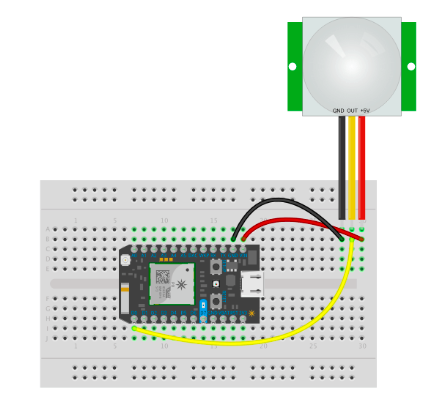 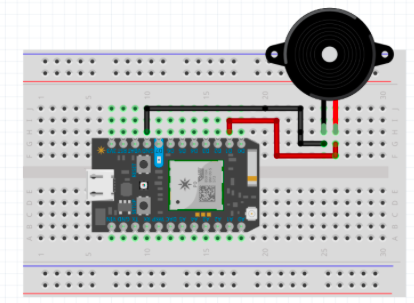 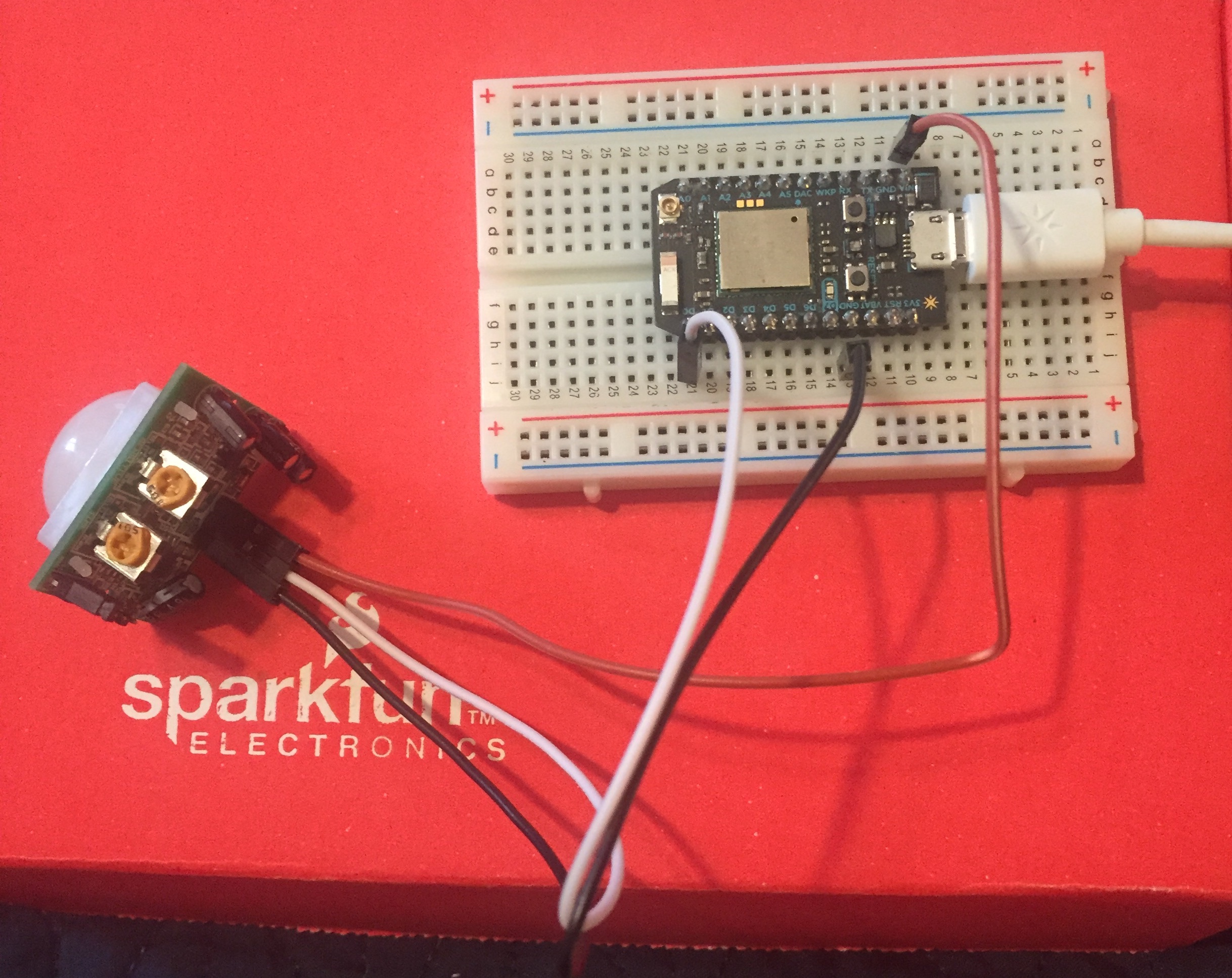 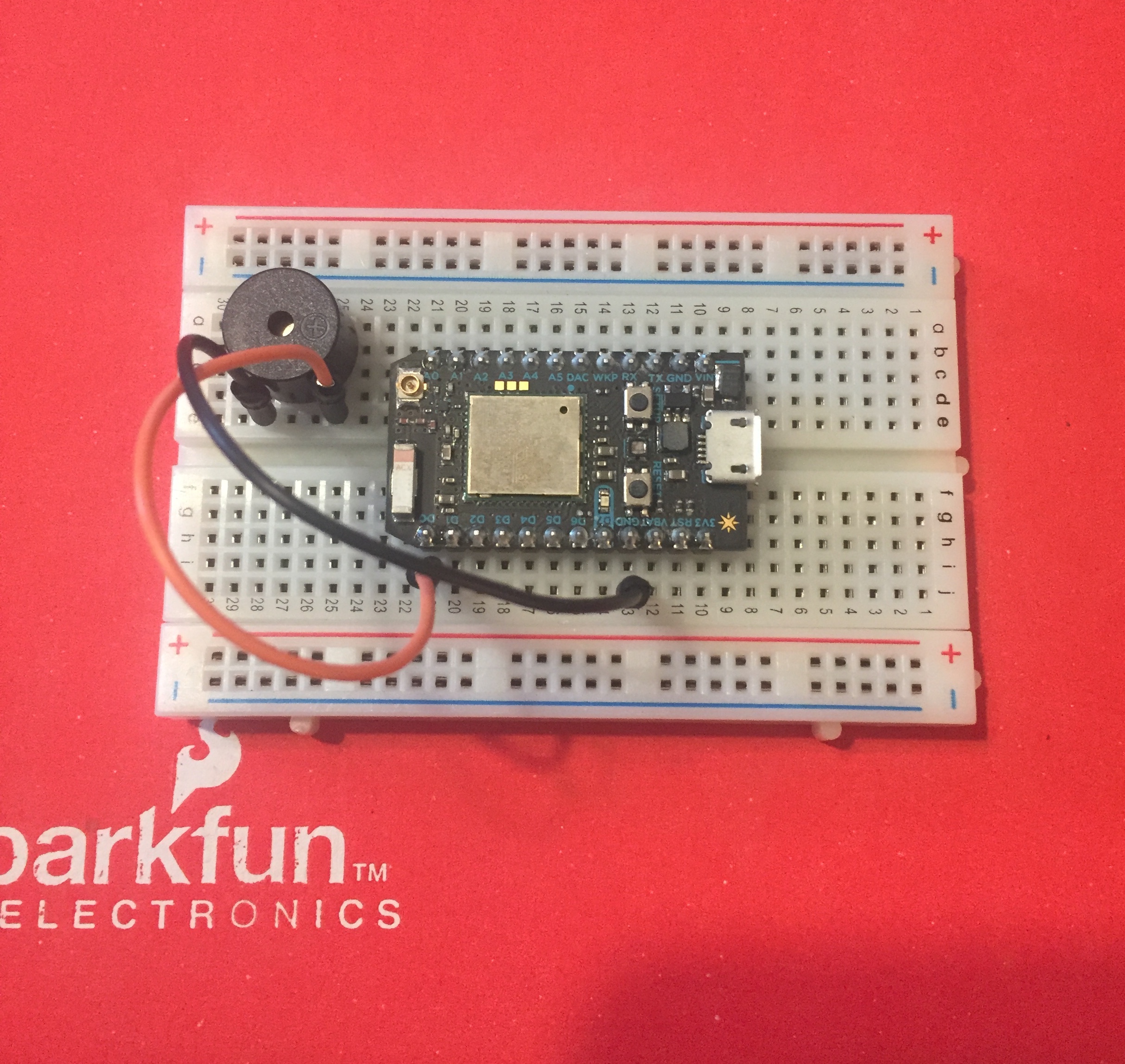 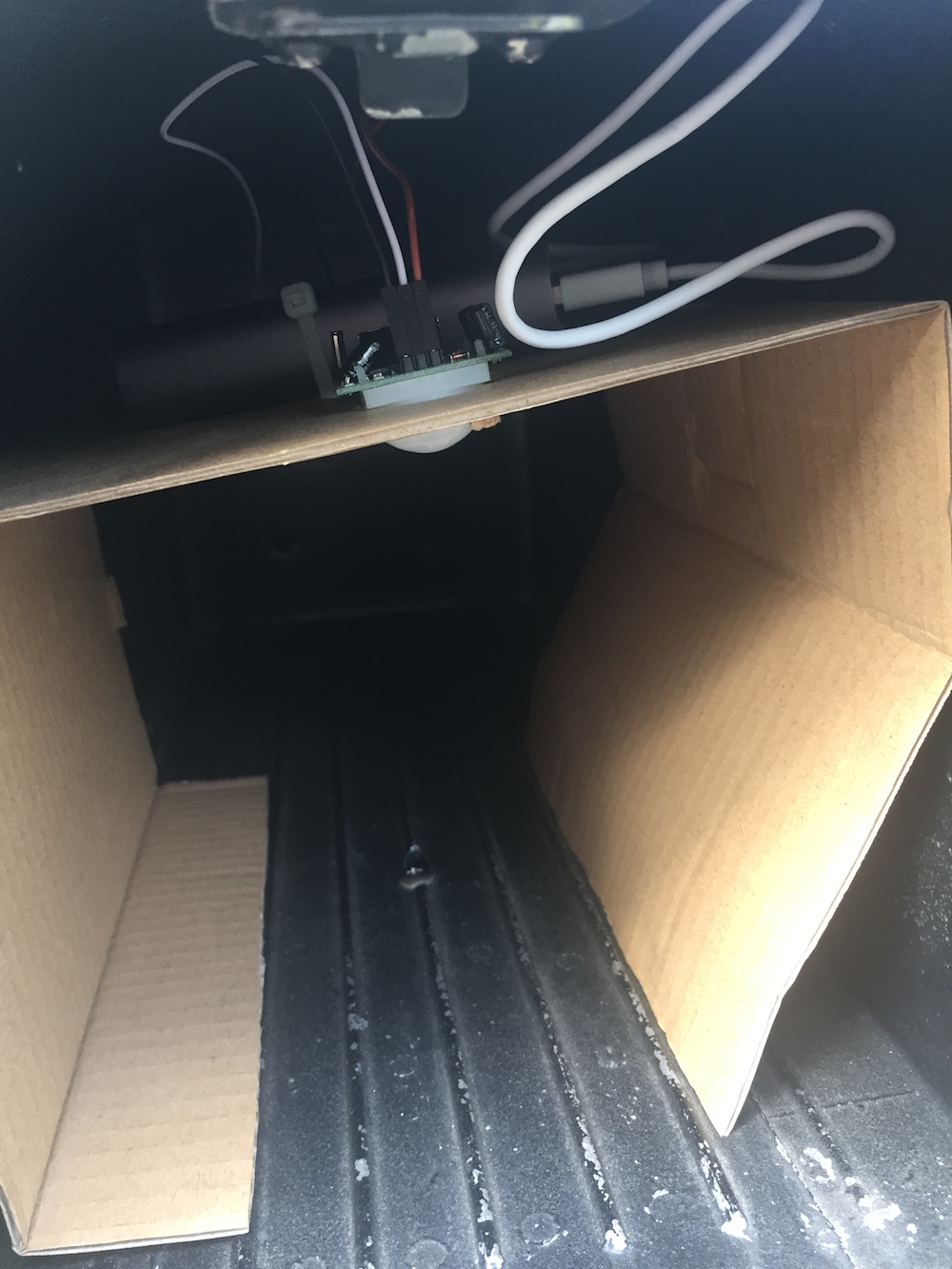