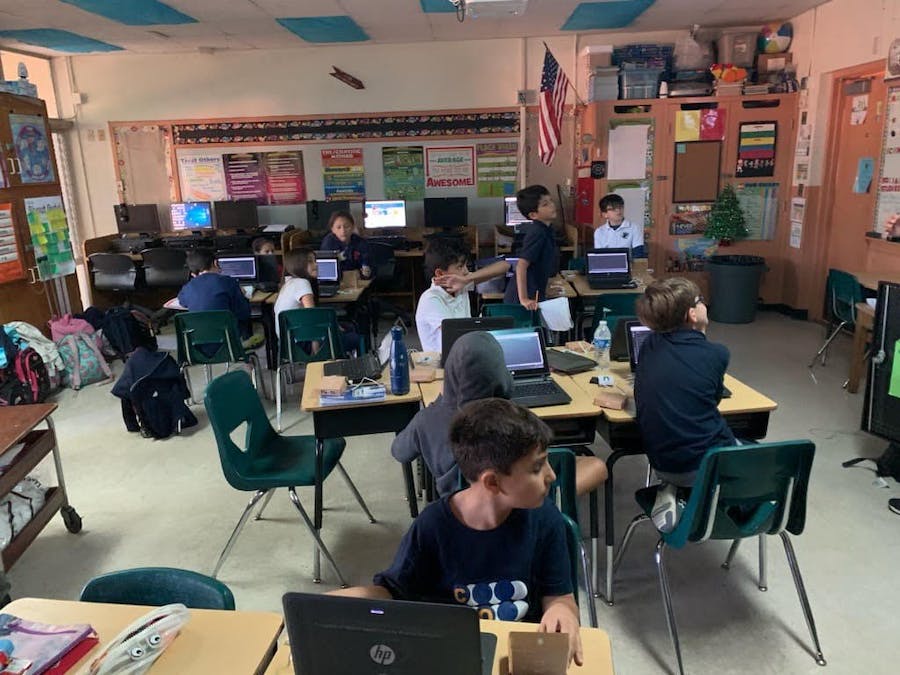 After a hiatus of working personal projects, I'm back!! To get back into the swing of things, I decided to make a post about a workshop I held a while back. This is going to be more of a blog post rather than a tutorial.

Back in 2019, at the Miami Maker Fair, I made some great connections with a lot of amazing tech companies, like Particle and Matrix labs. When I went up to Particle's booth, I had a nice conversation with one of the employees about maker stuff, MIT, and Miami. After talking for a bit, Joe Quinn, the employee, gave me an offer: he told me he'd give me a few Particle boards if I promised him I'd put them to good use and tell him about it later. I quickly accepted (it's free stuff, I couldn't say no) and started thinking about what projects I could make.

A few months go by and I get a package and a letter in the mail with a Particle sticker. When I open the package, I'm greeted by a couple Borons, Xenons, and Argons along with a few maker kits. I get more excited when I open the letter and a bunch of stickers fall out. I had asked Joe to send me some stickers to put on the projects I would be making but I didn't really expect as much as I got. Not complaining though.

After tinkering for a bit and learning about how the boards work, I asked my computer science teacher for any project ideas he had. He brought up how an elementary school in the area was actually looking for someone to teach the kids about technology and STEM in general. I then got the idea to make a curriculum to teach the kids about coding using the boards I got. I talked to the school's principal and STEM teacher to set up a date and time, I talked to Joe and a few other makers a little more to learn how to plan a good curriculum, and I partnered with my good friend, Jorge Arias, to help me teach the class.

A couple of weeks go by and it's finally the day of the workshop. Now since this was my first workshop, I wasn't really all that confident on how it was going to turn out. But of course, Jorge and I still went through with it.

We got everything set up, with each kid on their own laptop and Photon board, and they seemed pretty curious about what they were going to be doing. We were a little clumsy in the beginning; a lot of stuttering and talking over each other, not knowing how to transition properly from one topic to the next. But eventually we got the hang of keeping the kids engaged and getting them to understand most of what we were talking about.

We told the kids about the almost infinite possibilities of using a Photon for projects and how useful it is as an introduction to being a maker. We tried to explain everything as fundamentally as possible and use concepts the kids already understood. We related variables to boxes, pseudo-code to maps, current to traffic, and resistance to traffic jams. Overall, the kids were quick to understand the simple principles and asked a lot of questions in between breaks (I was impressed).

Us leaving our mark

At the end of the lesson the kids were more curious than before and wanted to know when we were going to comeback. We talked to their STEM teacher and he was fine with having us come in once every two weeks or so.

Teaching felt really rewarding, to be honest. I would have like to expand the workshops that I was planning and go to more schools than the ones just in my area, but I hadn't found the time during the school year to plan ahead much or do more research. But with coronavirus and quarentine in full swing I think I found the time.