A physical indicator of the status of the webcam, increasing the awareness of being watched. (a 3 hours project)

A physical indicator of the status of the webcam, increasing the awareness of being watched. (a 3 hours project) 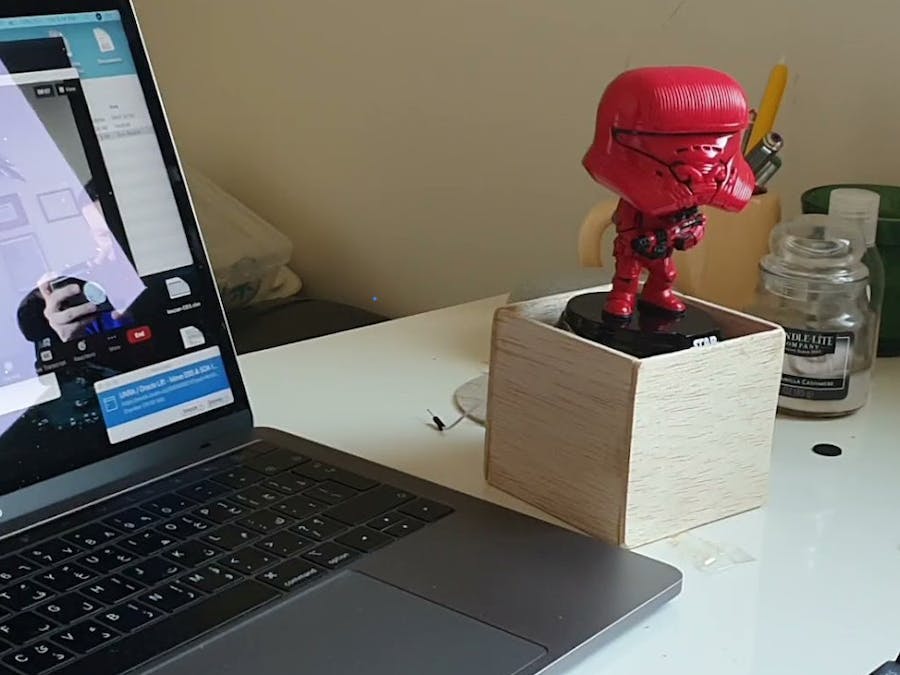 With the current remote work situation the fact that the webcam is on might be often forgotten. In this weekend mini project I have built a physical Camera status indicator using Particle Photon that helps reduce the possibility of potentially awkward situations by acting as a physical reminder of the camera status.

The Red Stormtrooper looks in your direction when the camera is on, and when it is off it looks in the other direction, serving as a physical reminder that someone is watching you.

Initially conceived as a mini weekend project with my daughter I went for the simplest possible build using a bash shell script to detect the camera status and particle photon to move the stormtrooper. I repurposed an enclosure from a previous project with some modifications, and chose to make it battery powered to keep it as a self sufficient package. 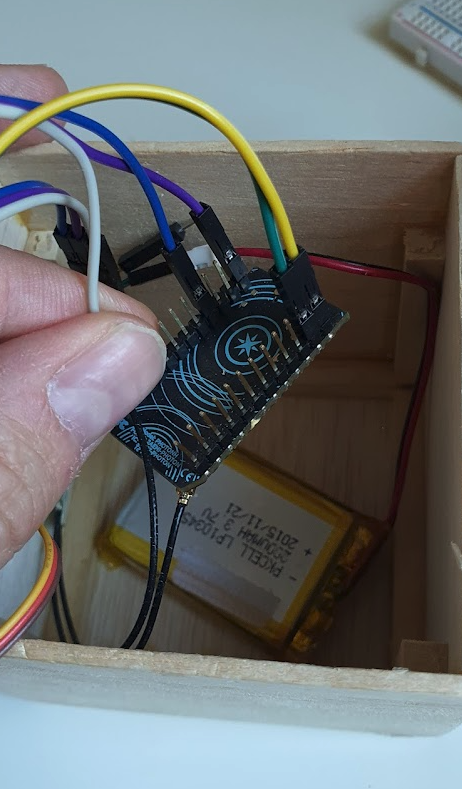