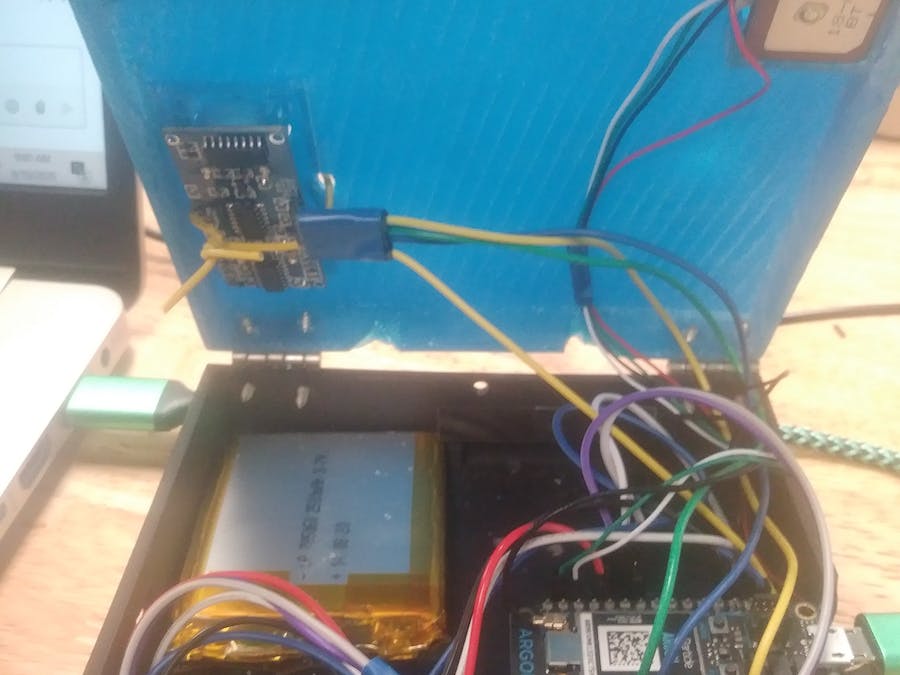 Talk to anyone who has ridden a bike in most major American cities, and you will hear, “I would ride my bike more, but it feels unsafe.”. So how can we make bicycling more accessible? Adapt existing architecture to support a safe biking environment while promoting an inclusive and responsible design philosophy for new infrastructure.

The issue with making our cities not only Cyclist safe, but inclusive lies with an already strained city budget. As the primary means of travel, motor vehicles had the lions share of the budget when it came to infrastructure initiatives. New projects must address locations where the most significant impact will be made in a cost-efficient manner to shift the focus from motor vehicles to bicycles.

So how can we locate these areas? The goal of this project is to log location data where motorists most often endanger cyclists utilizing a lightweight device that can be mounted on a bicycle. Information collected during this project will be used to advocate for bicycle infrastructure here in our city.

One of the first challenges we ran into was getting the GPS to work. It was easy to find code written for the Arduino, so getting it to function on the particle argon wasn't to hard. The main issue we ran into was getting proper power to the GPS unit. For unknown reasons, the GPS unit would only run correctly off of the ilium ion output pin on the particle argon. The testing had to be done outside, as the building we work in did not allow the it to pick up satellites.

wiring and coding for the Ultrasonic senors and the SDcard reader were pretty straight forward.

Testing the ultrasonic sensor involved walking around the city seeing if the readings I was getting were correct. In our test we noticed that some cars would deflect the signal, this both left the placement of the sensor towards the bottom a simple choice, the lower body of most cars, and the tires would allow the sensor to function correctly.

When we got to the camera, we ran into the problem that the particle argon only has 1 uart serial port, so we had to use two of them, then wire them together with a digitialWrite and digitialRead pins.

Testing placement of the camera and sensor. The device needed to be placed in a location that was low enough to function as desired, as well as clear of movement to minimize false alerts. We used hose clamps, and pieces of an old bicycle tire to mount it to seat stays 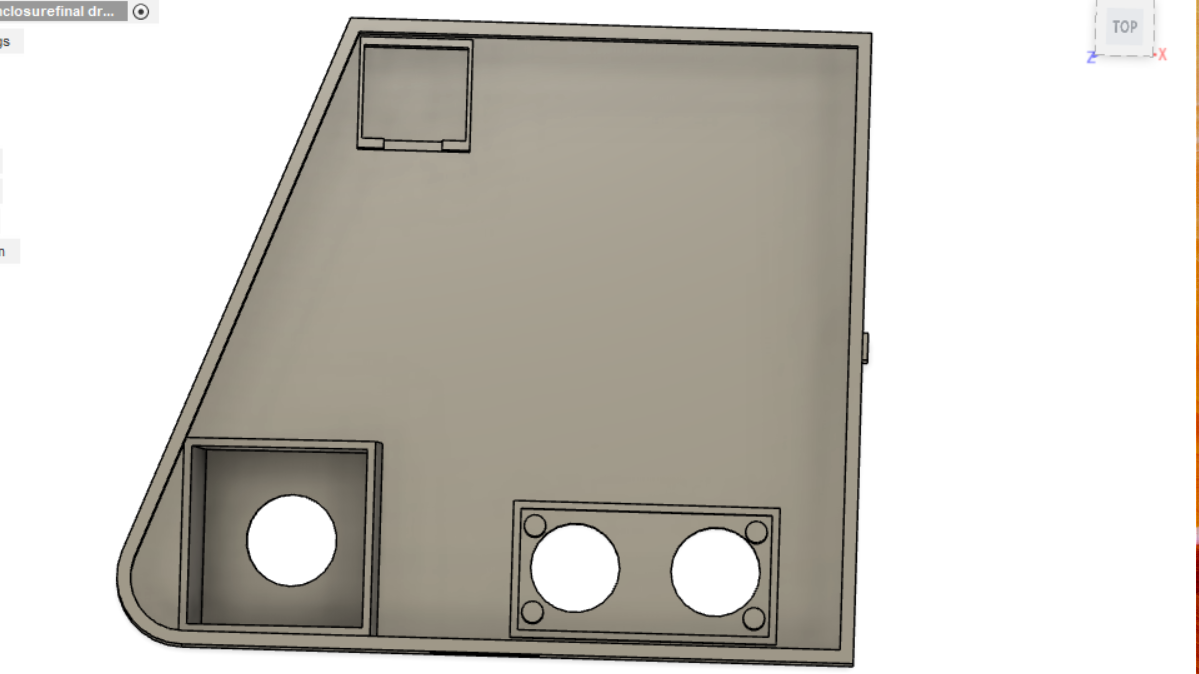 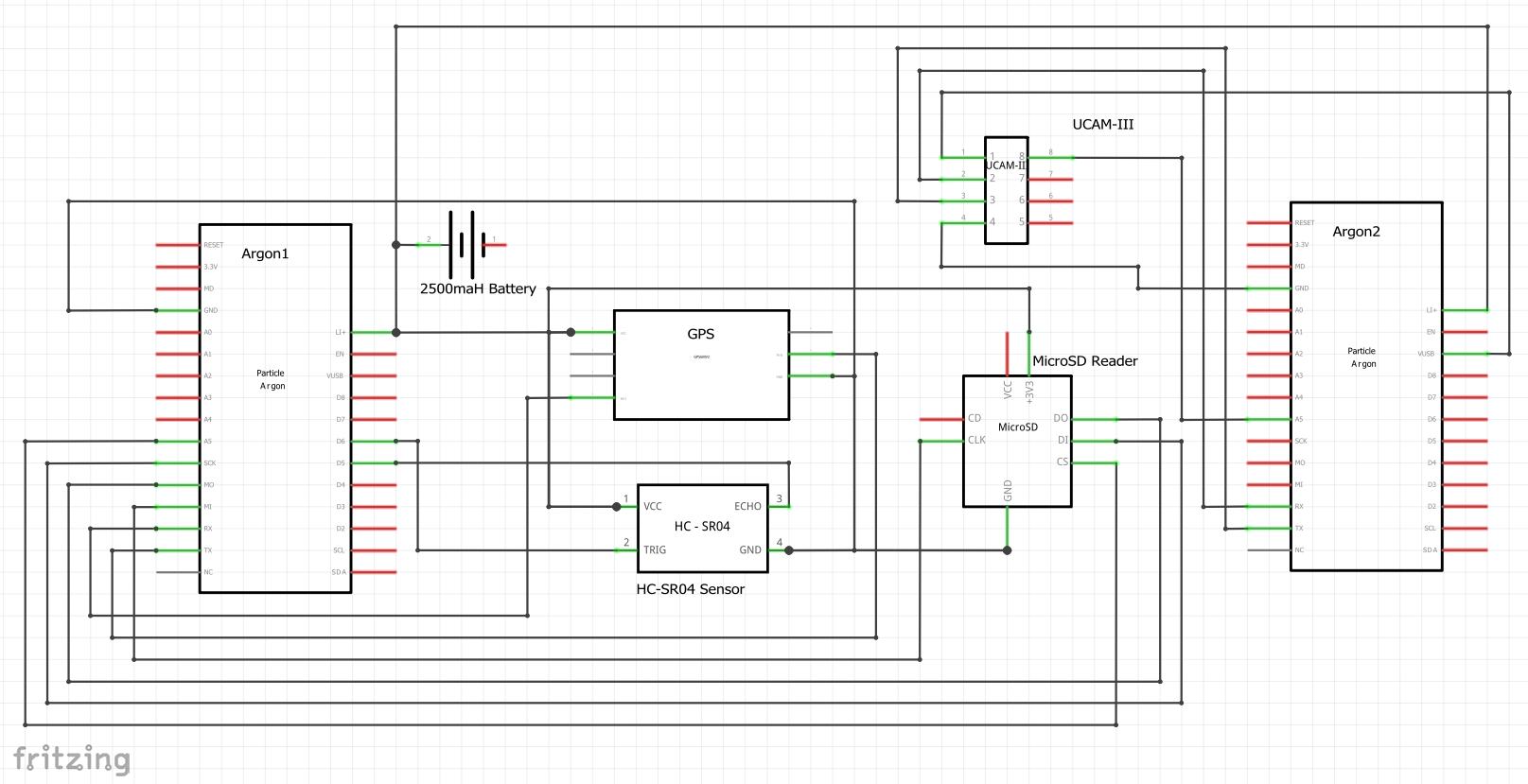