I wanted to experiment with NeoPixels from Adafruit and the Particle Core so I built a color changing ambient light orb.

I wanted to experiment with NeoPixels from Adafruit and the Particle Core so I built a color changing ambient light orb. 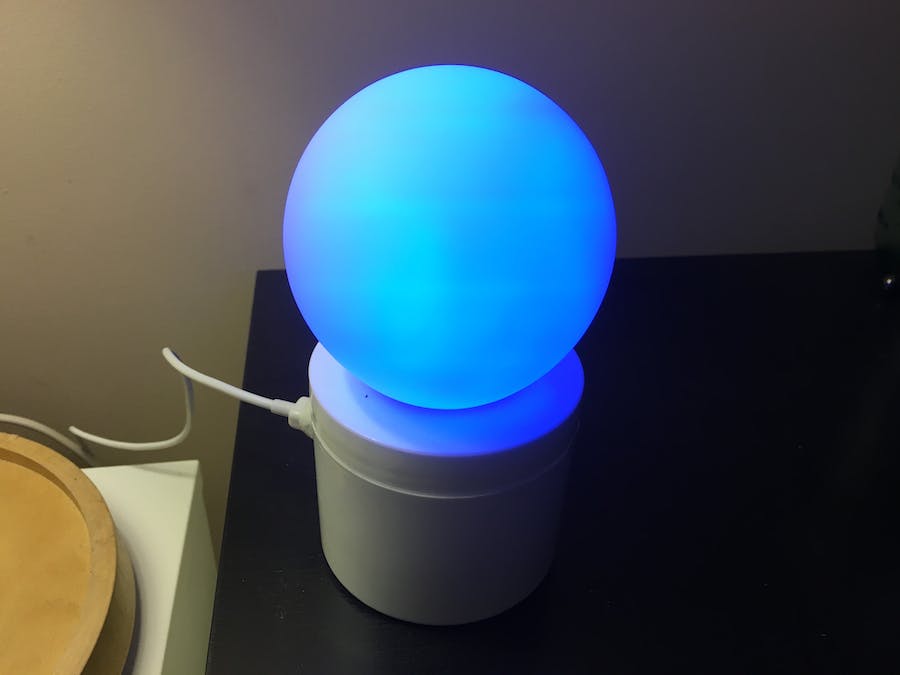 First I used some angled header pins to solder four NeoPixels in a square shape.

Then I realized that NeoPixels are 5v logic and the Core is 3.3V so I needed to add a level shifter.

This logic level shifter (which has more channels than I need) will convert the signal voltages between the two devices.

For the orb part I ordered a cheap LED floating light from amazon and gutted it. For the base I used an empty face cream container.

For the Core and Logic level converter, I realized they could be stacked over each other. I had to use a generic perf board here for the circuit but the wiring is very simple. I also added a row of female headers to plug in the NeoPixel cube.

I cut a hole in the top of the container so I could feed through the NeoPxels.

Once you have the hardware built you'll need to set up the Core on your Particle account and copy over the code. The code on the device will communicate with the NeoPixels and change their color. It also exposes a color 'function' that you can HTTP POST to with RGB params to change the color. I also built a simple Node.js app. The app exposes a simple UI with sliders to control and set the color of the Orb. The Node.js app runs on Heroku and uses Firebase to store the RGB settings. 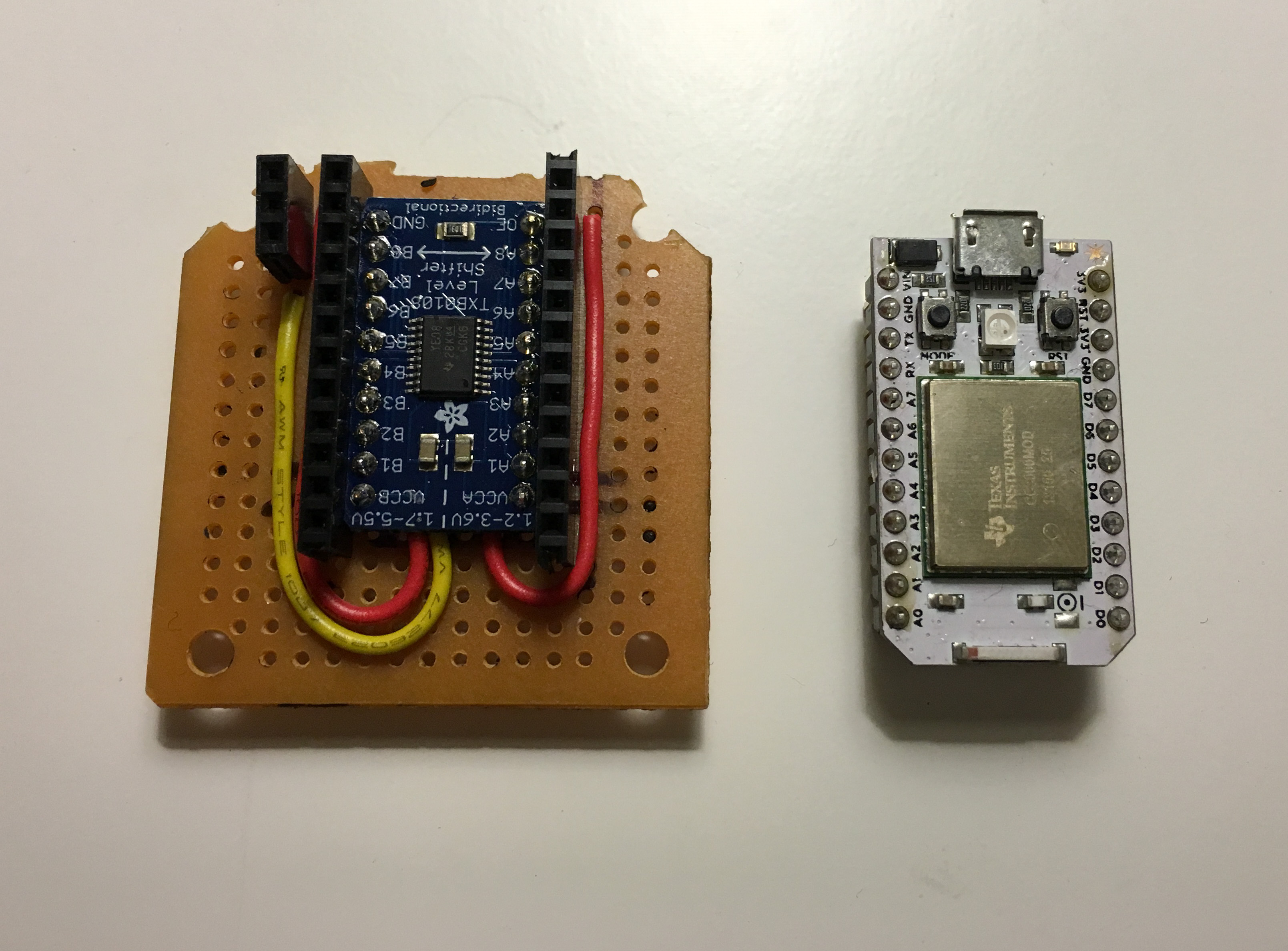 4 projects • 19 followers
Hi! I am a software engineer who enjoys hacking on hardware on the side. My interests are in DIY projects for the home, IOT, and 3D printing
ContactContact