An automated system for growing plants in a hydroponic set up. Reduce water usage by automatically recycling and amending your water.

An automated system for growing plants in a hydroponic set up. Reduce water usage by automatically recycling and amending your water. 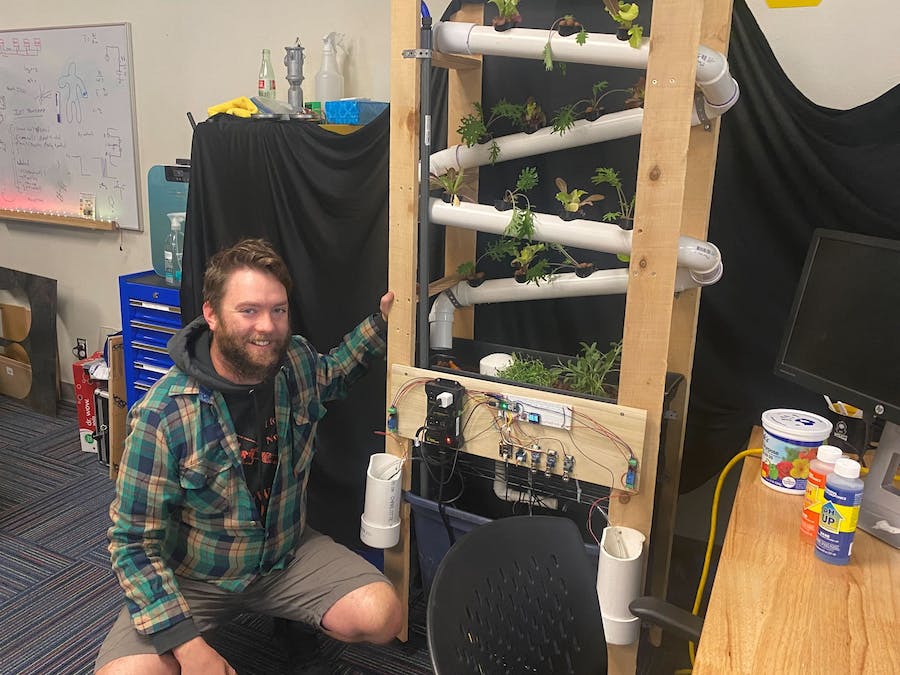 Hydroponics is the practice of growing plants in water instead of soil. I have long wanted to build a small system for practicing hydroponics, and I found my IoT Bootcamp Capstone the perfect opportunity to not only build the system, but automate it as well.

Here's how it came out.

The first steps were in building the physical structure. I would love to build systems like this with recovered or recycled materials, but because of the time constraints from the class, I mostly used materials from Home Depot.

The physical construction was straightforward, with the exception of the bell siphon I used to drain the grow bed. There are plenty of guides on youtube for building and tuning these marvels of physics.

The IoT aspect of the project was mostly is setting up and calibrating the sensors. This was actually a lot more work than I originally bargained for, but while it was time consuming, it was pretty straightforward.

Getting the Sensors and Relays mounted.
Calibrating the pH sensor...

Once all of the sensors were running properly, the logic for the pumping in amendments was pretty simple. Just needed to create a few auxiliary tanks to hold a nutrient blend and pH balancers, and when the sensor readings fall outside the acceptable range, pump in some amendment. Be sure to give plenty of time for the additives to disperse before testing again, and be sure to research what pH, EC, and nutrient levels your plants will tolerate. Different plants can have very different needs.

Then get your plants in the system and start growing!