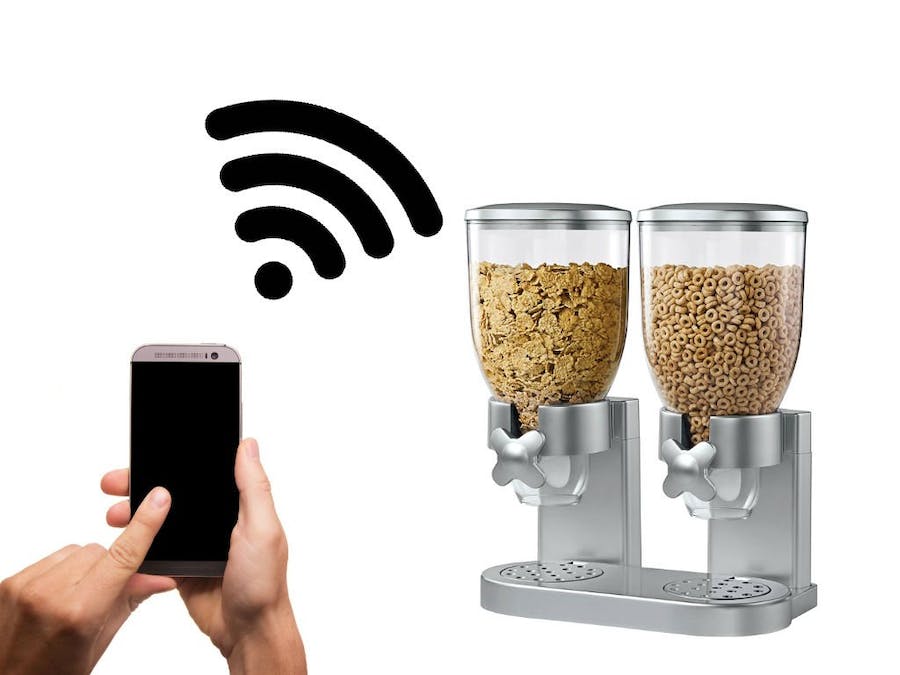 This project came about because I wanted to be able to feed my dog while I wasn't home. Using an old cereal container was the perfect vessel to automate a dog feeder. The device simply replaces the hand crank with a stepper motor to turn the silicon butterfly gear instead of having to do it manually. The best part is that it can be controlled by my smartphone via the Blynk app. I figured that I would probably not be the best judge of when my dog was going to be hungry so I decided to add a force pad so that my four-legged friend could feed himself.

The Idea would be that the force sensor would be set on a delay of an hour, so he wouldn't over-serve himself. The force pad would tell the photon to turn the stepper motor a predetermined number of rotations so that the right amount of food would come out, the same that would happen when triggered from my smartphone. After the device was assembled I tested it and had to change the scope of the project. The stepper motor could not apply enough torque to allow the gear to turn with the bulky dog food. Further testing with cereal and granola determined that this particular set-up works best with small, granular foods. The pressure pad turned into a back up to using a smartphone. If I didn't have my smartphone I could still tap the pad to make the machine serve me a bowl of cereal.

This project would probably benefit from a larger stepper motor for larger food items but as-is, this project works great for small food dispensary!