Follow up on previous post to check how to add libraries so that your project can be built and released through Azure DevOps.

Follow up on previous post to check how to add libraries so that your project can be built and released through Azure DevOps. 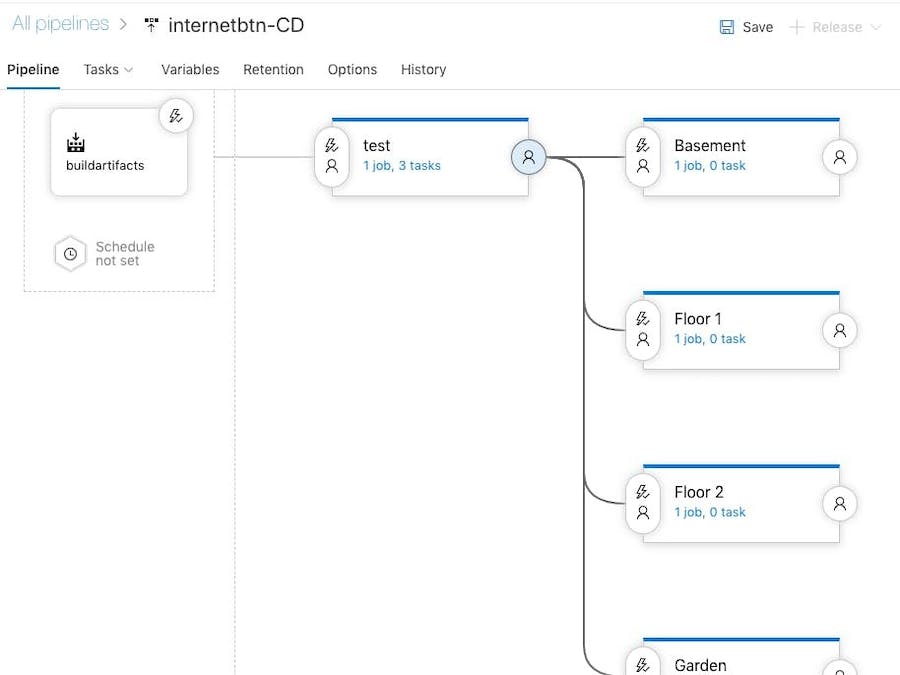 This post is the continuation of my previous post around deploying using Azure DevOps. In this one I will quickly go through the steps of ensuring it also works when you are referencing libraries, which is probably what most case scenarios will be about, and start looking at how we can improve the pipelines.

We will basically use the particle-cli to create the local project, add a library and improve our previously created build pipeline to build and release to our device(s).

I ended up making a video of the full process. (Note that all the login/passwords ended up being marked as secrets as it was easier to manage a more fluid recording).

For those who prefer it in writing or just want to jump through the highlighted steps, let's get properly started as follows...

Using the terminal in a repository location of choice, start by creating the project with the following command.

First, your project needs to add a reference to the library it requires, of which you can search the name by using part of the name with `particle library search internetb` command.

That basically adds it to the particle references to your source, so that particle cloud knows to make that library available at compile time.

Then, you need to make sure you add the reference in code.

For a basic example, feel free to use this sample, or even import this git repo (note the branch is not master) into your Azure DevOps.

If you are already logged into your particle account, you can also try and compile to sure you commit "working" code.

If you have already read the previous article, we will be setting up the pipelines a bit differently:

That also means that our devices can be seen as "environments" and it will be up to you to then have a "test device" (over 1 or more stages) prior to releasing to "production".

For the build pipeline, we will effectively reproduce the steps from previously set up pipeline with the following main changes:

We will be using the following tasks:

1 / 6 • the .ino file has a "buildinfo" variable that needs to be replaced with the value set in variables

2.1.2 Create a variable group for login

... so you can reuse it for the release.

Under the variables tab of your build pipeline, there is a possibility to link to your variable group.

You can now launch a build. On successful build, you should be able to confirm firmware.bin is part of the artifacts that will be passed on to the release.

1 / 5 • make sure to select Ubuntu Agent, and then npm custom install and Login as the same as in your build (they could be grouped but we are not showing that here)

It is then up to you whether you would need a button is every room of your house, is all your meeting rooms or all on the same wall, but you could end up with an release pipeline similar to the below outline where once it has been tested, you can release to the wider group/the rest of your targeted devices.

note the above is just for illustration point of view, I have not configured Basement,Floor 1, Floor 2 and Garden :)

Hopefully that was helpful, but I can already see a few a few improvements: