Bluz powered probe thermometer to stream temperature data to your smartphone. Never dry out your steaks or chicken again!

Bluz powered probe thermometer to stream temperature data to your smartphone. Never dry out your steaks or chicken again! 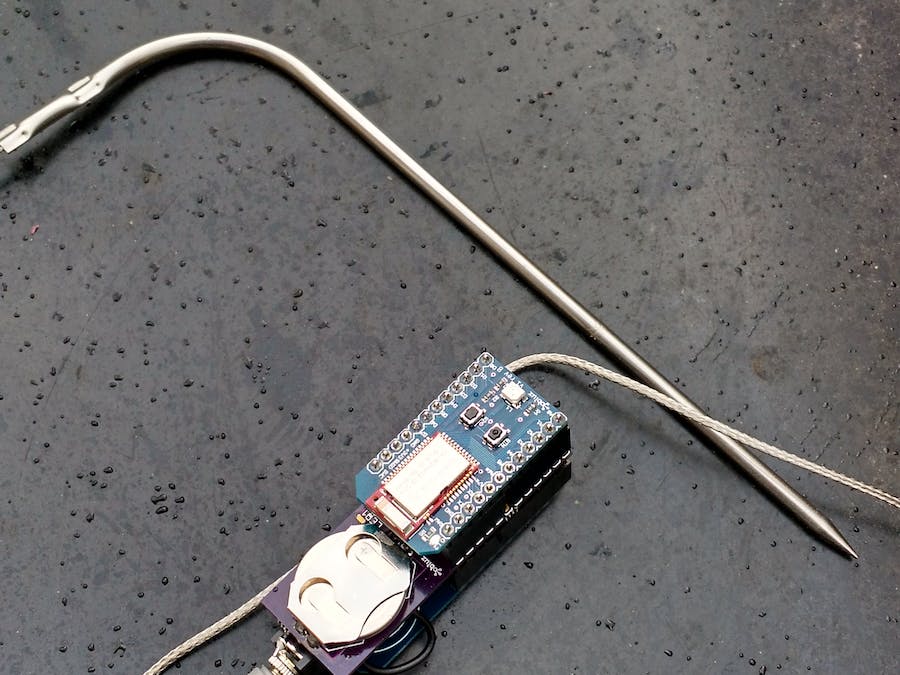 With summer arriving, and the fear of dried out chicken looming, we wanted a more high tech way to track the temperature of items we are grilling outside. There are wireless probe thermometers, but they require carrying around a separate readout. We wanted a way to read the termperature from our smartphone, so we took the just the thermometer and hooked it to bluz!

Getting the thermometer to work was a bit of an experiment. The thermometer itself is a thermistor, which means the resistance changes with temperature, but not in a linear way. To get around this, we followed some advice in this article and added a second resistor in parallel. We had to measure the thermistor without the parallel resistor first to find the proper range. Then we added the resistor and measured various temperature points to create a linear function to determine the temperature based on the measured voltage.

Once we had the proper resistance, we hooked one end to 3.3V and the other to a pull-down resistor and measured the voltage in the middle. We managed to calibrate it further by experimenting with the provided digital read-out.

Once everything is hooked up, just start the node.js server and open the webpage. The temperature is published every 1 second and will be updated on the webpage.

Next step is to add a notification for when the temperature exceeds a pre-set limit! 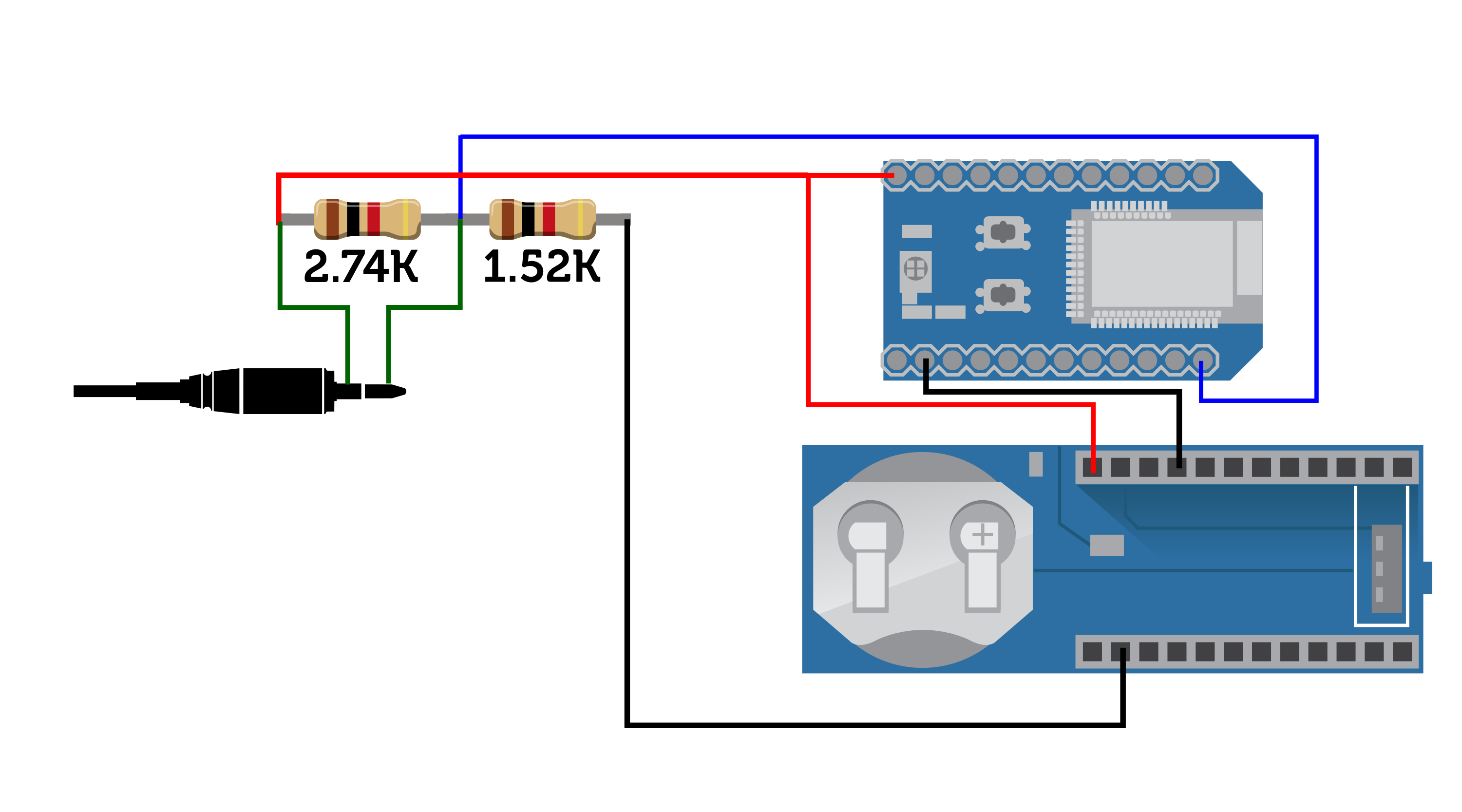 9 projects • 34 followers
maker, breaker, fixer, and tinkerer. interested in building products that get technology out of the way and actually make your life easier.
ContactContact