Turn APRS (GPS) location signals into a visual map with your Particle Argon!

Turn APRS (GPS) location signals into a visual map with your Particle Argon! 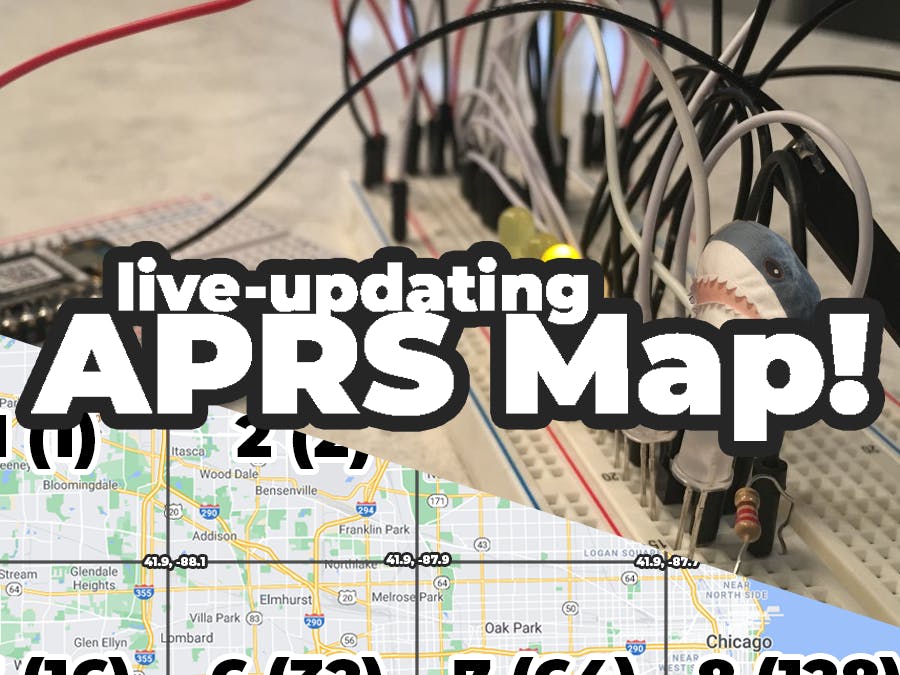 A view of the completed circuit

I've always been fascinated by the technology in amateur radio, and APRS is no exception. By combining a transceiver with a GPS, text messages, or weather information, a local map is created that updates in real time. Internet gateways also exist that republish received signals online, making it possible for anyone to see the APRS network with or without radio hardware. I love the idea of live-updating signals and important notices being available with very little infrastructure, and wanted to make it possible for these signals to be visualized in an intuitive and fun way. Here's what I came up with: a microcontroller-based, easily expandable map to serve as an interesting art installation or a functional indicator! As an amateur radio station travels from place to place, LEDs will shift to indicate its location.

This is a prototype, so please stay tuned

Coronavirus made it difficult for me to acquire all of the materials I wanted to bring this project to its full potential. This project is completely functional and will take minimal modification to come to complete fruition, but the nicer-looking exterior I wanted to create, including additional shift register to expand the scope of the map are absent. I plan to update this project in the near future with the visual elements complete, but for the time being, it works as intended!

An overhead map of the Chicago area is split into a grid. An LED is placed underneath and illuminates when an APRS signal is present in its coordinate bounds.

One of my chief concerns in creating this project was allowing for expandability. In the future, I want to add an additional switch and display to enable the user to switch between individual signals processed directly from an APRS I-gate server. The Particle Argon has very few digital and analog pins available, so I wanted to use as few pins as possible for the LED array. The solution to this is a shift register.

At the risk of gravely oversimplifying, the shift register allows us to independently control 8 outputs by passing in an 8 bit number, meaning any decimal number up to 128.

Here's how we control our shift register in Arduino. We open the latch by writing low to it, then use the command shiftOut to pass our valueSent into the shift register (starting with the most significant bit, or MSBFIRST), and then close the latch.

Each of these outputs are in turn wired to its own LED. If we wanted to use 16 LEDs instead of 8, we would use the overflow pin on the shift register. For now, though, we'll stick with our 8.

First, we'll set up our variables, libraries, and outputs. The core of our project is the APRS.fi API. We'll use Particle's built-in API interface to issue and interface with it. We subscribe to the Particle cloud with Particle.subscribe(). Here's what our webhook looks like:

And the setup for the rest of our code:

Then, we'll set up our loop to issue a query for the callsign we want every two minutes. This uses the Time.minute() function provided in the SparkTime library.

In our handler for the API call, we'll deserialize the JSON using the ArduinoJson library. You can use their tool to check your own JSON to parse.

In our hander function, we call a new function called squareIden(). We'll use this to identify what gridsquare the callsign exists in, and set that value to the integer 'square'. Remember, we only want one grid illuminated at a time, so the values of square are chosen for their equivalent values in binary.

Finally, the makeOutput function takes the determined gridsquare and sends it to your shift register.

Here's the whole thing in action. We'll have our Argon check the position of a station.

meaning it should exist in the 4th grid square.

And look, there it goes! Light #4 illuminates.

As a proof of concept, I cut out, glued, and taped an overhead of the Chicago area, including exaggerated forms of parks and forest preserves. This is to scale with the existing map design.

I had to use whatever was in the house, so I tested the opacity of the different papers to make the best choice per LED.

Then I cut out strips of paper, glued together a box, and added an extra plane within to keep the LEDs in place.

I then extended the LEDs with female to male jumpers, but you can do this in any method you wish. 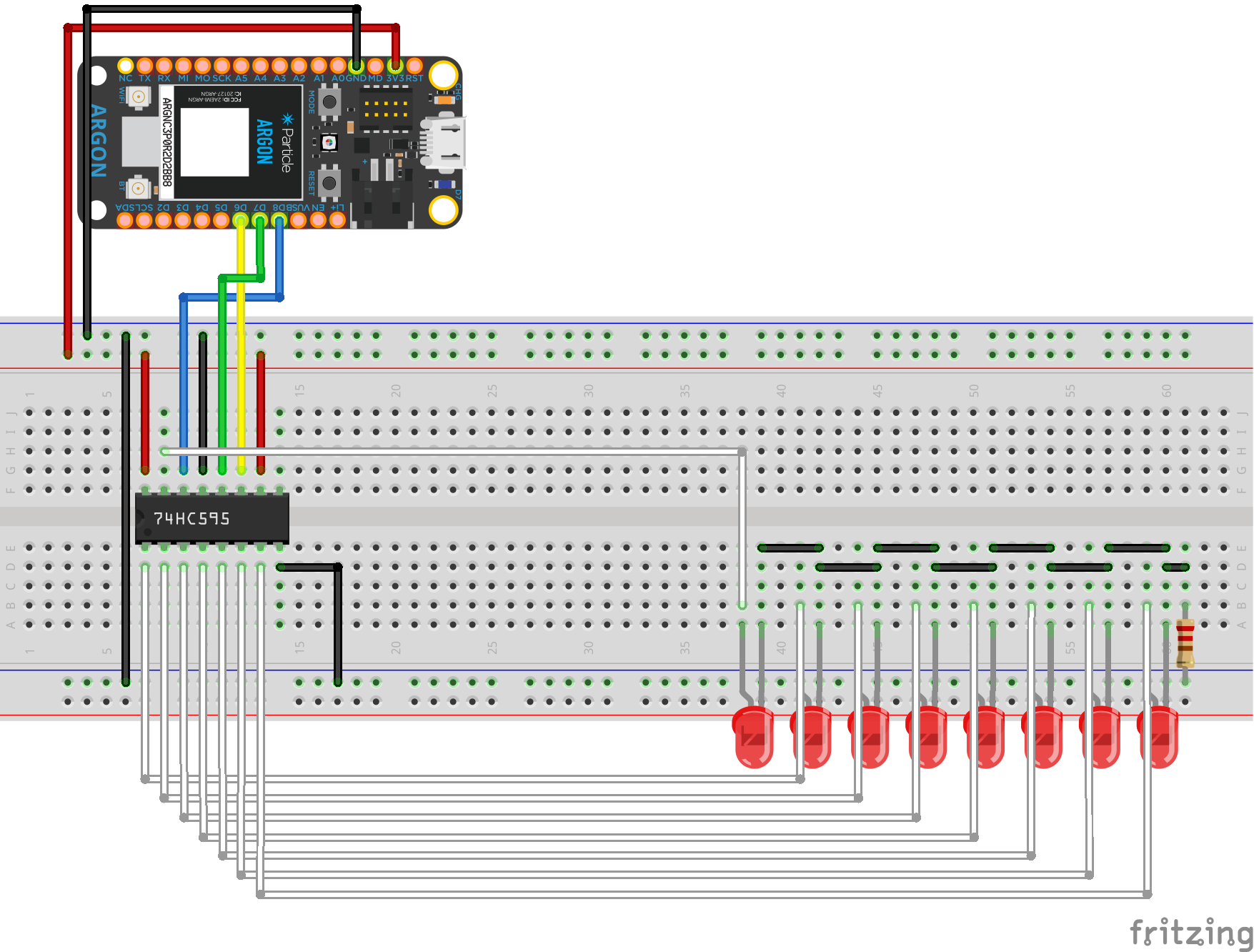