Have a plant that needs watering? Going on vacation soon and have nobody to water it? Then this is the project for you.

Have a plant that needs watering? Going on vacation soon and have nobody to water it? Then this is the project for you. 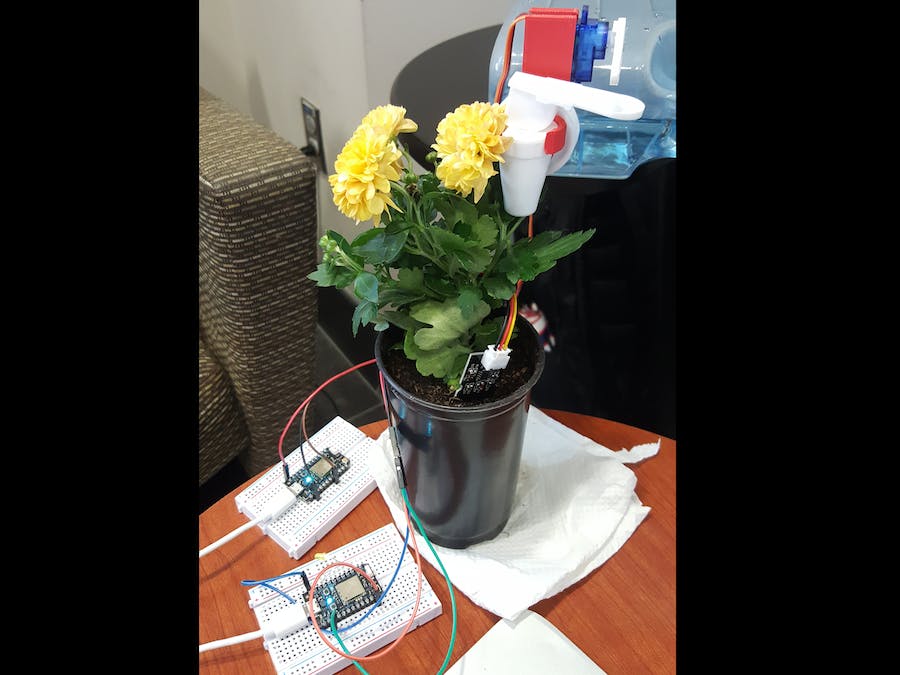 This project illustrates how to create an automatic plant watering system by having a particle photon read values from a moisture sensor and convey "dry" or "wet" to another photon which will power a servo motor to water the plant when it is dry. Once set up, this can run without any human interaction to keep your plants alive. You don't need to monitor it, tell it what to do, or do it yourself.

This is our Youtube video going over this project:

The moisture sensor is placed into the soil near the roots of the plant and is connected to one of the photons.

The photon reads the sensor moisture measurements and publishes "wet" or "dry" every second, and also stores the exact value from the moisture sensor every minute as a variable that is sent to Google Sheets using IFTTT which makes a graph of the moisture values over time. A value over 3000 indicates that the soil is dry. Our live data can be see here: https://docs.google.com/spreadsheets/d/1thdUj9oSMjiEsWomJmK7ar34hpJrk9XYNWiGYoH-bYo/edit?usp=sharing

I.F. T.his T.hen T.hat
Graph of soil moisture over time when the sensor was taken out of the dirt twice to display what would happen when the sensor is dry (the servo motor will dispense water and the moisture values will become lower afterwards).

Connected to the second photon is a servo motor that is inside of a 3D printed mount made for our water container. A longer arm had to be 3D printed for the servo motor as well.

The second particle photon listens to the signals given by the first particle photon. When the second photon receives a signal of "dry", the servo goes into the "ON" state, where the servo position changes by a value of 40, which presses the water tap down, dispensing water onto the plant.

The motor in the "OFF" state.

After 2 seconds, the photon puts the motor back into the "OFF" state which returns the servo to the starting position, turning the tap off. The second photon then waits 30 seconds before interpreting signals again to allow time for the water to soak into the soil.

If the second photon receives a "wet" signal, the motor remains in the "OFF" state.

The light is on when the motor is on.

This project was created by Eann Lawing and Kathleen M. for our Intro to Instrumentation and Measurement course at UNCC. The requirements were to have two particle photons communicate back and forth and to display data from a photon on a graphing software. An automatic plant watering system based on data collected from a moisture sensor satisfied our criteria. This project could be altered to only use one particle photon. 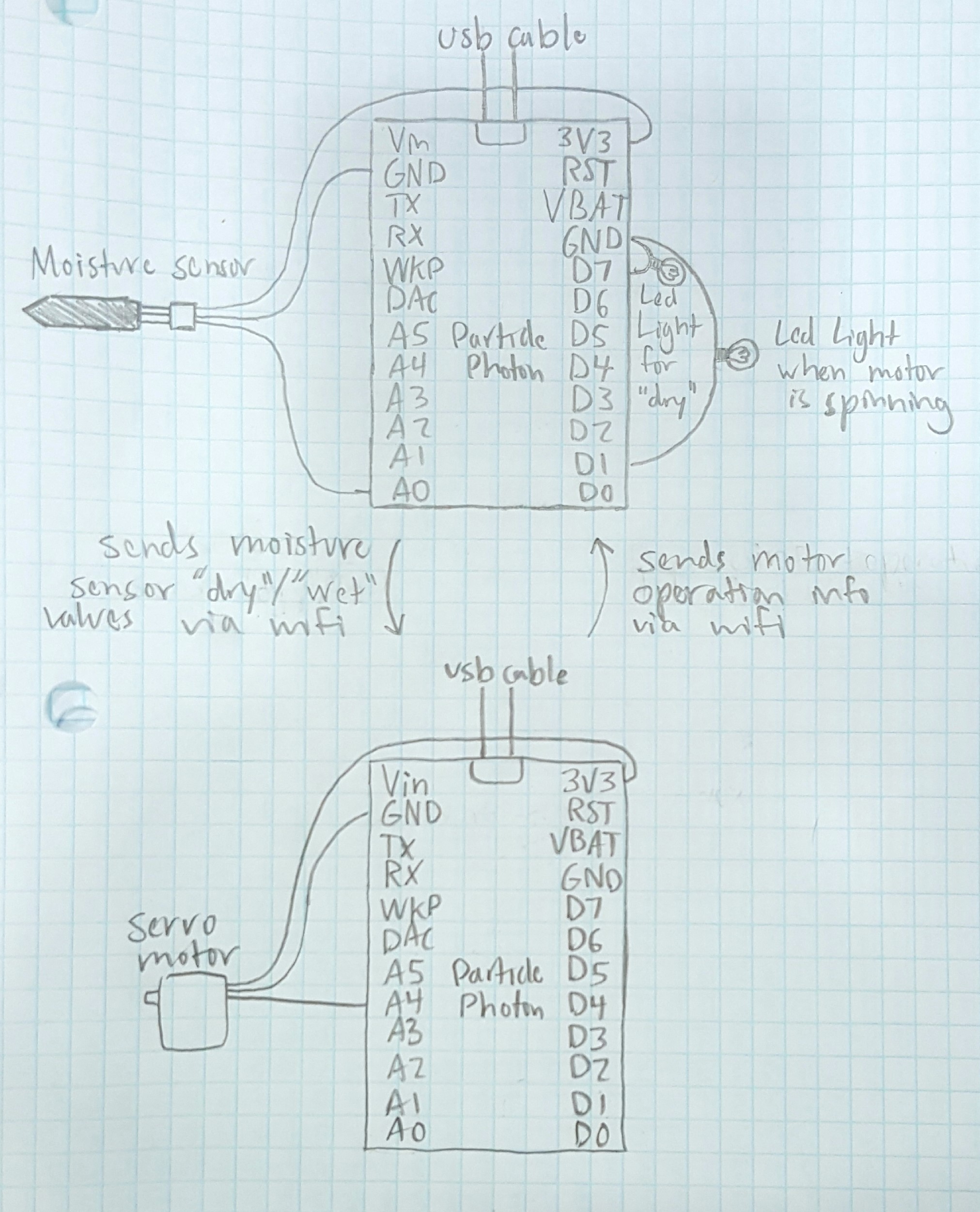