Prove to the world that you're a good driver by showing your "Infraction Score, " generated by using argons and sensors.

Prove to the world that you're a good driver by showing your "Infraction Score, " generated by using argons and sensors. 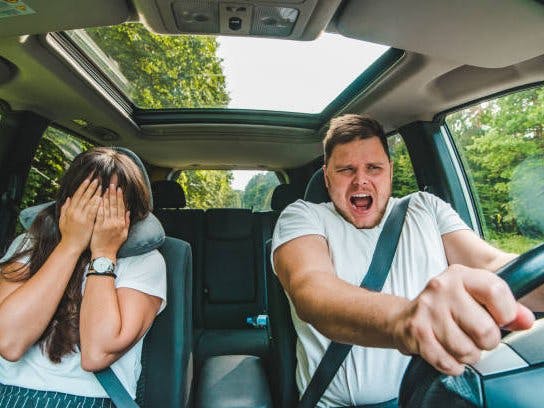 "Why can't these people drive?" "Why is this person on the road?" "How did this person get their license"?

These are all thoughts anyone who has been driving for more than ten minutes has most certainly had, especially those driving in the greater Charlotte area, however, have you ever stopped to ask yourself how good/bad your driving is? Well, with this new sensor collection, you can now find out just how bad your driving really is.

We know many people's first thought is "I know I am a good driver" this is the first thing that many people think of when asked about their driving, now with this new system you can once and for all prove with no doubt how good of a driver you are. This system with the use of three data collection modules will determine with certainty how your driving compares to what we call a "good driving standard"

The first of these data collection sources are the MQ-3 Alcohol Sensor which gives an analog resistor output based on the alcohol concentration in the air around it. This sensor is connected to a Particle Argon Wi-Fi development board to translate the resistance data into an alcohol concentration and determine if you are sober enough to operate an automobile. The function of this sensor is to determine if you are driving while under the influence. Once receiving an input that goes beyond the threshold of a safe level of alcohol, the system will instantly fail your score as driving under the influence of alcohol makes you the worst kind of driver the world has ever seen. If the alcohol level remains below a safe threshold the sensor will not alter your driver score.

The next data collection source is the ADLX335 3-Axis Accelerometer. The function of the accelerometer is to measure the forces during acceleration, braking, and cornering to determine if you are driving safely or recklessly. This is done with the ADXL335 giving a radiometric voltage output for both the X-axis and Y-axis which is measured by the particle argon and converted into g-forces data points. The main points the system is checking are the negative X values for acceleration, positive X values for braking, and both positive or negative Y values for turning forces. The data from the accelerometer is graphed and checked to see if the data surpasses what is deemed safe levels for these inputs. If the acceleration values surpass these safe points this indicates either heavy braking, excessive throttle use, or reckless turning and this will add infraction points to your driving score. More points will be added based on the magnitude of which the data collected surpassed the safe points.

The final data collection device is the HCSR04 Ultrasonic Distance Sensor, which measures how far away the sensor is from an object. If this sensor detects that you're too close to the car ahead of you, that means that you're tailing another driver, and get tagged as reckless driving. The output values from the distance sensor are graphed and checked for spikes or high points above the noted safe values. Points are added to the infraction score based on how many times the sensor reads high values and for how long it does so.

The photo above is a video setup for the full bad driver sensor with three particle argons mounted to a center point of the upper dashboard. In this setup what alcohol sensor is closest to the driver at this point facing where the driver is sitting allowing the driver to easily lean forward and perform the breath test during the initial startup of the system.

The next setup is for the accelerometer which can be seen on the verticle-facing breadboard. The alignment is important for the data in this setup as the x-axis data main data is being read through the drive. With this setup forward acceleration results in positive x data in the program while braking results in negative x values being recorded.

The final breadboard shows the ultrasonic distance sensor currently facing the front windshield. This was done in this setup to allow for better pictures and data collection for example. This was done for in the video data could be seen being collected for what is deemed too close to the following distance without having to risk an accident (trying to prevent bad driving, not encourage it). The image below shows the proper sensor mounted just above the front license plate and wired from the front of the grill to the interior dash of the vehicle.

The image above is a short image of example data being collected during a test drive in which testing was done to simulate a tailgating type drive in a safe environment to prevent accidents while still yielding proper data which can be seen in the graphs above.

Distance Sensor: Y-axis data is currently being measured in centimeters

Accelerometer: The graph output is converting the force values into g-forces with the steady magnitude of the steady state X-axis and Z-axis being zero.

Alcohol Sensor: The numerical data is not a blood alcohol rating, but instead the alcohol gas concentration of the air which is very sensitive as the steady state of this sensor operates near 300-400 on this graph. Within the program are set parameters for what is considered too high an alcohol concentration based on the sensor data specs about alcohol levels read by the sensor.

The video above is a visual explanation of each sensor clearly being shown mounted to the dashboard of the vehicle with an in-depth explanation of the use of each sensor. The video also includes a short amount of what is definitely terrible driving showing the live data output on both the graphical output as well as the particle cell phone app.