Publish messages through your local mesh network using the tools that come in the Argon development kit!

Publish messages through your local mesh network using the tools that come in the Argon development kit! 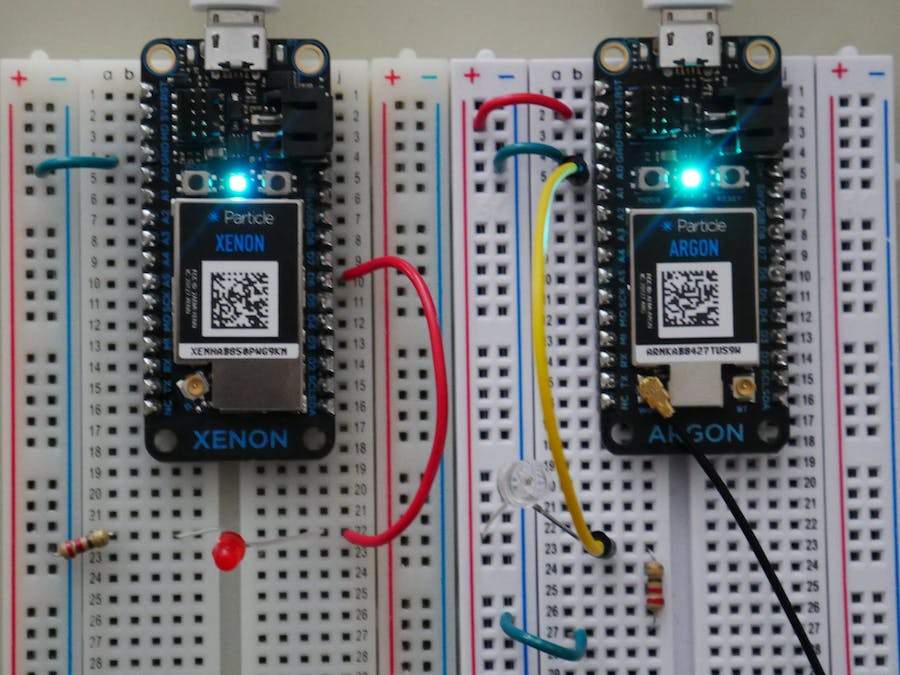 This project detects light through a photodiode. If the light is on, it sends a message through the mesh network (NOT through the cloud) and tells the other device to turn on the LED thus indicating a light has been turned on. It also sends a message when the light is off. Though the devices are next to each other, you can put them in separate rooms to detect when a light has been turned on!

This highlights the difference between the Particle.publish( ) and Mesh.publish( ) and thus the potential advantages of Mesh! In practice, sending messages through the mesh network saves on data rates or WiFi bandwidth because it is sent via bluetooth node to node avoiding round trip travel to and from the cloud!

(P.S. my background is hardware and telecom; still ramping up on software! If you think of great ways to add to this or make simpler code I'm all for it!) 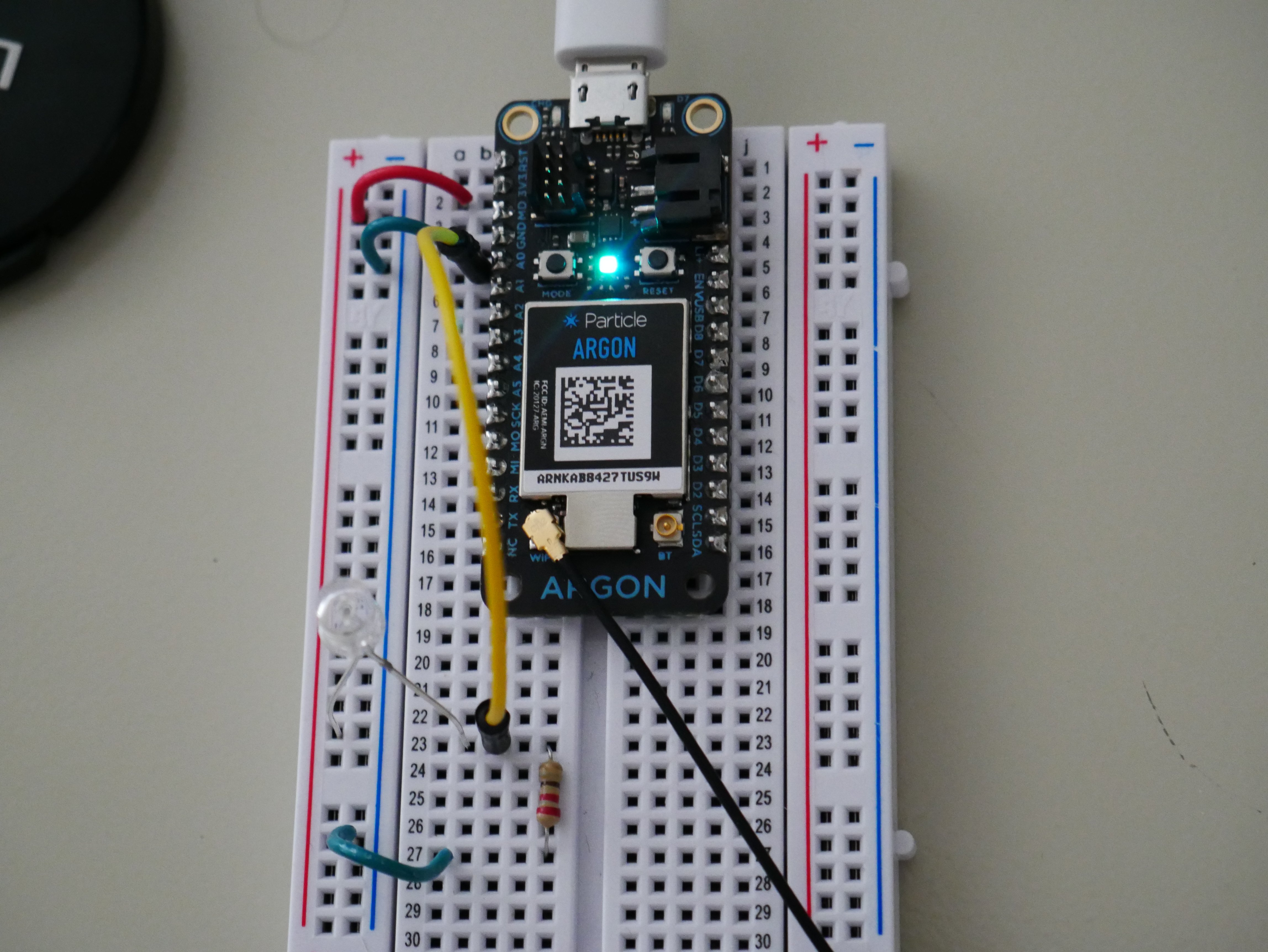 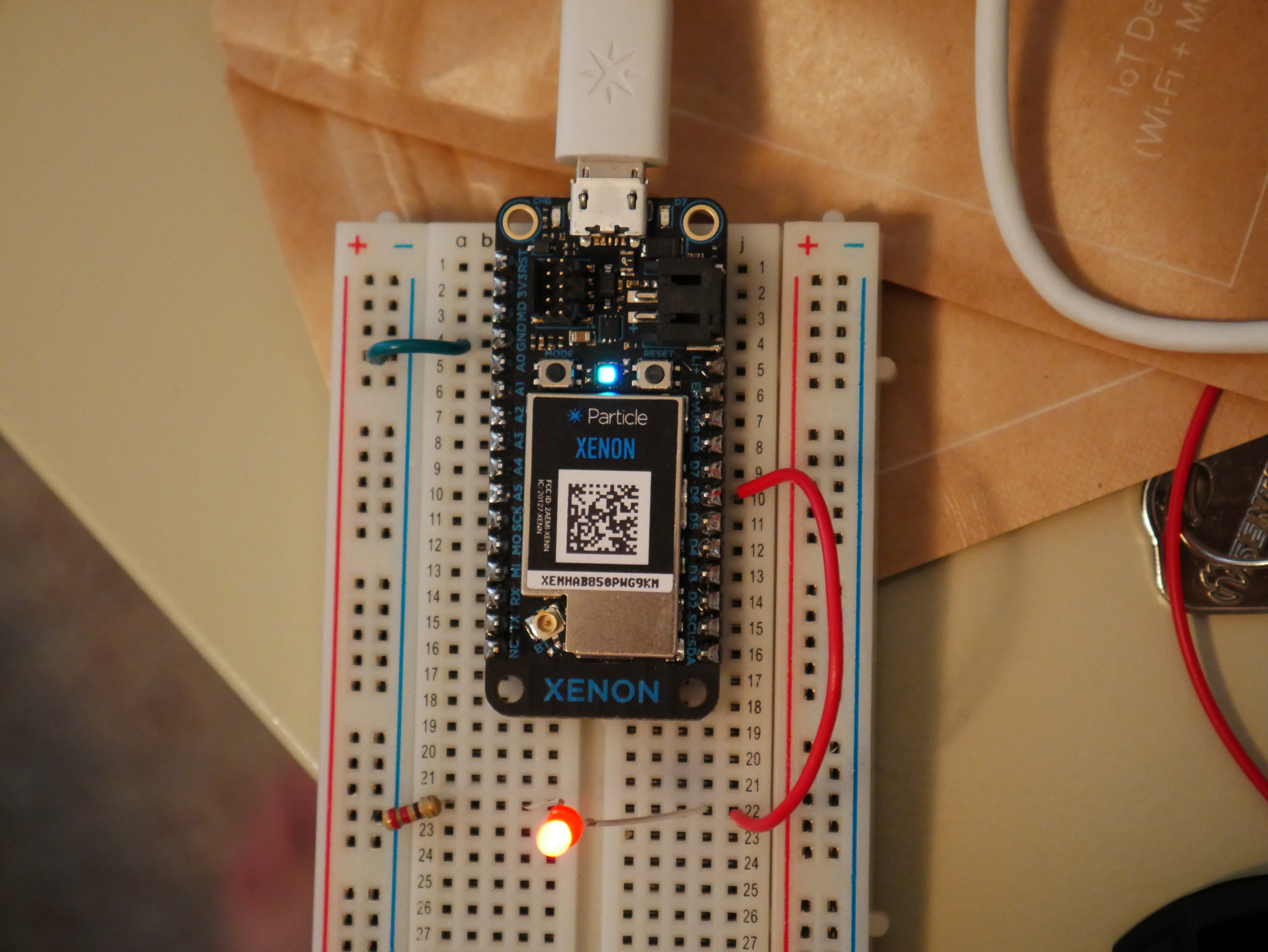