Your favorite drinks taste better together. Sir Mix-a-Drink makes it easy to get the mix right.

Your favorite drinks taste better together. Sir Mix-a-Drink makes it easy to get the mix right. 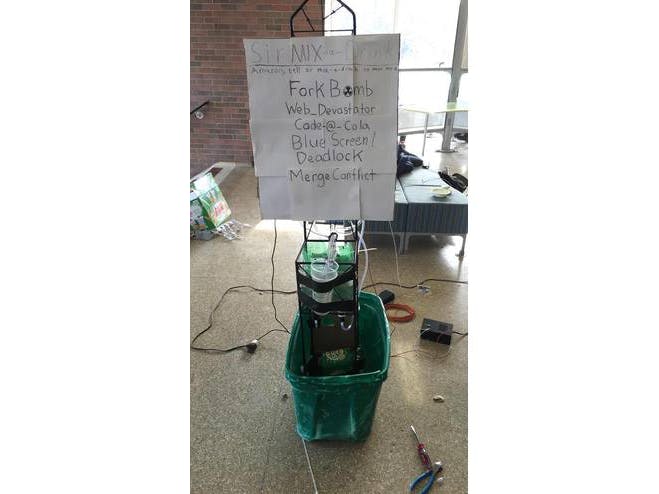 We are all really good at mixing sodas and energy drinks. While it's fun to have such skill, it gets tiring to have to constantly mix drinks for people at parties. We created Sir Mix-a-Drink to free us up by becoming the perfect drink mixer.

Amazon Echo listens for drink requests and relays them to Sir Mix-a-Drink who then combines ingredients in the proper quantities.

How we Built It

Amazon Echo/Alexa, diaphragm pumps, and Particle Photon. The photon digital pins drive several NPN Transistors, which in turn power the Diaphragm pumps. A diode (we used an LED) is shunted between each of the motor terminals and the +12v rail in order to protect against transient voltage spikes due to motor inertia.

Challenges we ran Into

Accomplishments that we're Proud Of

What's Next for Sir Mix-a-Drink

1 project • 0 followers
I like electronics, computers, and pictures of dogs.
ContactContact