Too lazy to walk and turn something on Want to cheaply control your home power usage while out Well here's a button (and app) to solve it!

Too lazy to walk and turn something on Want to cheaply control your home power usage while out Well here's a button (and app) to solve it! 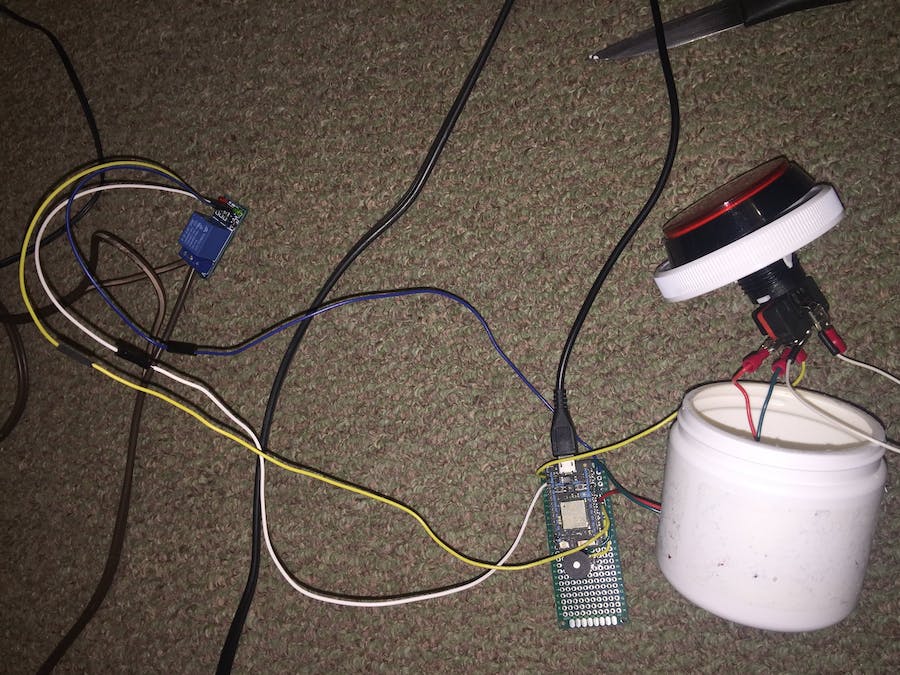 While laying on the top bunk of my bed, I stared at the lit ceiling, slowly overheating. I was too lazy to move, and too tired to turn on the fan. During that internal struggle to force myself up and climb all the way down my bed, an idea hit me -- why don't I just make a BIG RED BUTTON to do such hassling tasks!

My project is a fairly simple one, but useful to me (and hopefully others)! I wired a button to my Particle Photon, and by slapping it, my lights, fans, chargers, and more would be toggled on or off! This was made since I slept on a bunkbed, and by making a button and placing it on the wall next to me, the need for having to climb all the way down everytime I needed a light or ventilation would be voided!

When slapping the button (which lights up for vision at night!), a rhythm is played from a buzzer, confirming the button functioning!

After making the initial button and wiring it to a Particle Photon and connecting a power relay, I sought to fulfill the original goal of this project, which was to make home tasks easier and make use of one of the Photon's key features: internet connectivity!

For this, I asked around and found the Blynk app, which easily organizes and allows a "tap-and-add" function to add tools commonly used in engineering! The app allowed me to quickly create virtual buttons and switches, which in turn allowed for control of my project through the internet.

With Blynk, I added additional handy features to expand the use of my project. By taking advantage of its virtual pins, I created buttons which:

With this, my project became able to also help others control their home power usage while away, saving time and money!

That's about all there is to my simple project, I hope it has some use to others!

Most pin #s for wiring are listed in the code, the ones left out are: 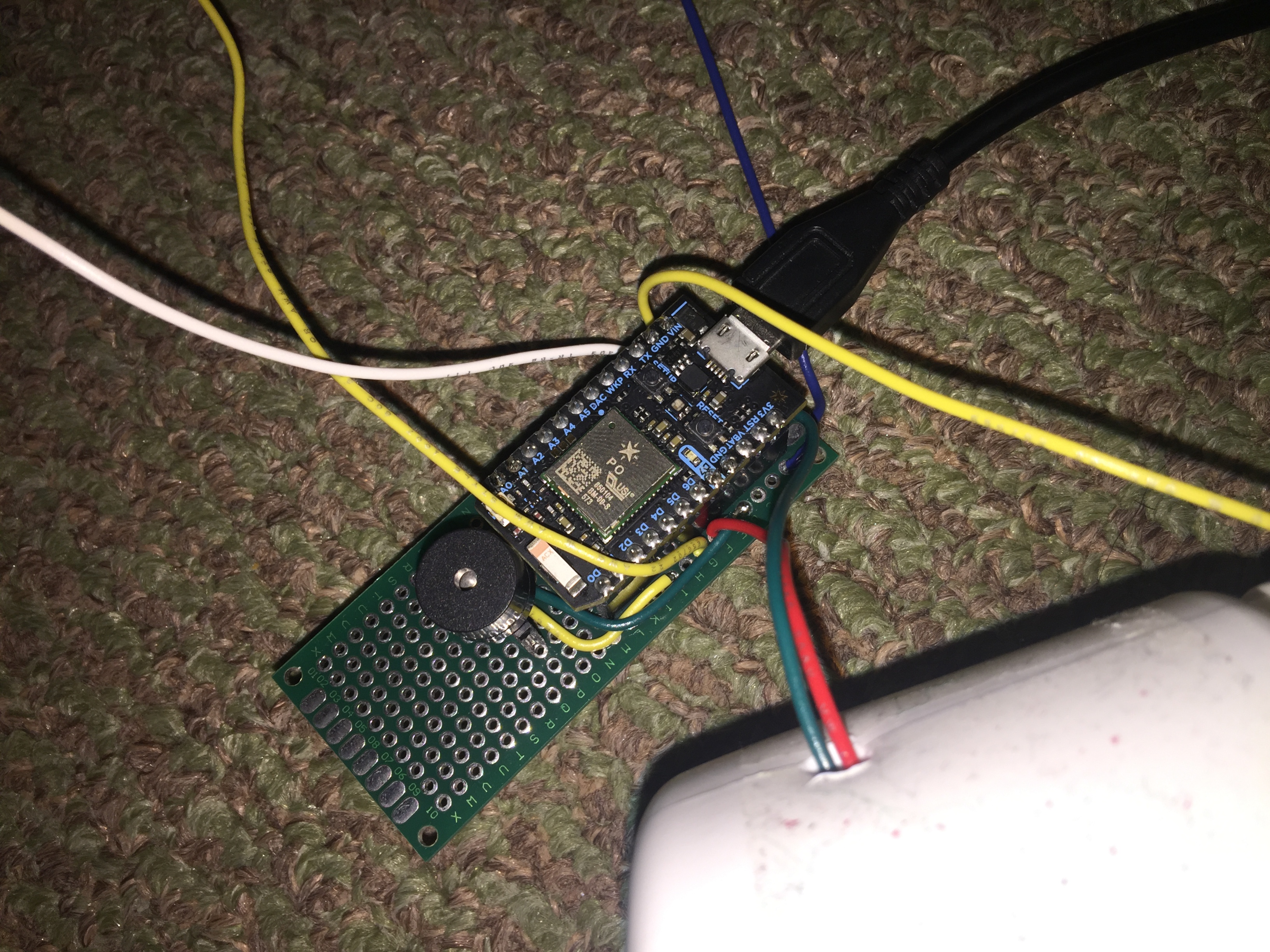 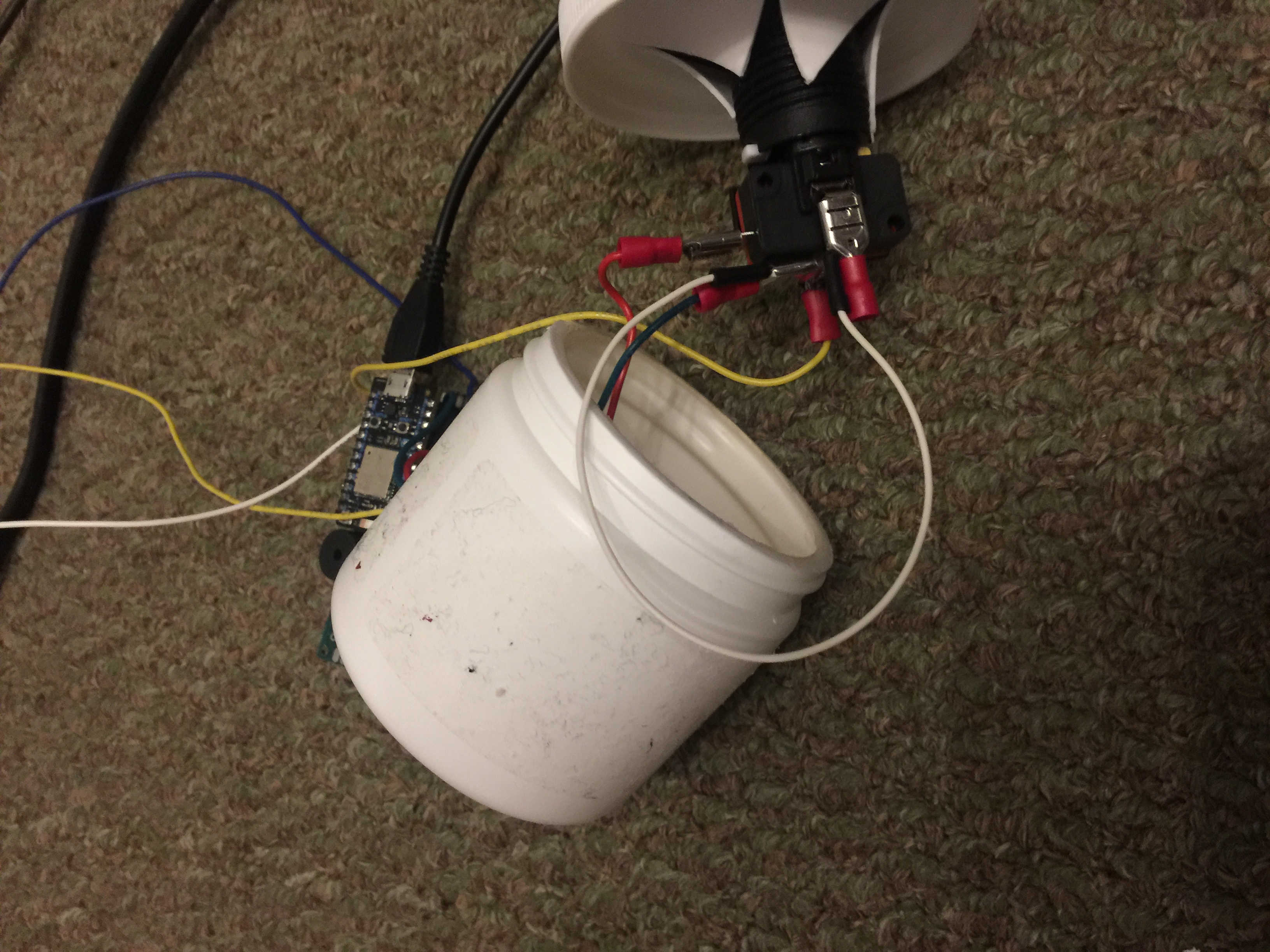