For work every now and then I have to enroll up to 200 Chromebooks/Chromebits/Chromeboxes, so I wrote a script that does just that.

For work every now and then I have to enroll up to 200 Chromebooks/Chromebits/Chromeboxes, so I wrote a script that does just that. 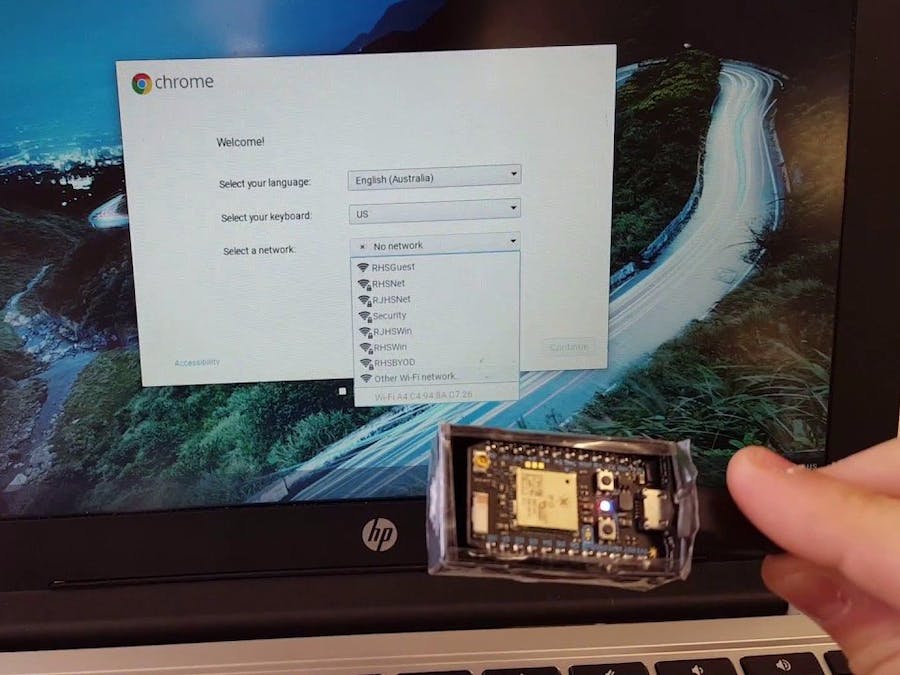 I work as an Administrator in schools, and they tend to move to the cloud more and more. Because they're so easy to manage, we often recommend Chrome devices over Windows/Mac Laptops/Desktops.

Once the Chrome devices are in the Cloud, they're super easy to manage, assuming you've bought the management licenses. If I had to join a lot of Chromebooks in the past, I created an open WiFi Network at the school I was working, created a Google account with a short name and gave it an easy-to-type password, so the enrollment process would go quickly.

However, typing the username (mostly in the form of "in@schoolname.school.nz") and the password (password123) got tiring after the 20th device and I ended up doing a lot of stupid typos. Additionally, at some school it's not an option to just create an open, unsecured WiFi Network, because students could stumble across it.

I thought surely there must be a way, and I came across Hak5's "USB Rubber Ducky". I thought about going for that, but since I had bought a Particle Photon for another project anyway I ended up using that.

I ended up flashing the code for the different devices (Chromebook, Chromebox, Chromebit) to my Particle via DFU-Mode (locally via USB, not through the cloud), because my particle couldn't make it through the school's firewall, using the command:

I'm still working on the code, hopefully I'll tidy it up a bit more. The timing for the 3 device categories are a bit different, and for the Chromebit you need an additional bit on the first boot to confirm you've got a mouse/keyboard attached.

Here's a video of the whole thing in action: