The purpose of this project is to detect motion in the driveway and alert the user inside the house.

The purpose of this project is to detect motion in the driveway and alert the user inside the house. 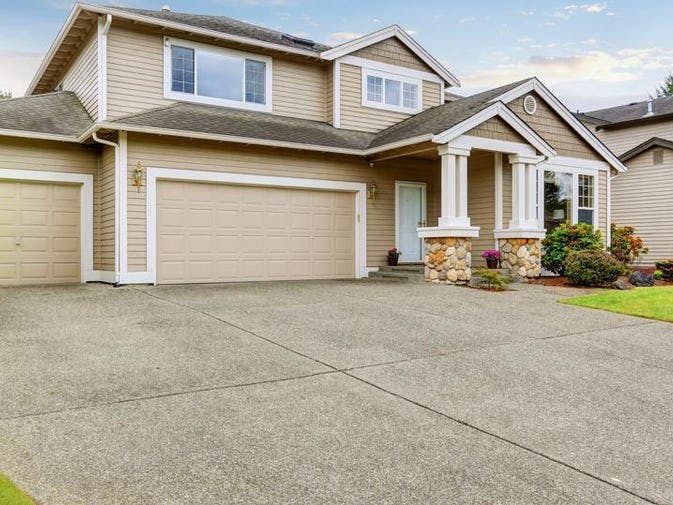 The purpose of our project is to give you a heads-up when a car pulls into your driveway. The project works by using motion sensors on either side of the driveway to detect motion. If either of the sensors detects motion they send a signal to the inside of the house to sound a buzzer and light a light to alert the homeowner that someone has arrived. Our project utilizes three particle argons, an LED light, two PIR motion sensors, and a buzzer.

Two argons are set up identically and are each connected to one of the PIR motion sensors and led lights. These Argons will be referenced as the "Detect" argons. To start with, the LED light is continuously lit, showing that the motion sensor is looking for movement. When either of the Detect Argons read movement through the motion sensor, it sends a signal to the cloud that motion has been detected and turns off the LED light and motion sensor.

The third argon is connected to a buzzer and an LED light. This Argon will be referenced as the "Alert" Argon. When this Argon reads the signal sent by one of the Detect Argons, the Alert Argon sounds the buzzer in short bursts and flashes the LED light at the same frequency. When the flashes and buzzer are finished, the Alert Argon publishes code to the cloud informing the Detect Argons to re-light their LED and begin to wait for motion again.

While the Argons are connected to the internet, a live stream of data is being collected and pooled into a Google Sheet. The plot of Motion vs Time is shown below, along with a link to the Google Sheet. 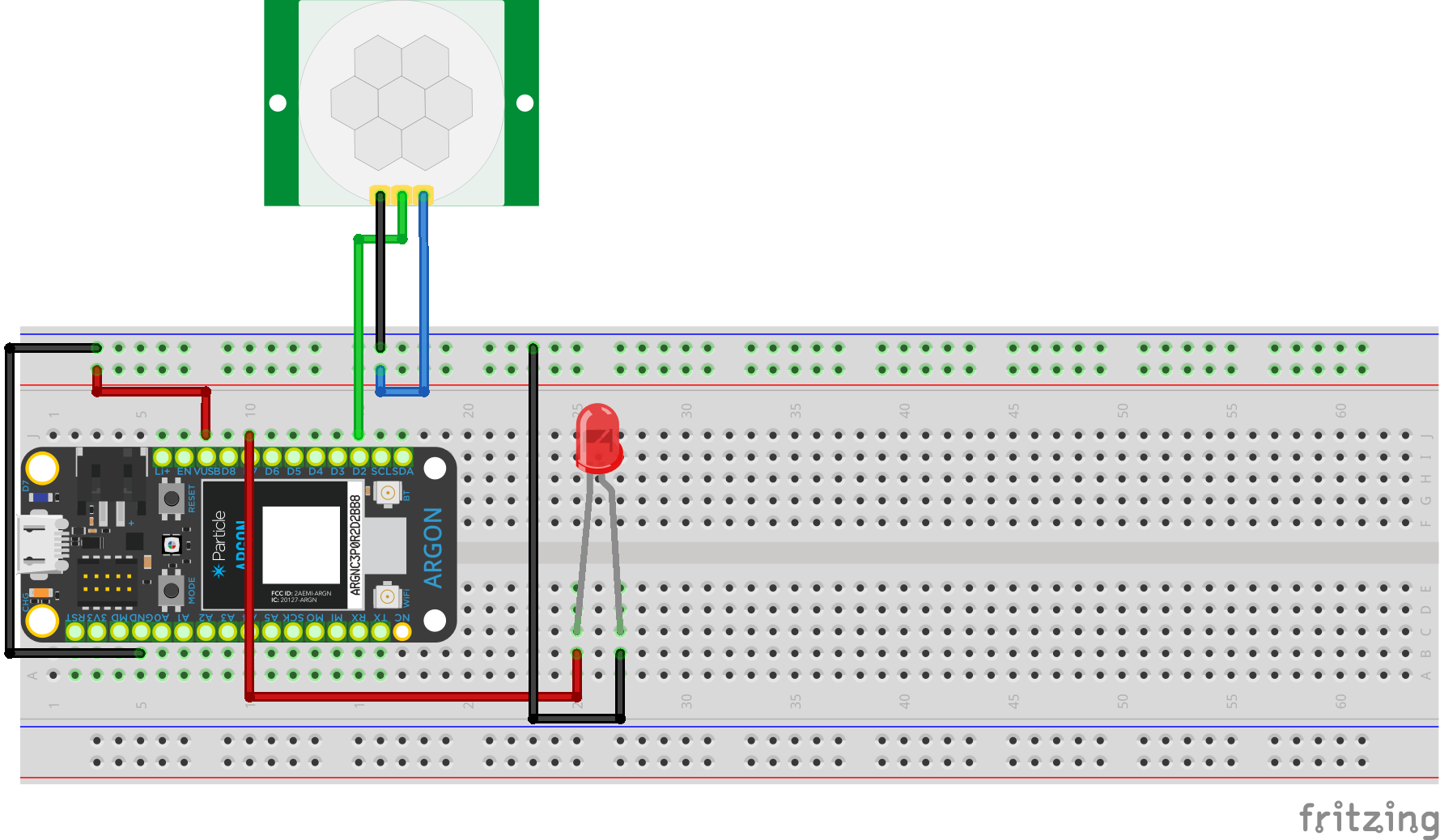