Are you tired of all of your pesky roommates stealing your food? Me too, that's why we have the Food Thief Catcher!

Are you tired of all of your pesky roommates stealing your food? Me too, that's why we have the Food Thief Catcher!

The inspiration for this project came from a very common problem that happens when you live with roommates - stealing each other’s food. When someone would leave the house or even go to bed, one of my roommates would eat my food without asking. Junior year, I took an instrumentation and measurements class at UNC-Charlotte and was assigned a project to simply automate some part of my life using two particle photons. I saw this as a perfect opportunity to kill two birds with one stone.

The project consists of 2 particle photons. One photon is connected to a homemade switch and the other photon is connected to a Piezo Beeper. Once the switch is disconnected, the particle sends a signal to the beeper to let out a long beep. The beeper can be placed in your room or somewhere in the house to let you and the thief know that they have been caught. Using IFTTT, a message was sent to my phone letting me know that the fridge has been opened. If I am not in the kitchen or not at home, I will know someone is trying to steal my food.

The pictures shown above represent the first part of our IoT Project. The first picture is the Particle connected to the homemade switch using electrical wire. The homemade switch, shown in the second picture is made using two-sided tape, stripped wires, and a piece of aluminum foil. On each side of the door there is a piece of two sided tape stuck to the inside. Wire is stuck to tape and aluminum foil is then placed on top of the tape. Each section of the switch is placed in the same position on the door. When the aluminum foil is no longer touching there is a break in the circuit, which tells the Photon to send a signal to the buzzer.

Once the buzzer photon receives the signal from the switch photon that the circuit has been broken, it will set off the Piezo Beeper for about a second. This will also trigger IFTTT to send the users phone a text message.

To use IFTTT, sign up an account on your mobile device. Search for “Particle” for the “this” part of the function and “Notification” for the “that” part. Follow the instructions and make sure your device names are the same on your particle build and the IFTTT template.

Number of Alerts Per Hour 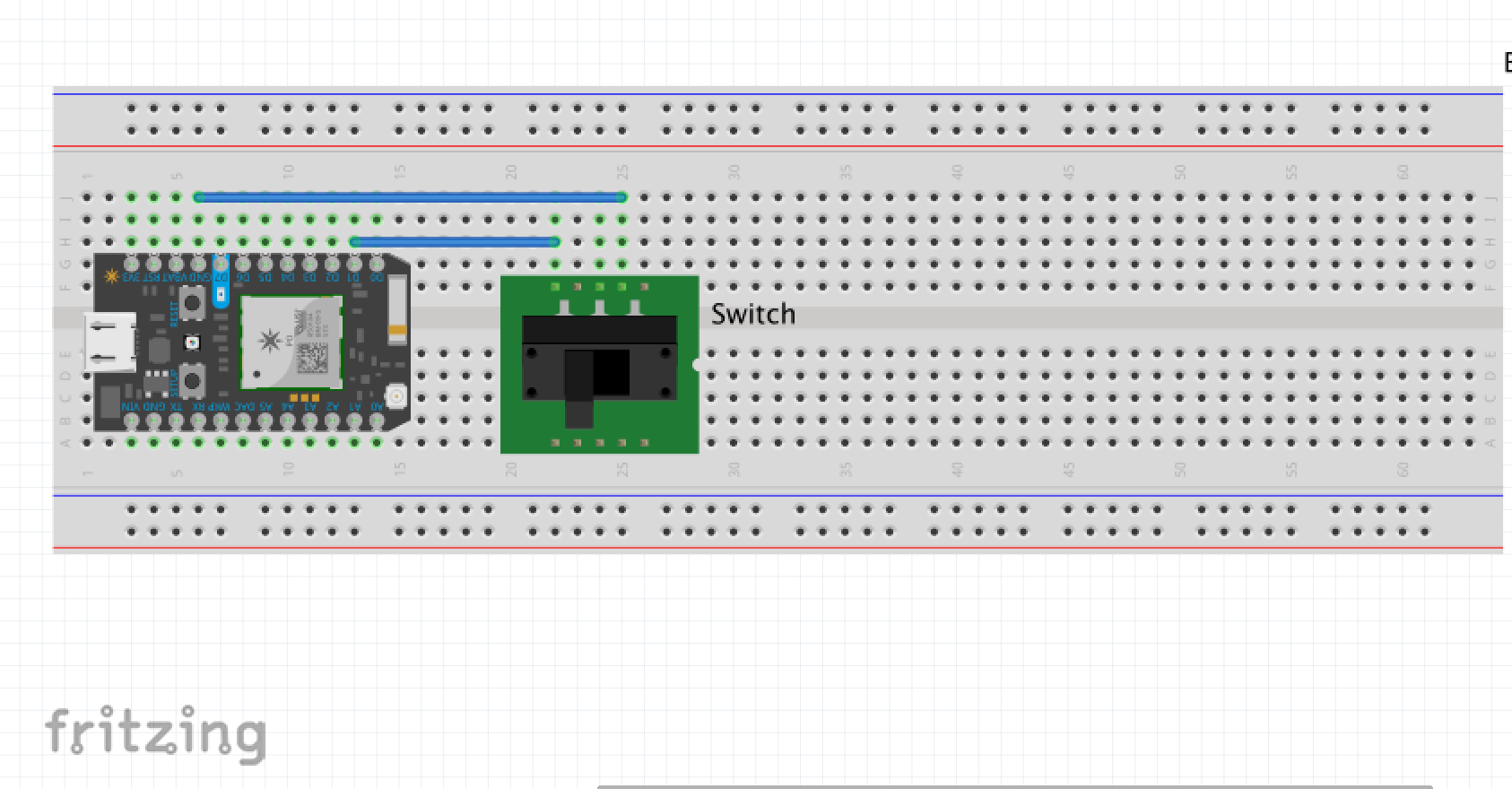