A parking sensor that can let drivers know when a parking lot is full or has vacancies.

A parking sensor that can let drivers know when a parking lot is full or has vacancies. 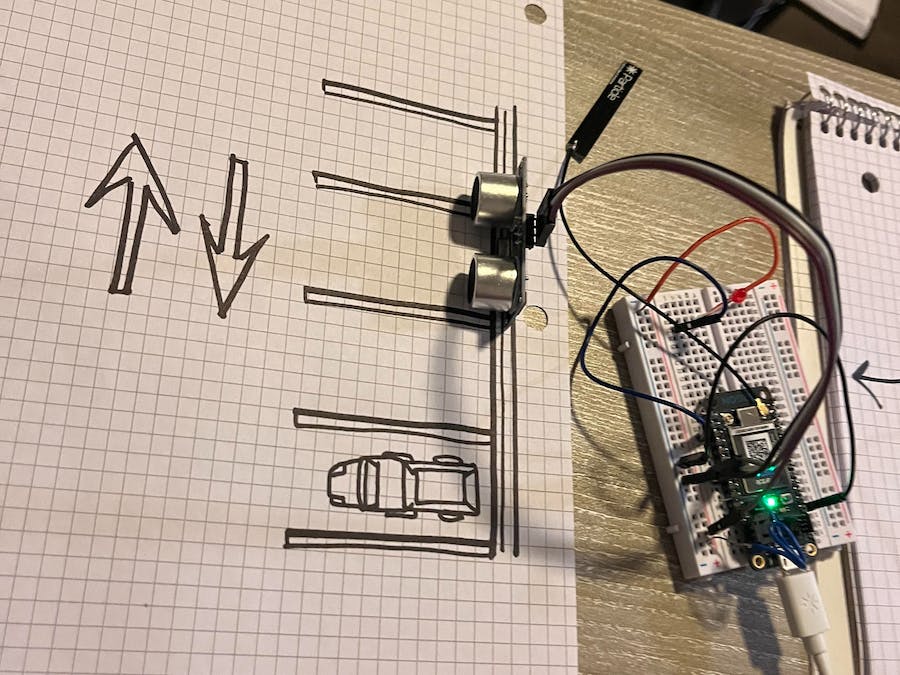 Downtown is a place full of cars and traffic and has tons of parking, both above ground and underground. For our project we decided to build a parking sensor using an ultra sonic sensor as well as two LED indicator sensors. The reasoning behind this decision was to find a way to make parking in downtown city areas easier. This project is designed to be used in a wide scale of places such as high rise parking decks as well as underground parking decks. The first argon is used as the "parking lot" and the "parking meter", and the second argon is used as the "home base". At the first argon, the ultra sonic sensor gives a signal to the "home base" when is senses a car parked in the space. When the car is parked within a specified distance range, an LED will turn on in the "home base" to indicate that the spot is being taken up. Once the signal reaches "home base", it will communicate back to the original argon by sending another signal to the "parking meter". The red LED will then be lit, and indicates to the driver that they need to pay before leaving. 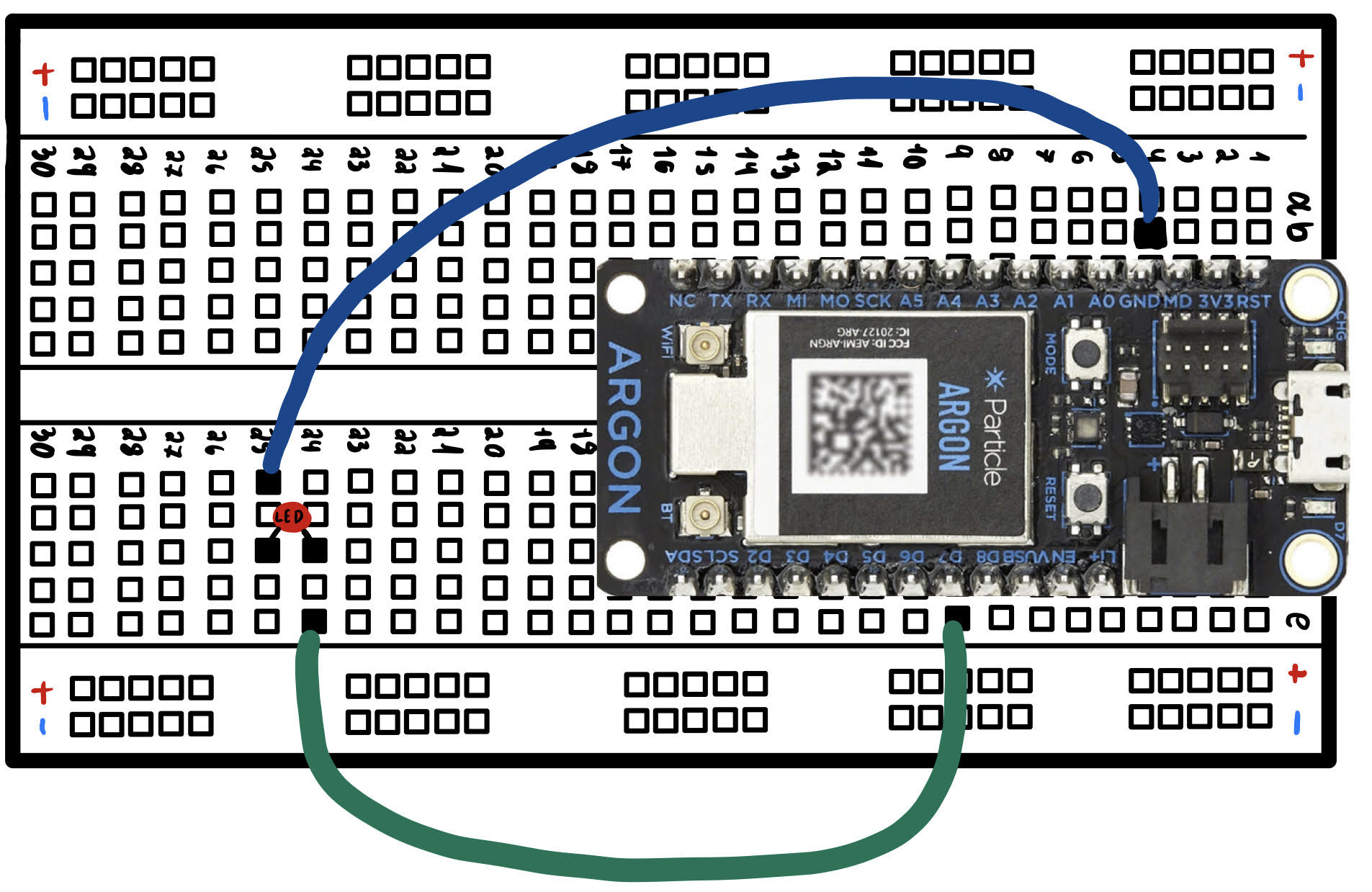 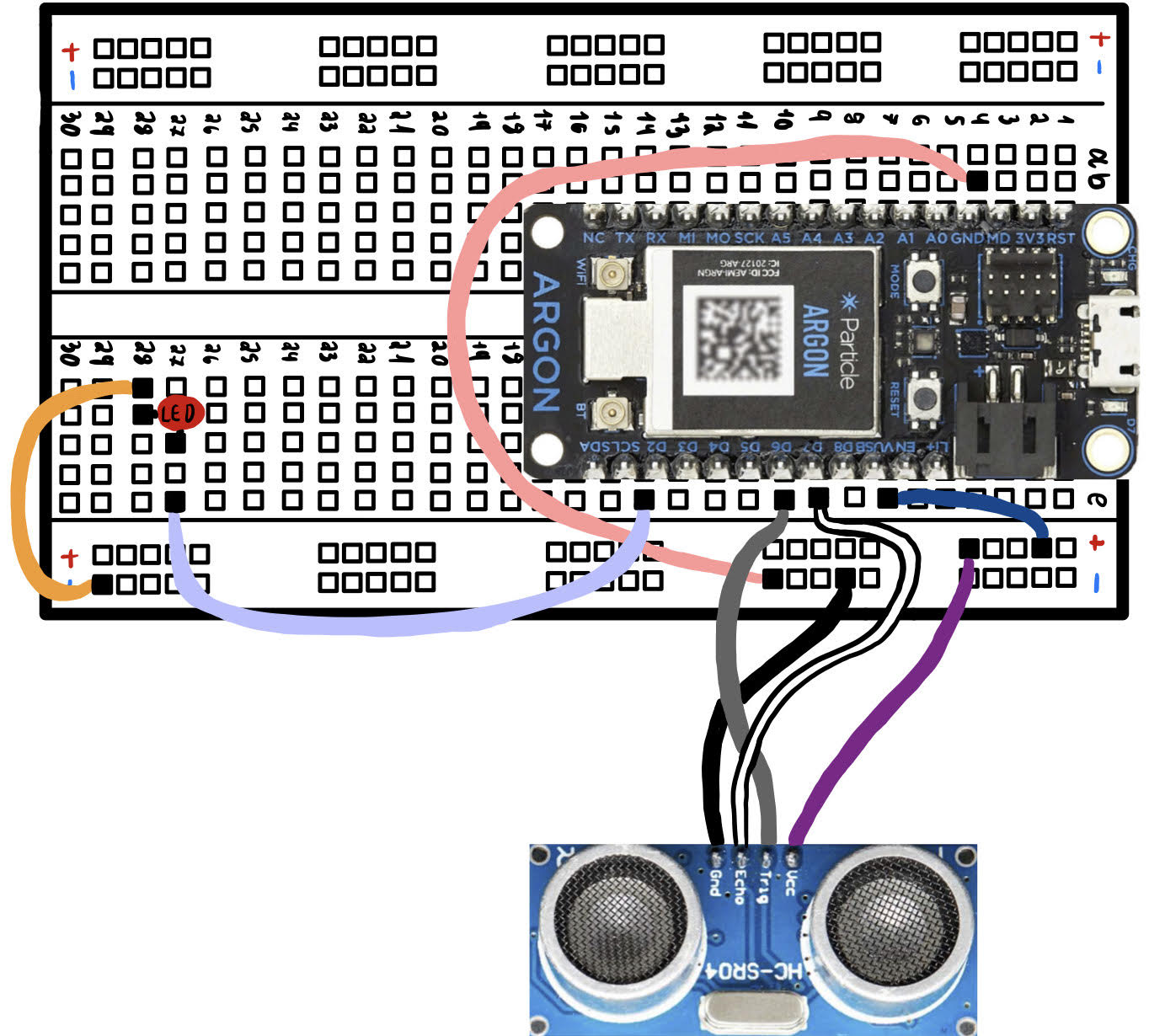