Have you ever had a problem keeping your plant at home healthy? Check out this monitoring system to ensure a healthy plant life.

Have you ever had a problem keeping your plant at home healthy? Check out this monitoring system to ensure a healthy plant life. 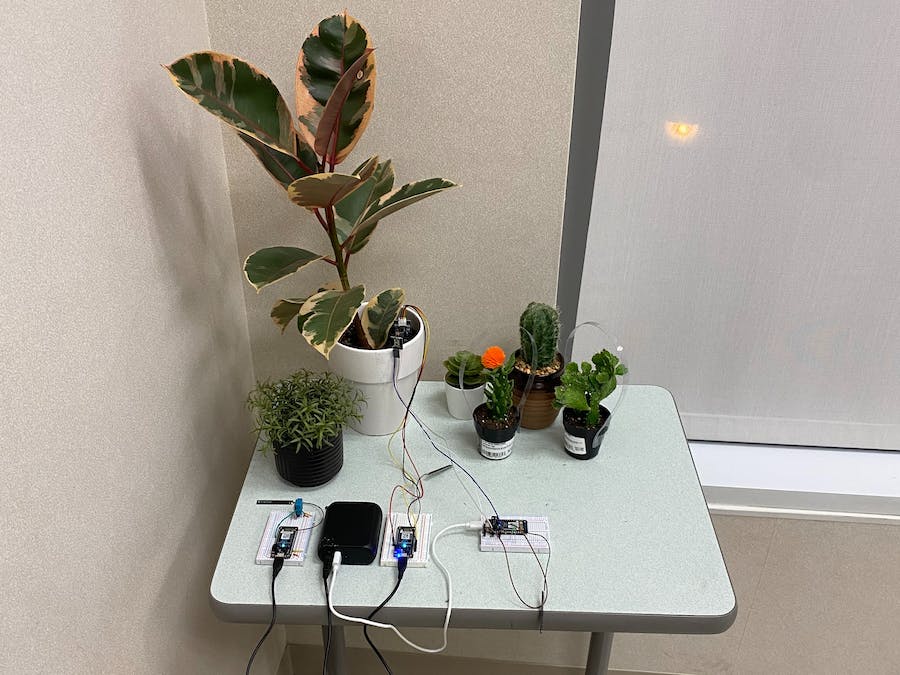 Our group started out by brainstorming common problems that we shared. From there we found that we all have plants that tend to have a short span of life. The idea of a soil moisture sensor came to us when we talked about how we all forget to water our plants. We then narrowed down the list further by deliberating solutions that seemed attainable to implement.One could simply set an alarm to water the plant everyday, but if someone has multiple plants that require different levels of moisture, this would mean setting multiple alarms. However, if one used an Argon to test the moisture level in the soil and set a threshold, the threshold value could be changed specific to the needs of the plant. Technology and information for maximizing soil health was widely abundant on the internet, and we determined it to be possible to use the Argon to accomplish this goal.

Once we established these four sensors, we started researching how to employ these sensors in conjunction with the Argons and found codes similar enough to our project to be utilized with minute changes.

In this project we are using three different Argons with three different sensors. Argon 1 includes the capacitive soil moisture sensor and initiates the data collection and sends the message to the cloud. Once the other argons receive this message they toggle their LED’s. Argon 2 begins to collect the data while Argon 3 begins to process the data. All three of the Argons are communicating between each other, and the result is a voltage value that is being graphed live with the use of Adafruit. Our setup also includes a photoresistor sensor paired with an LED, and a DHT 11 temperature and humidity sensor. Argon 1 is set up with a photoresistor and a LED, this Argon will also detect whether it is sunny or not outside. The LED will turn on if it is not sunny out and will turn off as soon as it detects light, this message will then be sent to the cloud. Argon 3 also includes the DHT 11 temperature and humidity sensor. The code is set up to detect temperature and humidity and indicate to the cloud whether it is too humid or too hot.

Overall the project was a success and everything is working as it should. Our group was able to successfully plot the readings of the soil moisture sensor using Adafruit.

The photoresistor in conjunction with the LED is also working as expected as the photoresistor will send us “sunny” or “not sunny” depending on the amount of sunlight the plant is receiving. The LED will also turn on when it “is not sunny” and turns off when it is “sunny” for a visual indicator.

Lastly, the DHT 11 temperature and humidity sensor is accurately measuring the temperature of the soil and sends whether the soil is too hot. A lower threshold temperature could also be set if needed.

We had several plants over the years, and inevitably all of them die because we forget to water them. Using this project, we don’t have to remember to water them because the Argon will tell me. One of the things that make this project so versatile is that someone can utilize the same code and setup for multiple plants by tailoring the threshold values to the specific plant. Furthermore, this project could be taken a step further by integrating an automatic watering system in conjunction with another Argon and water solenoid. This way, you don't have to worry about watering the plants at all. As long as the solenoid is connected to a flowing water source, the valve can open and close depending on the soil moisture measured by the Argon and the threshold values set. 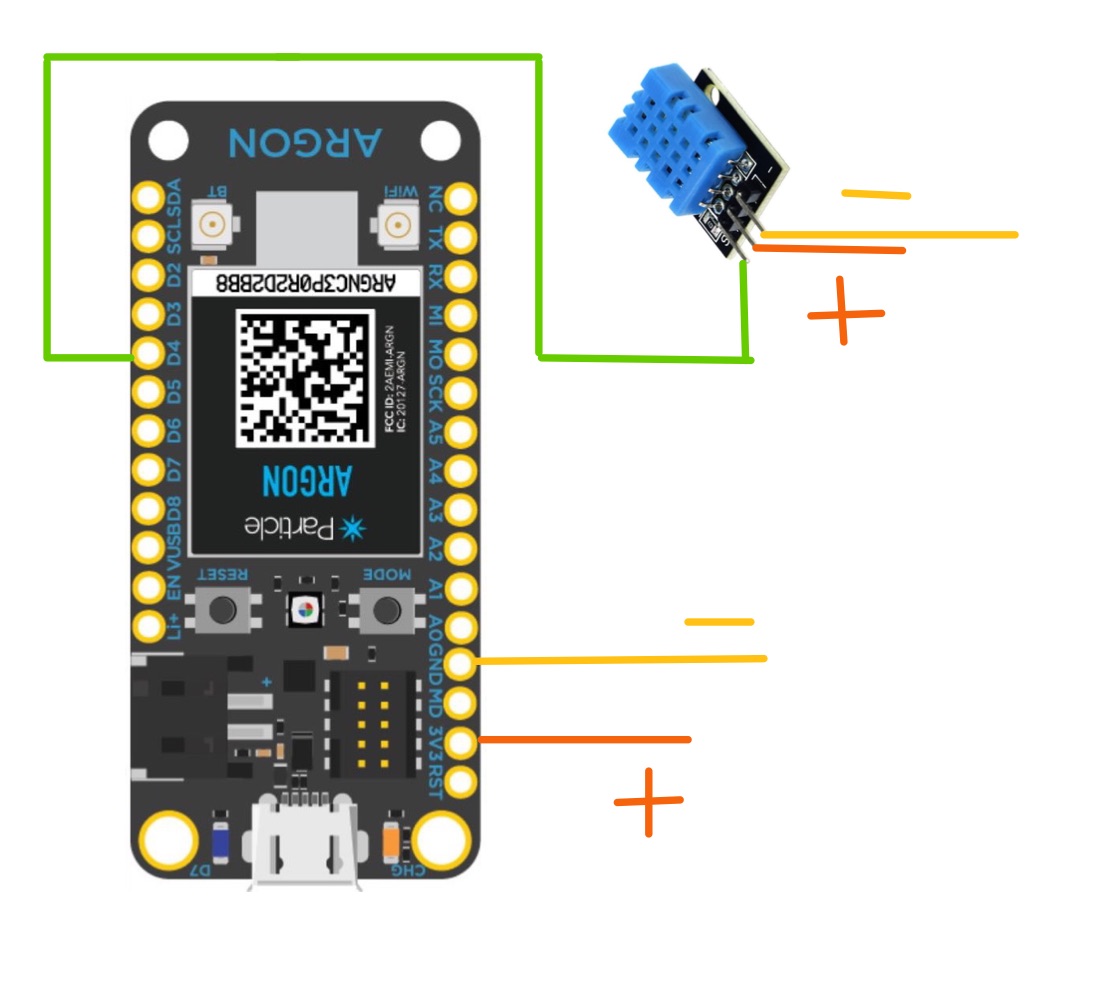 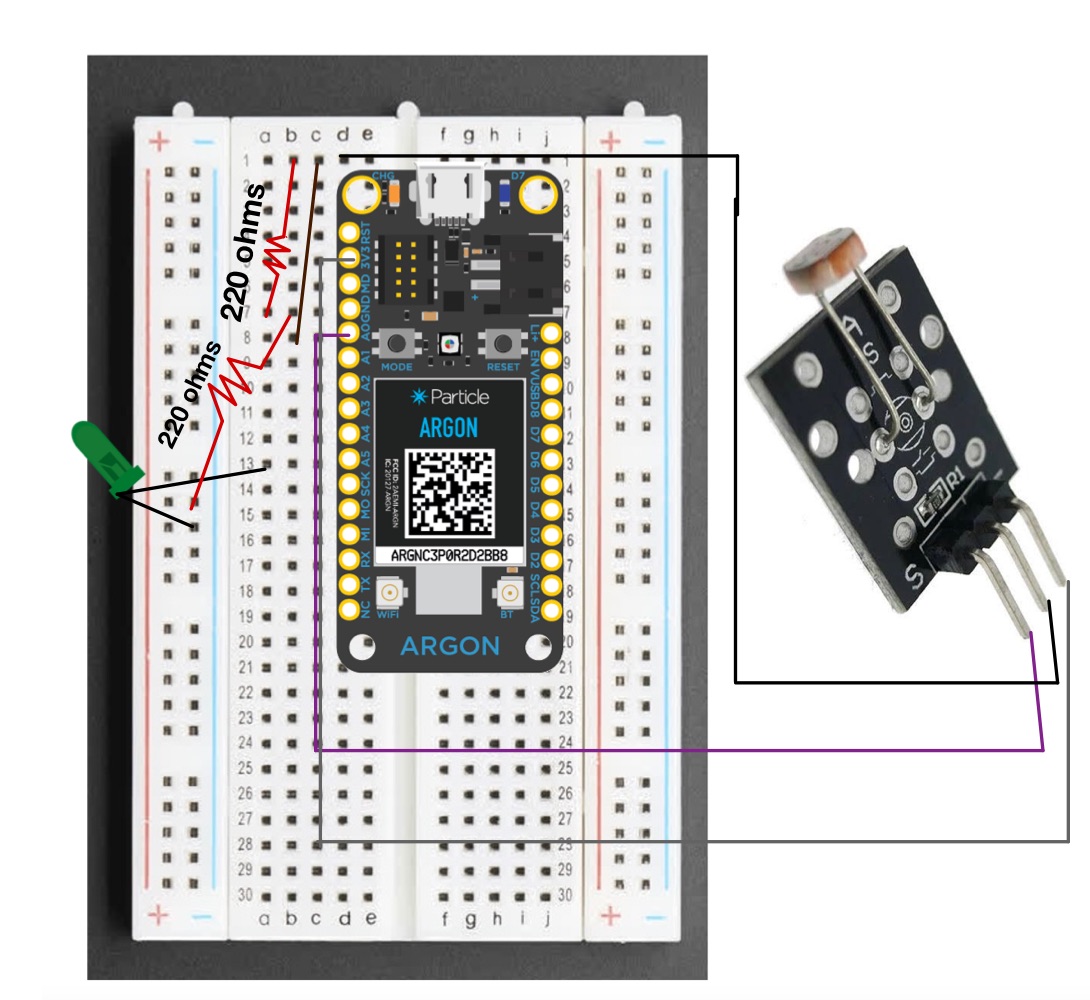 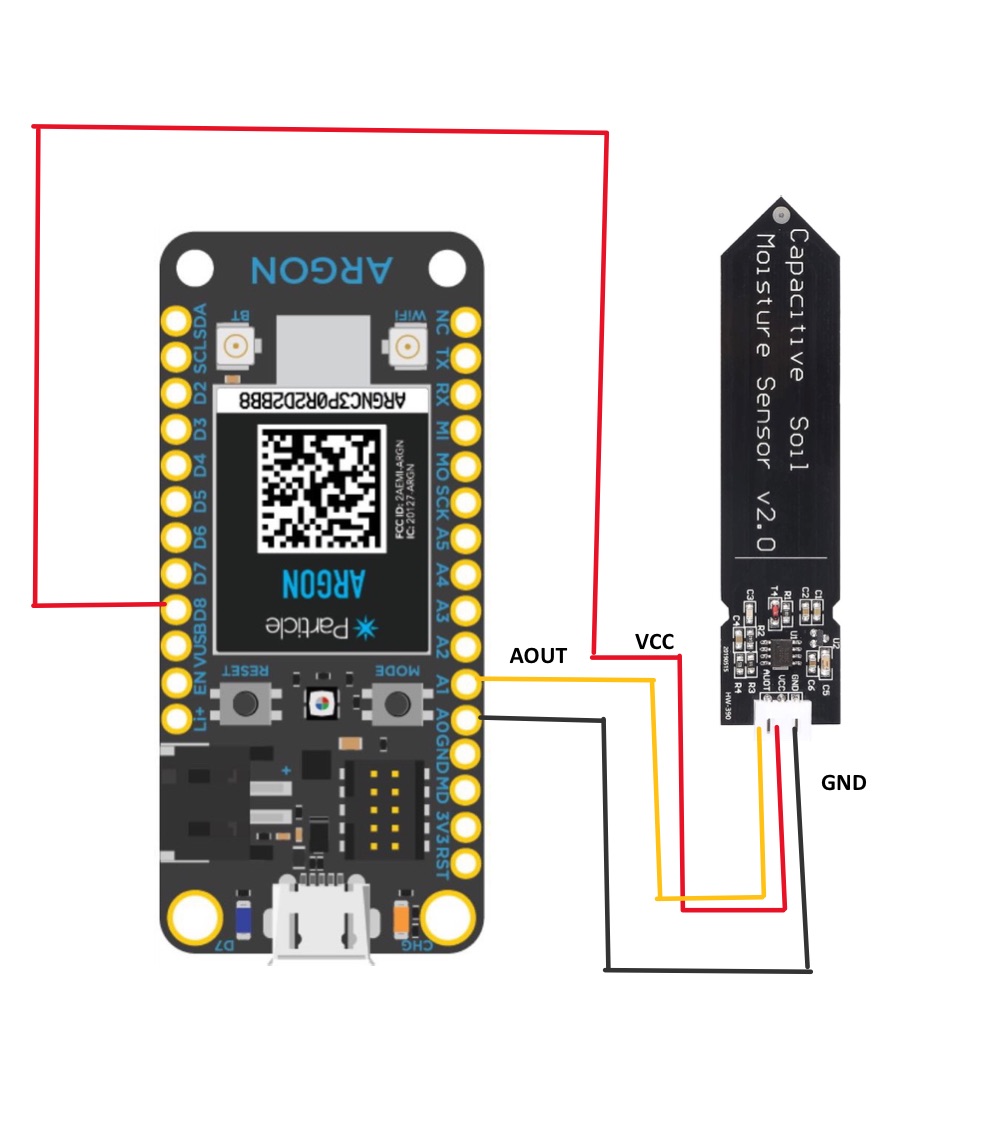