The idea is to utilize a Carloop and Particle Photon to track car mileage and send an update when one car has reached a threshhold.

The idea is to utilize a Carloop and Particle Photon to track car mileage and send an update when one car has reached a threshhold. 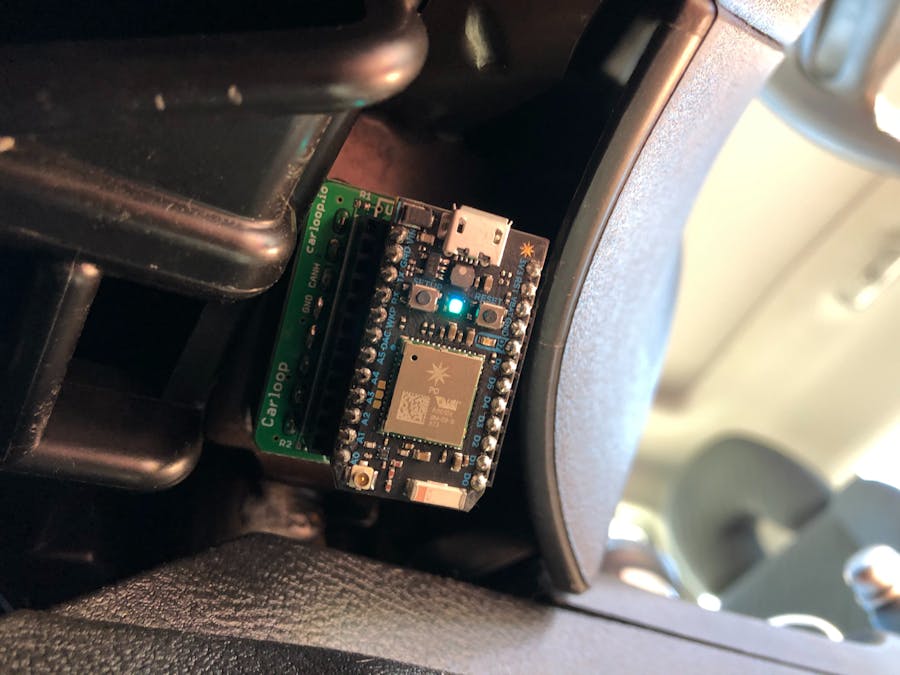 The goal of our project was to create a "virtual race." This is achieved by using a Carloop and a Photon board in each vehicle to track the total mileage. (Specifically, the code in Particle's web IDE tracked mileage by integrating velocity.) When one person's car reaches a given mileage, an email notification is sent out declaring that person the winner.

You can find our data graphing here.

(Note: A few data points were collected as a demonstration and the ITTT applet was then turned off.)

In short, each device was subscribed to an event published by the other. When one of the devices "heard" the other's event, it published an event as a response.

A picture of each device is shown below.

Below is a screenshot showing the "conversation" between the two devices. Note that this conversation occurred every 10 seconds.

To begin, you will need a Particle Photon and Carloop. You will also want to make sure your car has a compatible OBD2 port (these are usually located in the driver side steering well on the left hand side). The Carloop Docs page states that

"The connector on Carloop is compatible with the OBD-II port found on all cars since 2008. Cars made between 1996 and 2008 also have an OBD-II port, but there may not be a CAN bus on the OBD-II port on those cars so it won't work with Carloop."

You cannot directly access your cars odometer data with the Carloop. You can however get velocity data. Therefore, the code will work like this:

The above schematic is a the general layout for our project. The Photon and Carloop use the car's OBDII port to access sensor information and data. It is then transmitted to If This Then That where data points are then graphed in Google Sheets. Additionally, once the data is in the particle cloud, a message is sent confirming that the data has been received which is done via two-way communication through 1 driver's Photon to another drivers Argon.

As stated above, you can not access direct odometer data through a cars OBDII port. There are many open source codes available on GitHub. These typically have a series of functions that call certain PID's within the cars network in order to gather velocity data, integrate it, and convert to position. With that data in hand, it is simply a matter of modifying the code to convert the distance into miles. Depending on when you want your photon and applet to publish events, the interval value can be changed. You can find our modified code below.

The above code contains the core functions that allow the velocity to be converted into a mileage after requesting sensor data from the cars sensor network.

Two give our project and aspect of two-way communication between devices, additional code is necessary. Below is an example of the code needed for the Photon to communicate with the opposing drivers Argon.

IFTTT's applets allow variables within the Particle Web IDE to be monitored. We can use this functionality to help us stay up to date on how the other driver is doing (mileage update emails) and graphing progress. We will also create an applet to send us email updates. Shown Below

To begin creating the email applet, create a blank applet. Select "If This." Chose your device (in this case ours is Particle) and select "Monitor a Variable." By doing this, anytime our particle returns a mileage greater than our set variable, an email will be sent to each participant with the value.

Next, we want to add the "then that" where we tell the applet to send our emails the value.

The completed email applet will appear on your dashboard. For our privacy, I won't be posting the applet with our emails.

To start, create a blank applet. Select "If This." Chose your device (in this case ours is Particle) and select "Monitor a Variable." By doing this, anytime our particle returns a mileage greater than our set variable, that mileage point will be placed into a spreadsheet.

Next, we want to tell the applet what to do with this data (Then That). We want the applet to send the data to a Google Sheet so we will select that as our output.

Once you finish, the applet will appear on your dashboard.

Heavy traveling during the thanksgiving holiday week allowed us to get many miles worth of data.

Due to our lack of knowledge with programming and IOT devices, this project was a big challenge for us. We had a large host of issues ranging from setting up our photon devices correctly to code returning negative mileage values. This project taught us a huge amount about the functionality of IOT devices and just how big the scope of their applications are.

While this project took us a about 2 weeks of consistent work once the idea was formulated, we estimate that the user following the above instructions and using the correct equipment and code could complete this project in 30 minutes to an hour.

We hope this you enjoyed our interesting take on the IOT Project. 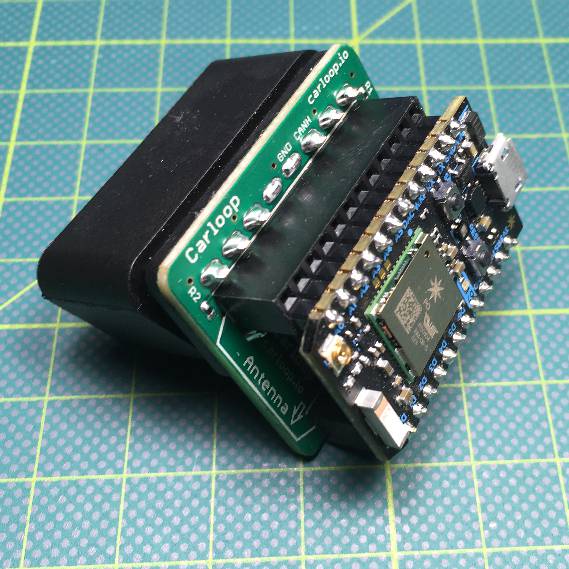 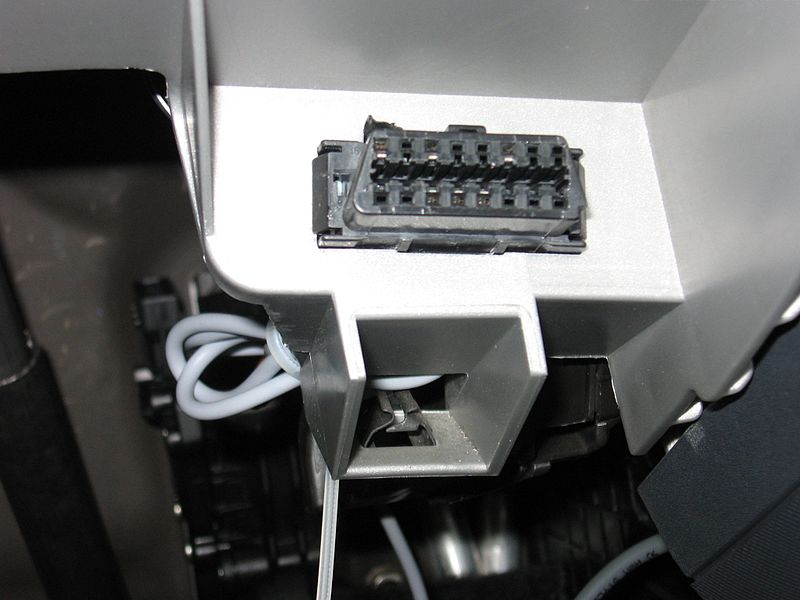 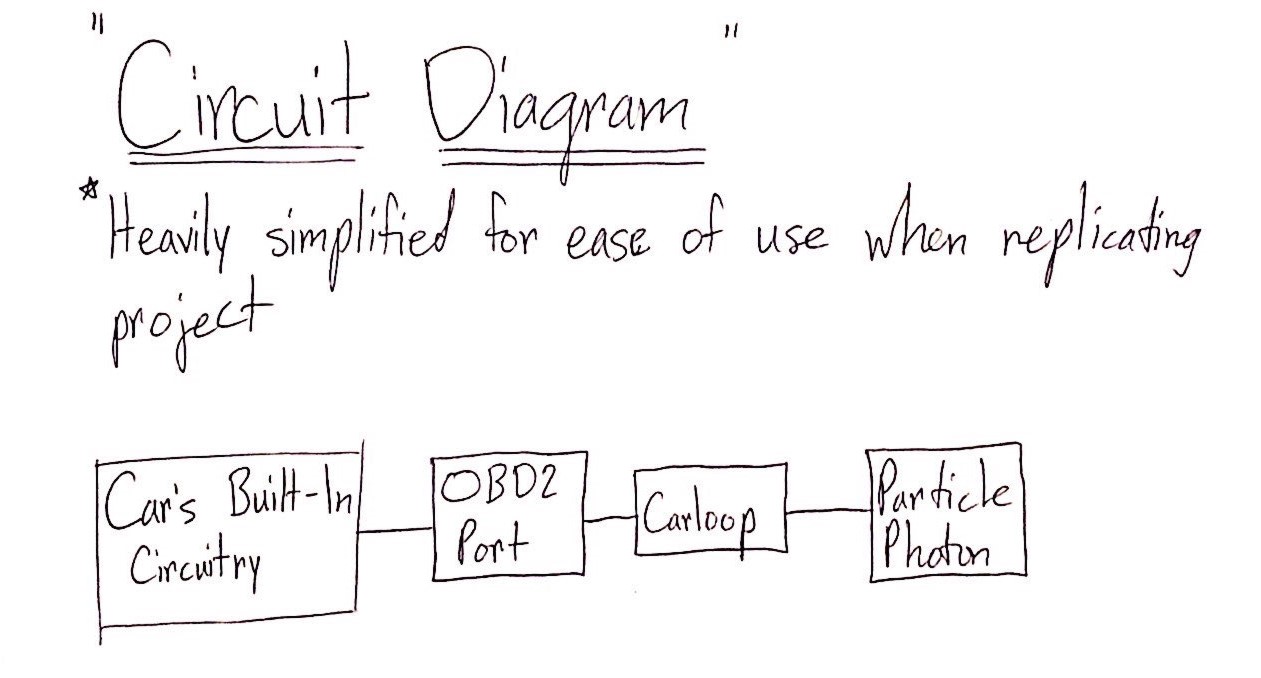