Our spinoff on the Array of Things project, making a laser to track the activity level of areas in a high school.

Our spinoff on the Array of Things project, making a laser to track the activity level of areas in a high school. 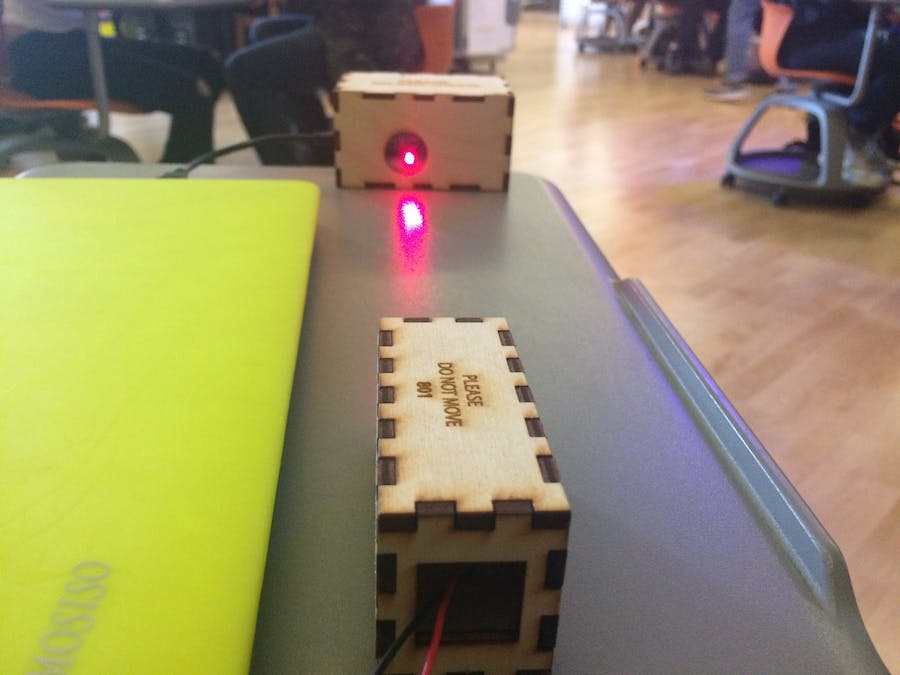 For this project, we attempted to research and track data that revolves around the concept of how much traffic occurs within a section of a hallway in Roscoe Village's Lane Tech High School. Our project consists of one general question that asks, "How much traffic does one area of Lane Tech High School get throughout the day?" and what we could do with that data to analyze movement.

Ask yourself this, who has been in the same place as you are at this moment or how many people walk by and you don't even notice? Most of the time, you would not be able to come up with the answer because, as one may see, a person does not realize that a certain part in a building, crossway, etc. can be very congested based on the day and what the day has to offer for everyone. With this question and the use of Lane Tech, we can find out some similarities between the correlation of an area in Lane and the occurrence of SAT test-taking or even the correlation of an one person in Lane and the PSAT.

When it came to making plans for the box, we were not sure on how we wanted it to look or even how big it should be. So we just drew up a box that had some undefined dimensions and just rolled with that in the mean time. As time went by, our group decided that we should have the main box be a slim fit model compared to the Particle Photon with the rest of its parts. While cutting out our prototype, we realized we had no where to place the laser diode we, originally, were planning to incorporate. So we did some measurements and came up with a new design for the box on the spot; it was what we needed.

We deployed our mote between staircases Z and O in Lane Tech. The Main Enclosure is located in Room 129 and across the hall is the Laser Enclosure in Room 137. We picked this spot because it generates a good amount of traffic on a daily basis making it a popular area.

We looked up examples of our what our project may look. After some consideration, We came to the idea of making the project more similar to a laser trip security system. From there, we figured that we would want to track whether the laser beam is being broken or not. After some researching, we found out that Particle actually provided code for a laser trip system. From there we were able to get a basis on how our code would look and how it would work.

Some of the first challenges that we encountered were trying to make the code work to with the particle. At the start of the project, we were not sure on what we were, exactly, doing, but after reading through some notes and comments on Particle, provided for the laser trip system, we had a better idea on what to do. Another challenge we encountered was how we were going to record our data. To start things off, one of our group members was missing during the week we were learning how to push and/or pull data on the spot. When the member came back, we still encountered a few problems. For some unknown reason, the code we were using was not working properly; we needed it to pull data. Later into the week, our group figured out that we can use IFTTT to pull data directly from Particle's Publishing System and add it directly into a Google Sheet. We could now upload data for when the laser beam is broken and when it is intact with the photo resistor.

Another problem we encountered was with the hardware itself. At one point our photo resistor was not working properly and we figured out that the pins were not fully inserted into the breadboard. Another challenge we encountered would have to be with some people messing with our project. Even though it was in a classroom, with a teacher present at almost all times, some people still found a way to move our boxes slightly to where we could not collect data anymore.

What did we learn in the end? We learned that some people would mess around with your project, regardless of the box showcasing the words "Please Do Not Touch" on it. Also, no matter how secure you may think something is, there could be the risk of something that could ruin it. Other than the negatives, we did learn that it is fun working with lasers because it makes you feel that you are keeping security together. We also found out throughout the day that there never seems to be a dull moment in the hallways when the school is open. There would always be someone walking in the hall and going through the same hall over and over again. 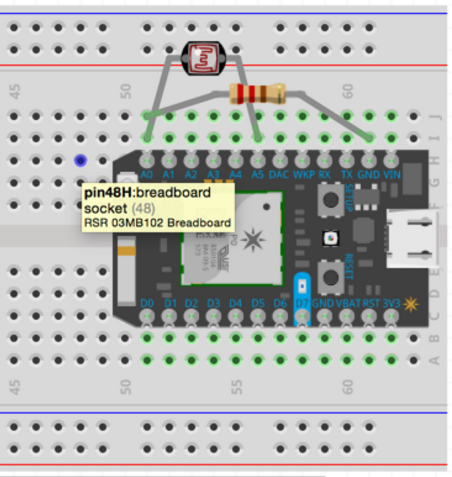