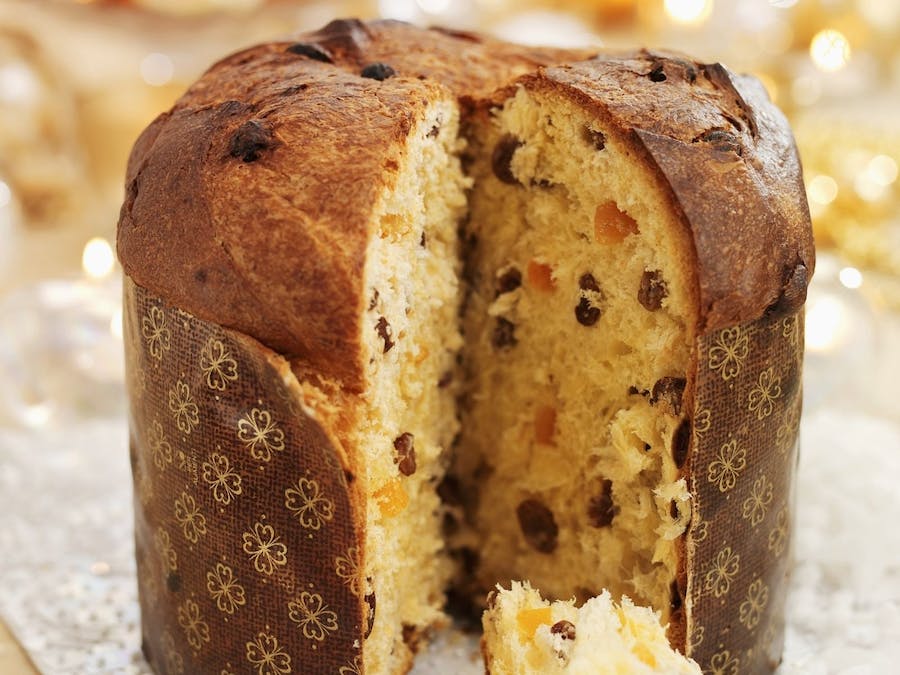 This is a project borne of the frustration of many, many failed Panettone.

For those who don't know, Panettone is a traditional Italian sweetbread cooked for Easter and Christmas. It has an ‘impossibly’ light and airy texture, which requires a highly active yeast from a Sourdough Starter.

Back another step - what's a Sourdough Starter? Simply put - a community of bacteria and yeast that, upon consuming fresh flour and water, release gases that create airy, risen bread. The yeast needs to be strong enough to fight the gravity load of the bread or panettone dough. In the case of bread - not so bad. In the case of Panettone - we are fighting copious amounts of butter, fruit and sugar - a tough ask for any yeast.

When is a sourdough starter strong enough to be used in Panettone? Simple: When it triples in volume (i.e. height) in 4 hours, while being maintained at 27C. Well, sounds simple anyway. Maintaining that is difficult. Nobody really wants to heat their house up to 27C just for the sake of their starter, let alone keep that consistent for weeks on end while the strength of the starter increases. Imagine the electricity bills... And how do you know if it has tripled in size in 4 hours? Do we check constantly? Set alarms and keep a tape measure in the kitchen? Too much, too difficult, too involved. Definitely best to let the robots sort this one out.

What happens when the starter isn't strong enough?

It's dense, difficult to eat, and looks like failure.

And when it is strong enough?

At its absolute finest

So, it's currently May, and I have a while before my next batch of Panettone are due (December). When we were asked in Embedded Systems to solve a 'real world problem' - Easter had just passed, and I'd just failed a bunch more Panettone. Seemed like a problem worth solving.

I'd thought about buying a fermentation station or something similar - but they're are EXPENSIVE items considering what I intended to build had even more features (and was, on the whole, cheaper).

So, lets begin. What do we want the project to do?

1. Manage the temperature of the Sourdough Starter

2. Tell us whether its strong enough for Panettone

I wanted to utilise component-based design principles so I could always isolate issues to one area. As such, I decided upon:

Here's a quick sketch of the system architecture:

We need a simple way to get everything talking to everything else. I don't have significant experience in this field, and I felt IFTTT provided the simplest and easiest way to get this communication happening.

I created an IFTTT account and then generated an applet with a Webhook as the 'IF'. Essential, IF the webhook recieves a web request with a JSON payload (i.e. a request from the RPi with some accompanying JSON data), THEN it triggers a Particle function. The Particle can then use the JSON data however it needs!

The following link helped me tremendously:

Most importantly, the webhook will give you an address of the form:

"https://maker.ifttt.com/trigger/tempsent/json/with/key/XXXXXX" (I have removed my personal key here)

All we then need to do is use that URL in our code to post when the time is appropriate to trigger this applet.

The second IFTTT is a connection between the Particle and the phone - this is quite simple. The IF waits for the Particle to publish an event of a specific name, then sends a notification to the IFTTT app on the phone when recieved.

Now, let's get all the sensors working, and the RPi talking to everything. To connect up the circuit:

I note here I chose a laser over an ultrasonic sensor for a few reasons:

A photo and schematic are included below. Net ports are shown in the schematic to improve visibility of the wiring. I note the schematic does not show the USB connection between the Arduino and the Raspberry Pi, however that is a critical component for communication.

Now - code time. Create a new python file on the Raspberry Pi and start editing - I use Thonny as I find it really easy to use. Lets start with the imports:

I created an 'average readings' method for robustness - this took 5 consecutive readings and averaged them out before reporting back to the webhooks / serial etc. This ensured single erroneous readings didn't mistakenly trigger events. It also included a fault management code check that sends the user a notification if 100 faulty readings are observed.

There are a lot of comments in the main loop - mainly used for debugging purposes. The main loop gets the average then decides what to do:

While the temperature just ranges between 24 and 30, no device is turned on (this is the 'optimal zone' for the starter).

This results in the following python script:

The setup is as follows:

Photo and schematic below:

The Arduino is getting data from the RPi via USB (serial) - messages encoded into utf-8. All we need to do is get the serial code and perform the relevant action depending on that code. Massive amount of help recieved from the following link to achieve this:

This is managed via an if statement in the main loop of the code below. The code is generated within the Arduino IDE as an.ino file.

The Particle Argon plays a pivotal role in communication between the user and the code / devices. In terms of physical connections, we need to connect the LCD / Potentiometer and the LEDs. The LCD should have been very simple - i.e. connection via I2C (through SDA/SCL), but I just could not get it to work. I had to connect it pin by pin, following the directions in the below Hackster project:

The Particle code, generated within the Particle IDE, is the longeand most complicated code as it ties everything together. Walking through:

Here is the code:

The HTML was used to enable remote access to the system. This let me reset the timer when the 4 hours had expired, as well as monitor temperature and growth from anywhere that had internet access.

I won't post all the code here, just a few functions. The majority of the code is taken from the Particle tutorial on calling functions from the web:

The HTML's key functions were to:

Again, this code is NOT whole - it's just some of the key relevant functions needed. Here is GETTING data from the Event Stream:

And here is CALLING a function by pressing a button (Particle ID removed):

Some photos of the LCD display at various points:

That's it. Everything working and all synced up. This weekend I'll be putting it all together into a physical insulated box and uploading some more photos in its final form.

Here is the box in its final form: