Using an old car keyfob and a Particle Electron, you can remotely lock and unlock your vehicle.

Lock and Unlock Your Car via the Internet!

Lock and Unlock Your Car via the Internet!

Using an old car keyfob and a Particle Electron, you can remotely lock and unlock your vehicle. 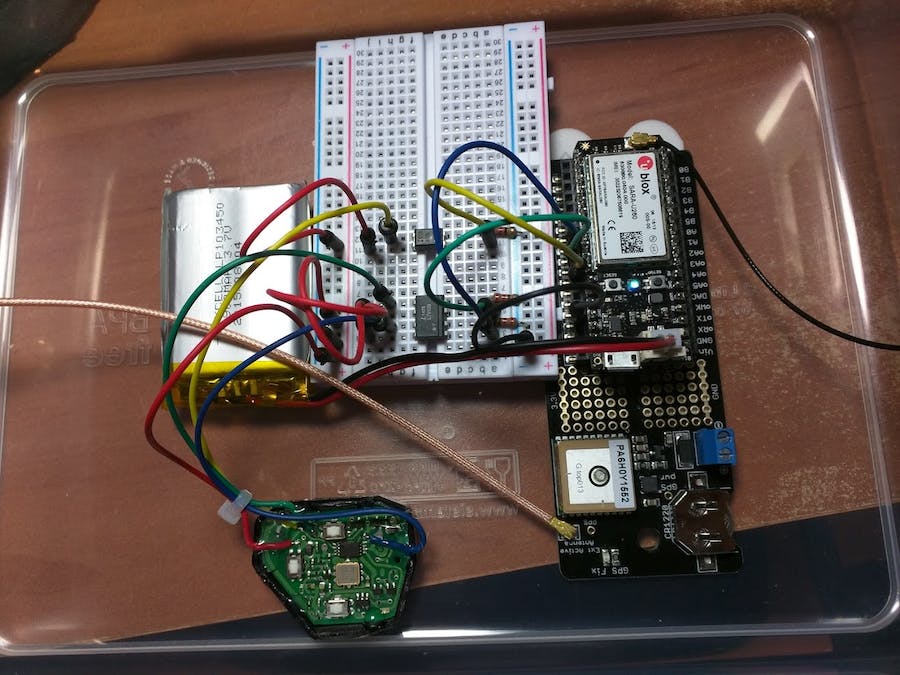 My car has a key with a built-in keyfob. The plastic housing broke, but the keyfob inside the key still worked.

I disassembled the keyfob and extracted the circuit board.

The circuit board from the keyfob

On the board were three buttons. Lock, Unlock and Panic. On the back of the circuit board is a place for the 3V coin-cell battery. Also on the circuit board were pads that looked like they would be easy to solder a small wire onto. Using a multi-meter on the continuity setting, and looking at the circuit board, I figured out which of those little pads were connected to the 3V line and each of the three buttons. I learned that by connecting 3V to the pads for each of the buttons, I could control the keyfob without physically pressing the buttons.

Then I soldered wires to each of the pads that I had found.

Then to make sure the wires didn't snap off the fragile solder points, I used hotglue to hold everything in place.

Hotglued into the case which holds the coin-cell battery

I wrote a very simple program for the electron so that I could send commands to it over the Particle Electron REST api. I made three functions, Lock, Unlock and Panic. When the Electron receives these commands over it's cellular data connection, it will run the appropriate function and activate a 'button press' on the keyfob.

By having the device inside the car and connected to the Internet via a cellular data connection, I can lock and unlock my car doors from any other internet-enabled device such as my cellphone.