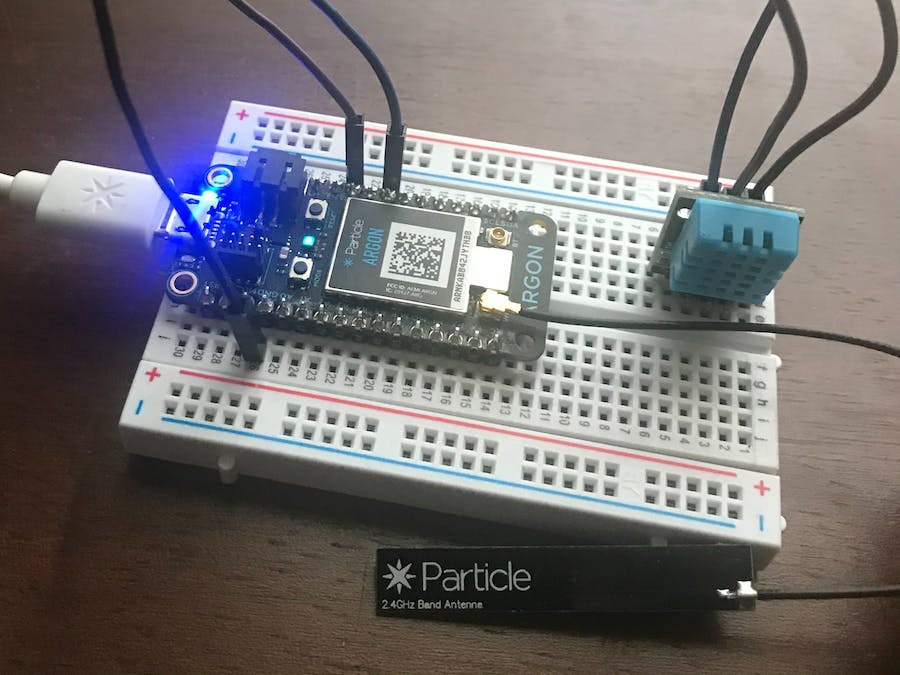 My room is in a space where the temperature inside can fluctuate rapidly, which can make the room a bit uncomfortable at times. To address this, I decided to make a temperature sensor that can alert me through email when the room temperature goes outside the ideal level. This way, as long as I have my phone on me, I can tell if I need to do something to fix the room temperature.

The DHT I used has a backboard with a built-in 10kΩ resistor (the flat black part of this DHT11). If there's no backboard but still 3 pins, put a resistor somewhere on the power line so that the circuit doesn't short. If there are 4 pins, the same thing applies as 3 pins without resistor, but the 2nd pin from the right is not used. The rest of this explanation is made with the assumption that this is a DHT11 with a backboard. Make adjustments as necessary.

The wiring is pretty simple, it's just 3 wires running from a 3 pin DHT11 to a microcontroller connected to my PC. (see full schematics below)

(credits to Adafruit and the DHT library they made)

These few lines are how you set up the DHT according to the DHT Library that was imported. DHTPIN is the digital pin you are connecting the DHT to. DHTTYPE is the model of DHT, in this case the DHT 11.

This check in the if loop checks so that numbers that are absurdly high due to voltage spikes aren't posted.

The code, (included below but here's some screenshots)

loosely based on Debounce Code

Here's an email alert from when I left my window open one day.

(hedgehog is the name of my Particle Argon)

And here's one from when I left the sensor on top of my heater for a bit.

(hedgehog is a weird name for a microcontroller I know)

IFTTT can be really inconsistent with when the alerts come out. They can come late sometimes, or they can come perfect in 1 minute intervals. IFTTT is just like that sometimes.

This is a simple, perhaps crude, beginner temperature sensor that comes with alerts to boot. 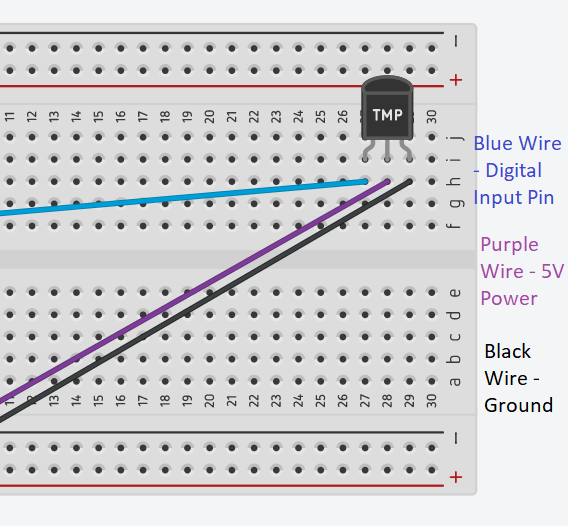 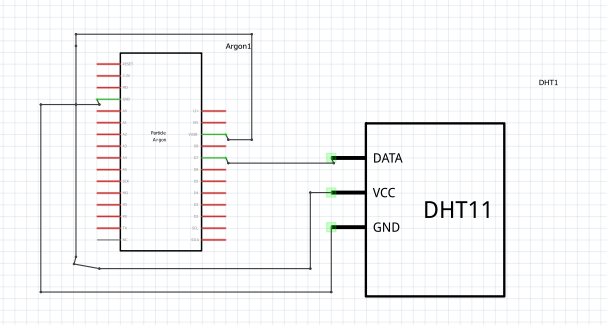 3 projects • 1 follower
ContactContact
Thanks to adafruit.