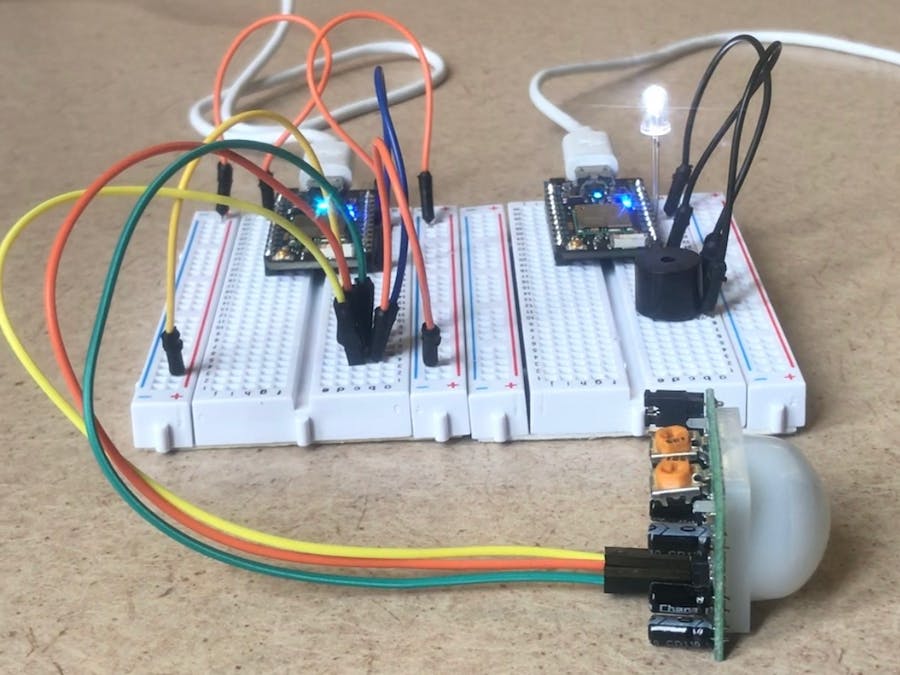 For the purpose of a cost effective approach to motion detection devices, we have created a simple DIY project. Using the versatility of the IOT project, users can implement this device in numerous scenarios, ie: door alarm, mailbox detection, garage opened etc.. Not only does the motion detection indicate notifications via sound and light, but it also collaborates with the internet of things to publish instantaneous data that will notify the user of when the detection was tripped. Worry no more, because with this device you can be sure to know when exactly a motion took place.

The first photon consists of the motion detector as displayed in the circuit diagram. Each time motion was detected, a value/amplitude was published in the form of a bar graph to Google Sheets through an IFTT (If This Then That) program. In addition to the instantaneous graph, we utilized an applet in IFTT that will notify the user via text message and email of when exactly the particle is online and if it’s tripped. See Figure 1.

The LED is on its own breadboard, in collaboration with the motion sensor via a particle subscription. With this subscription, every time the motion detector was triggered the LED would go off as well. This gives the user a visual representation of when the motion was captured. When this LED goes off, the subscribed motion detector photon publishes its event through IFTTT.

The buzzer is on the same breadboard as the LED, and is in collaboration with the motion sensor via a particle subscription. With this subscription, every time the motion detector was triggered the LED would go off. The buzzer was placed within the same loop as the LED light, so when the LED turned on, the buzzer indicates a pulsating beep. This gives the user an audial representation of when the motion was captured. When this buzzer goes off, the subscribed motion detector photon publishes its event through IFTTT.

Our two breadboards were attached to one another and was tested through a simple motion of our hands. This is merely to satisfy the proof of concept, thus when successful trials are present, the user can apply it to any scenario they desire. As a hand swept near the motion detector, the LED and buzzer would go off, and initiate the published event through the internet. See Figure 2 for this data recording. 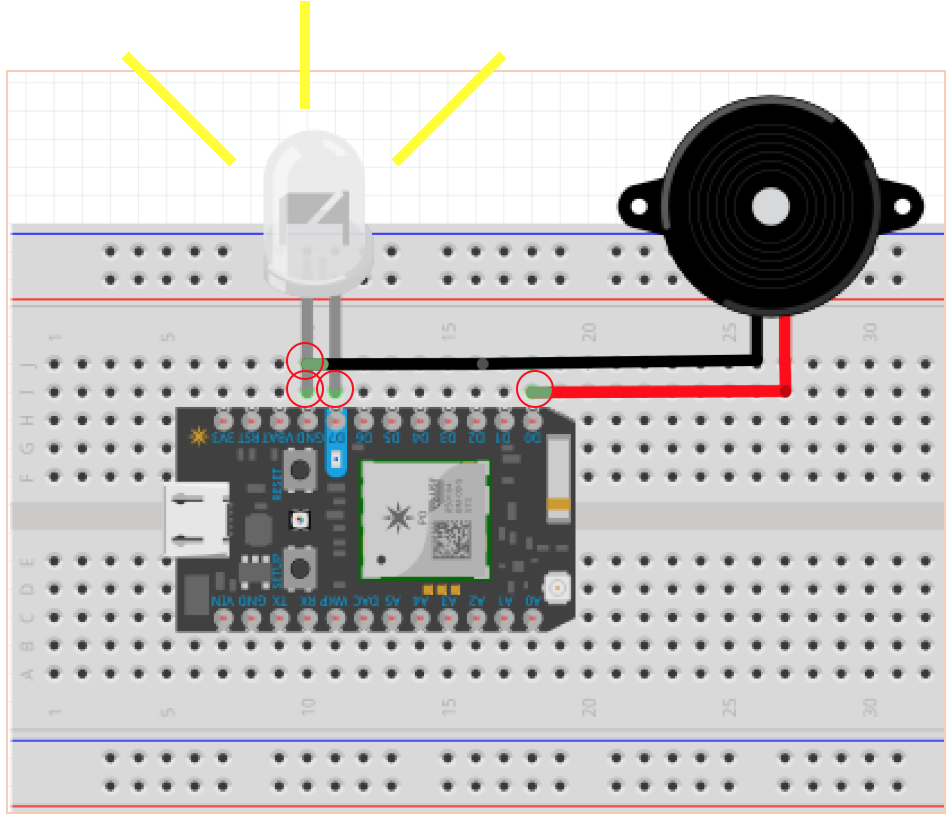