This once in a lifetime product can be purchased today for any of your water level monitoring needs!

This once in a lifetime product can be purchased today for any of your water level monitoring needs! 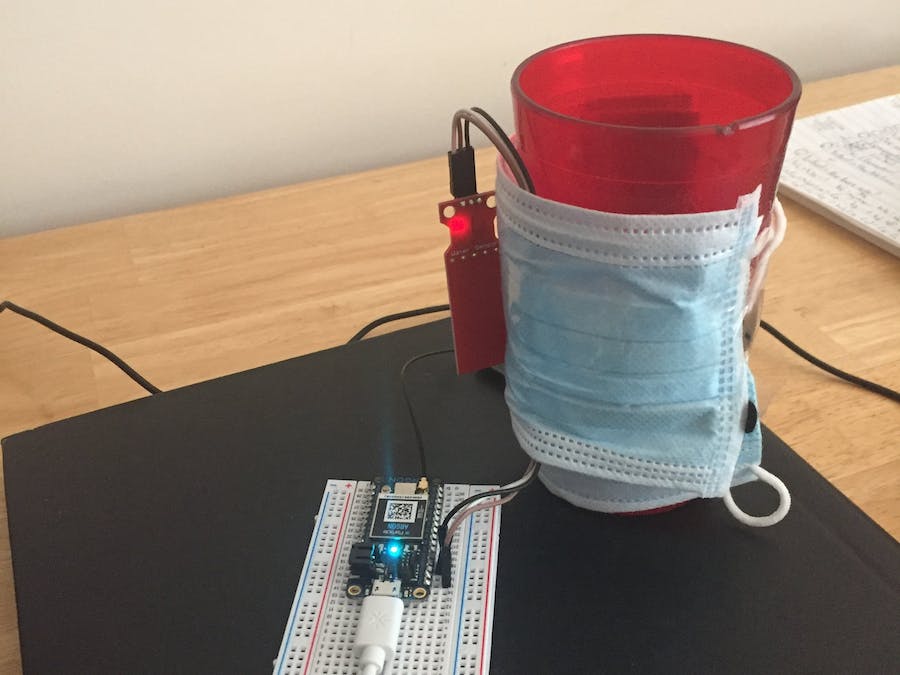 Doctors say that we need to drink about 6-8 glasses of water per day. But how much water is actually 6-8 glasses? This is where we came up with the water level sensor. Three Particle Argons working together to tell you where your water level is at and a reminder when the water level starts to get too low.

Here is Argon Number two's setup. The LCD's first line prints "Water Level" and the second line changes according to the level given by Argon Number one. The 10k potentiometer was added to the circuit to adjust white text brightness.

Here is Argon Number three's setup, very simple. But we are using the D7 LED that is already a part of the particle.

Argon Number one is coded to tell the LCD screen LOW, MEDIUM, or HIGH. But each one of the levels have a range of values for it to read the certain level.

High to Medium via ThingSpeak

Shown above is the data collected when activating the water level sensor inserted into a cup filled to the brim with water, then removing water to the half-way point of the cup.

Shown above is the data collected when activating the water level sensor inserted into a cup filled 1/4 the way with water.

Phone Notifications of all levels.

Every time the Particle Argon's are flashed and new events in the Particle Console are created, push notifications are sent to the user's phone to notify them of the water level status through the IFTTT software.