This project used two Particle Argons, a PIR motion sensor, and a green LED to detect and notify movement.

This project used two Particle Argons, a PIR motion sensor, and a green LED to detect and notify movement. 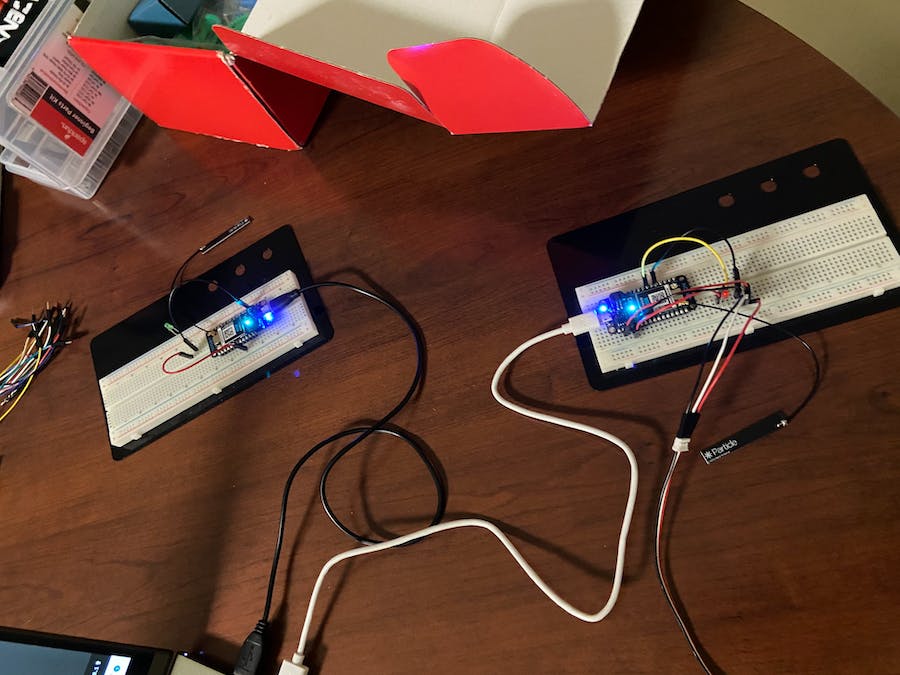 One thing that a lot of people need these days is a security system. Something to notify you when there is movement or activity near your proximity. So for our project, we decided to use two particle argons that would do just that by communicating together. One argon will detect motion using a motion sensor and the other argon will notify you by lighting up an LED.

The second argon is connected to the LED light. The argon supplied voltage to the LED through pin D7 and the GND pin.

We used the Particle Build website to create the code for both Particle Argons. Once the codes were made, we then uploaded them onto the argons and flashed them with their respective code. This allows the first argon to publish events on the cloud whenever motion is detected, the second argon then receives the data and sends a signal to the LED to turn on. Below we have a couple of pictures and a video of our project along with a graph demonstrating some data collected through some of our trial and test runs.

The following is a graph plotted using data collected from one of our trials. Using the IFTTT Maker service, we were able to transfer data into an excel sheet. The graph represents the date and time the trial was run (x-axis) and the number of times it detected motion/motion sensor and LED argon were communicating(y-axis). 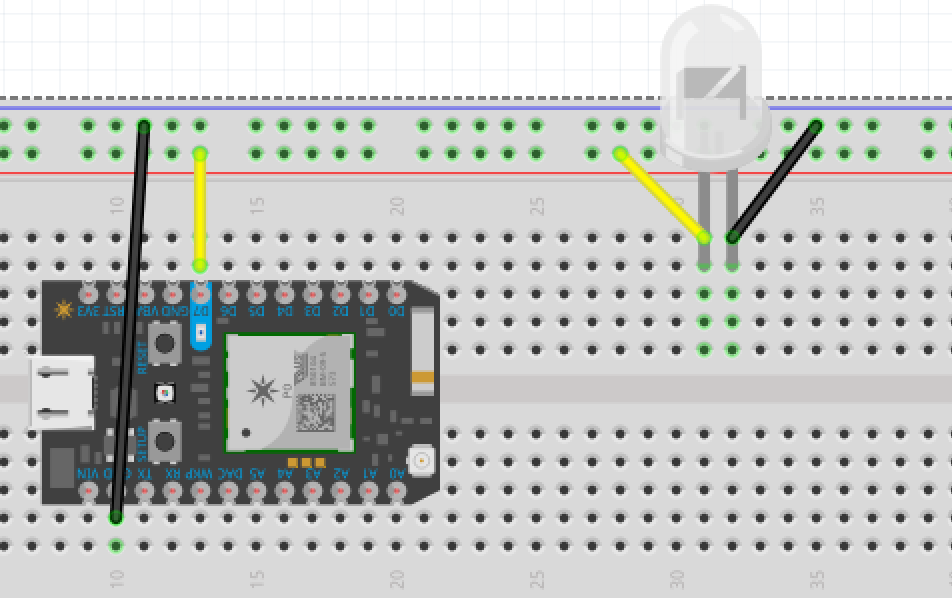