This project uses a DHT11 sensor to read the temperature and humidity and then displays these values on an LCD screen.

This project uses a DHT11 sensor to read the temperature and humidity and then displays these values on an LCD screen. 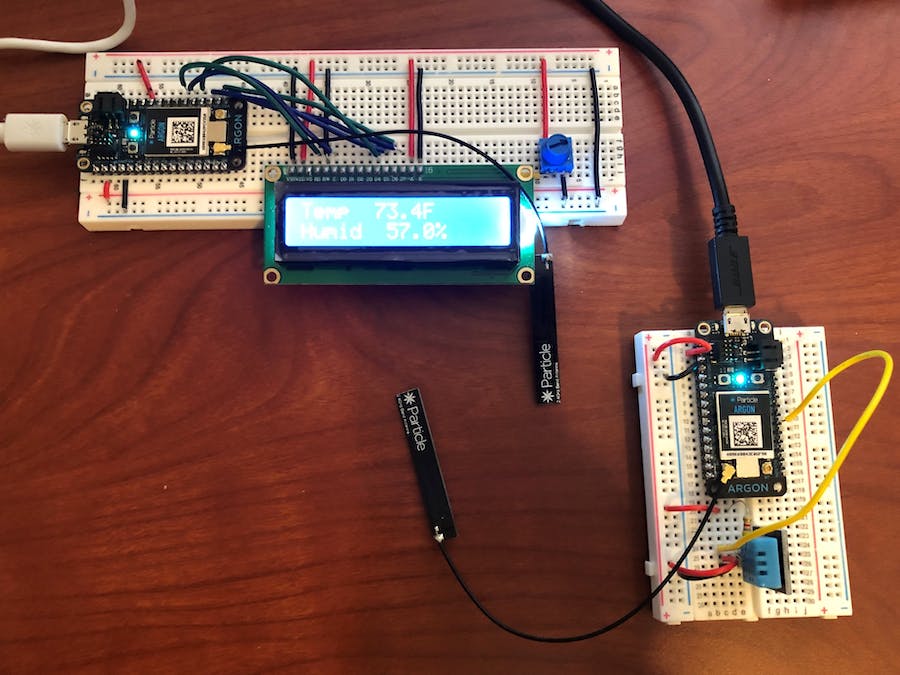 We accomplished this project by first wiring the Argons as shown in the circuit schematics. After the Argons were wired into their proper circuit and connected to WIFI, the code for each individual argon was created. The first Argon was coded to collect data from a DHT11 sensor, giving us the temperature and humidity values. This data was then published publicly, allowing the second Argon to receive the temperature and humidity values. The second Argon was coded to display these values on its LCD screen. Once the data was received the second Argon was also coded to send a signal back to the first. This signal tells the first Argon to flash its blue LED light. After the Argons fully communicate, the data is sent to ThinkSpeak. This allows for the data to be monitored online with live updates. 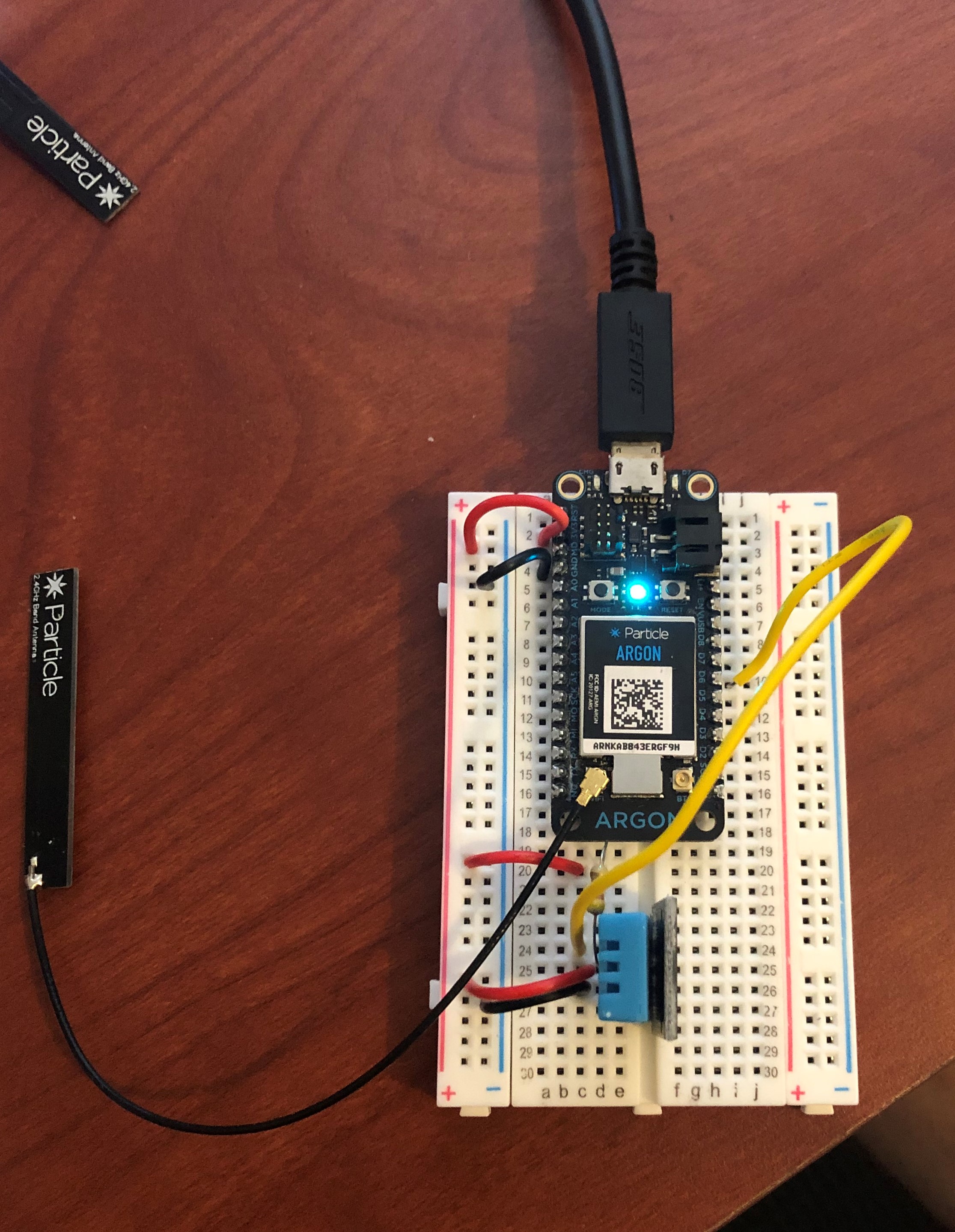 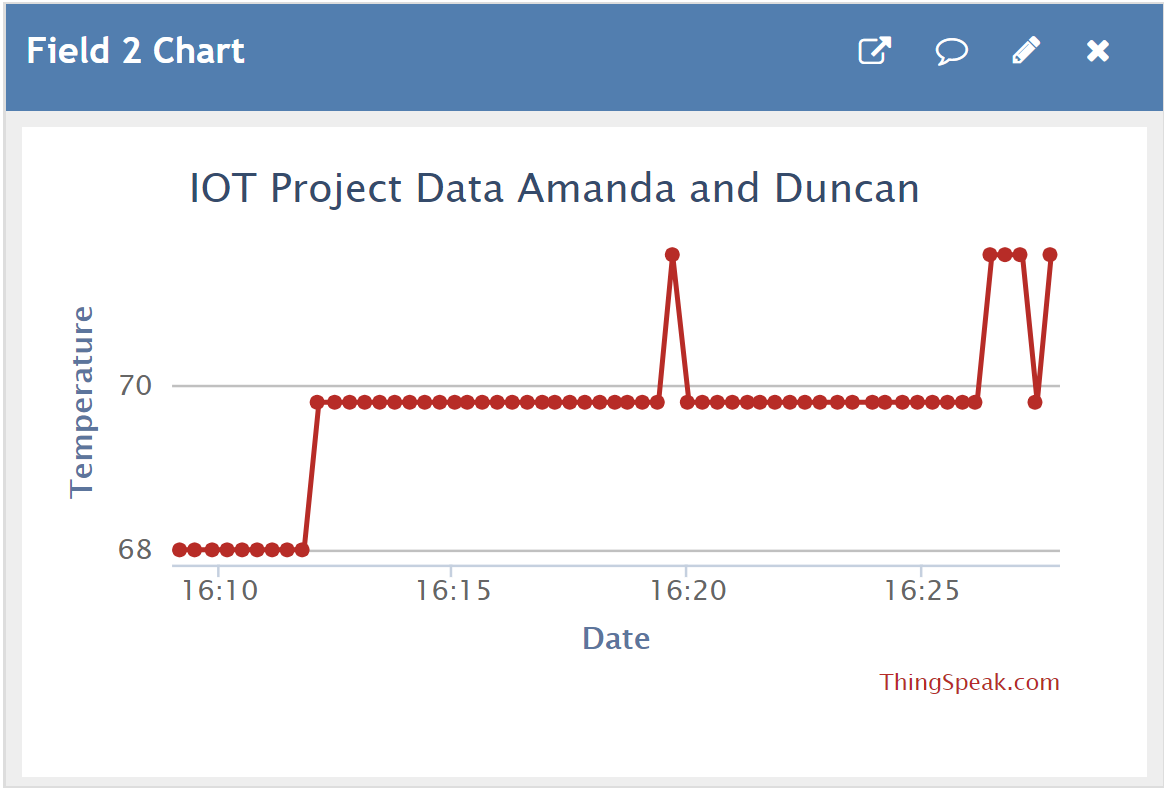 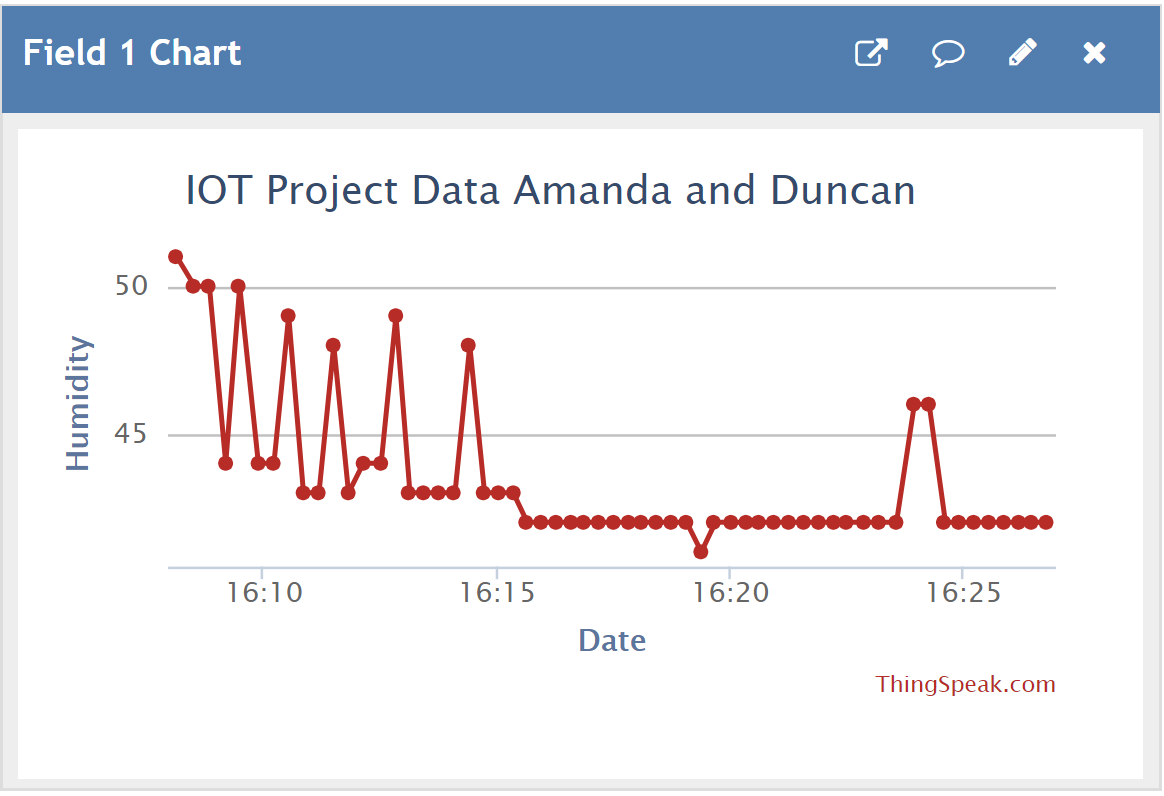 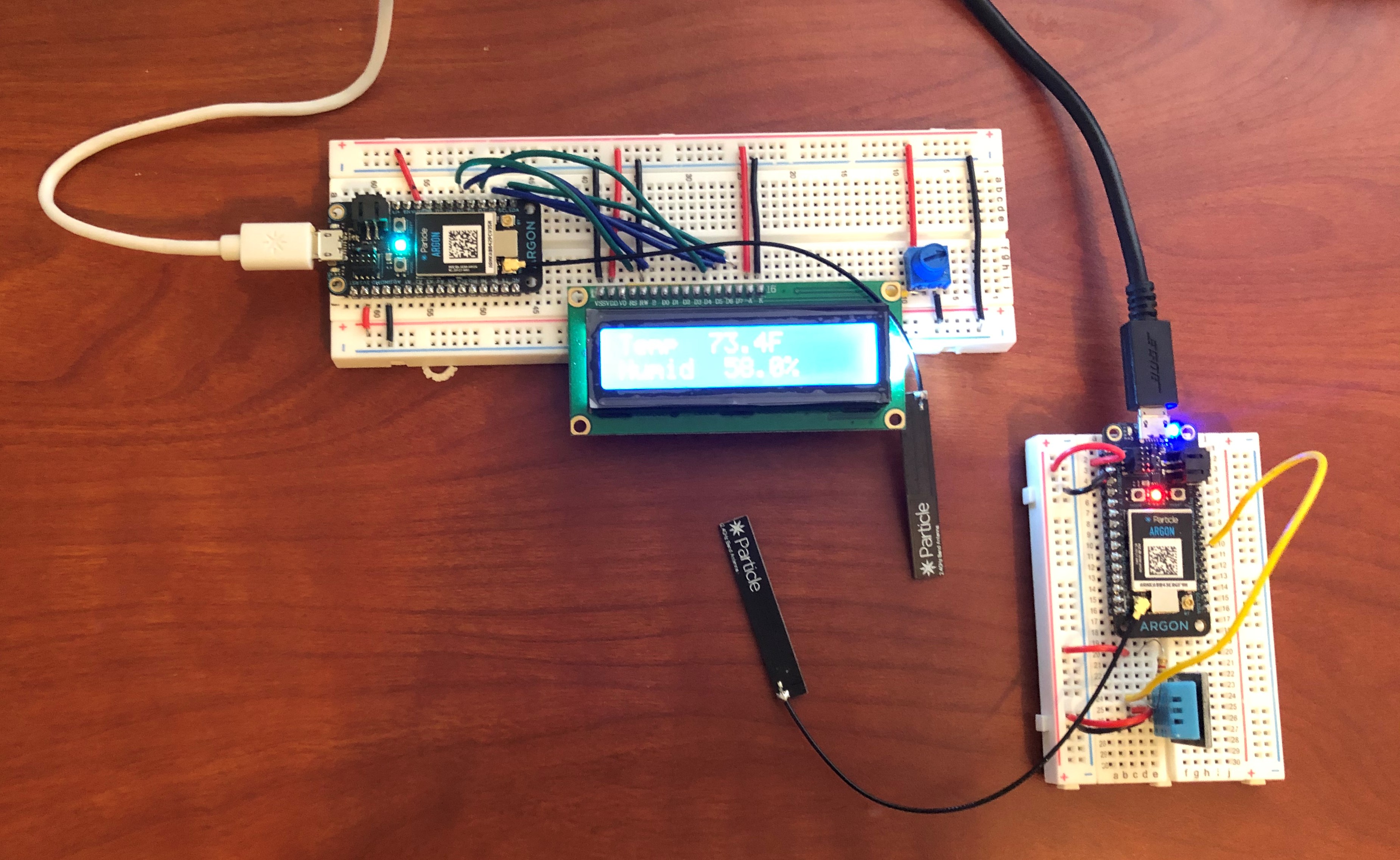 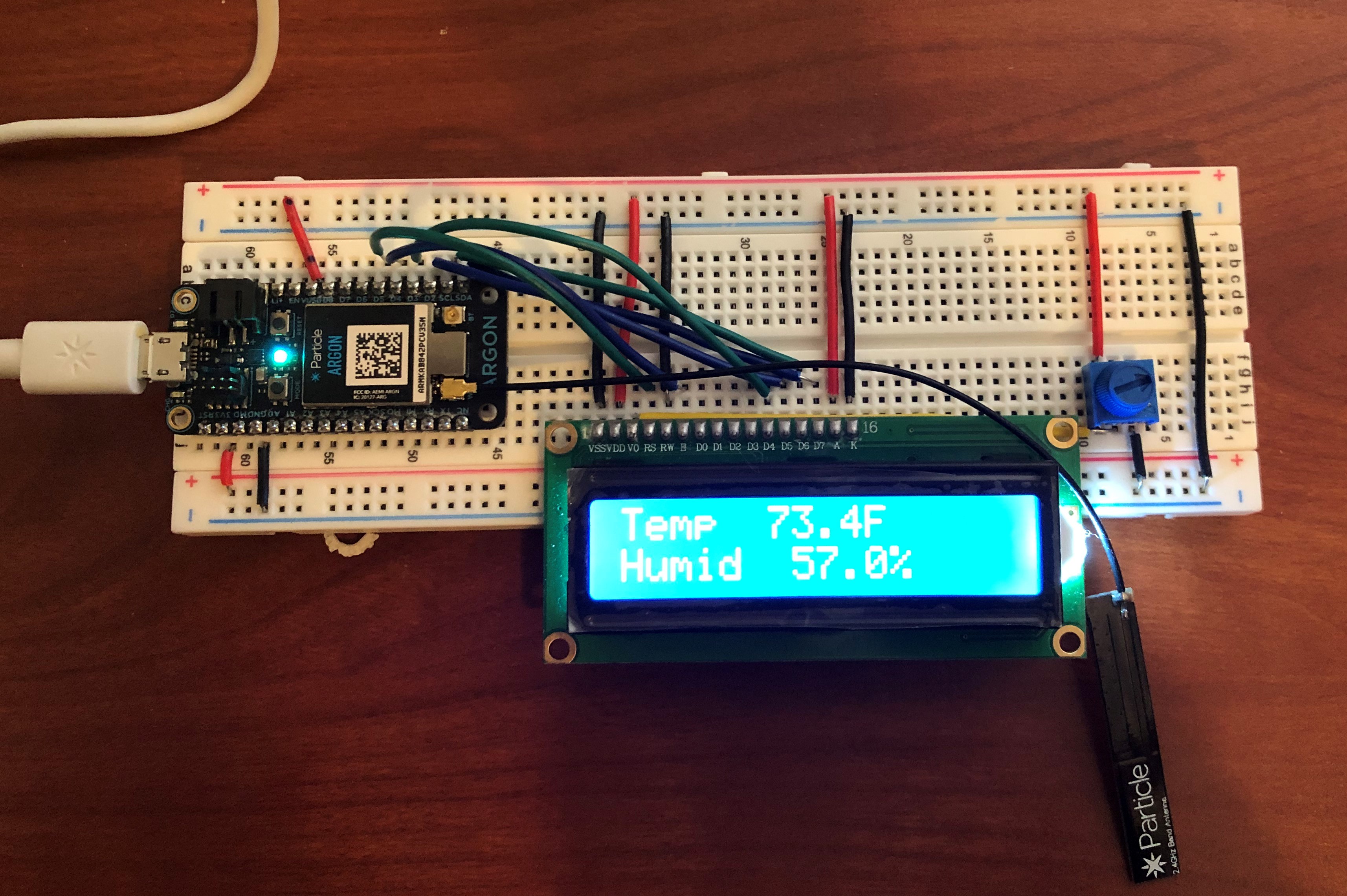