The Fire Alert System detects fires and immediately alerts the operator. The operator can then send a message back that help is on the way.

The Fire Alert System detects fires and immediately alerts the operator. The operator can then send a message back that help is on the way. 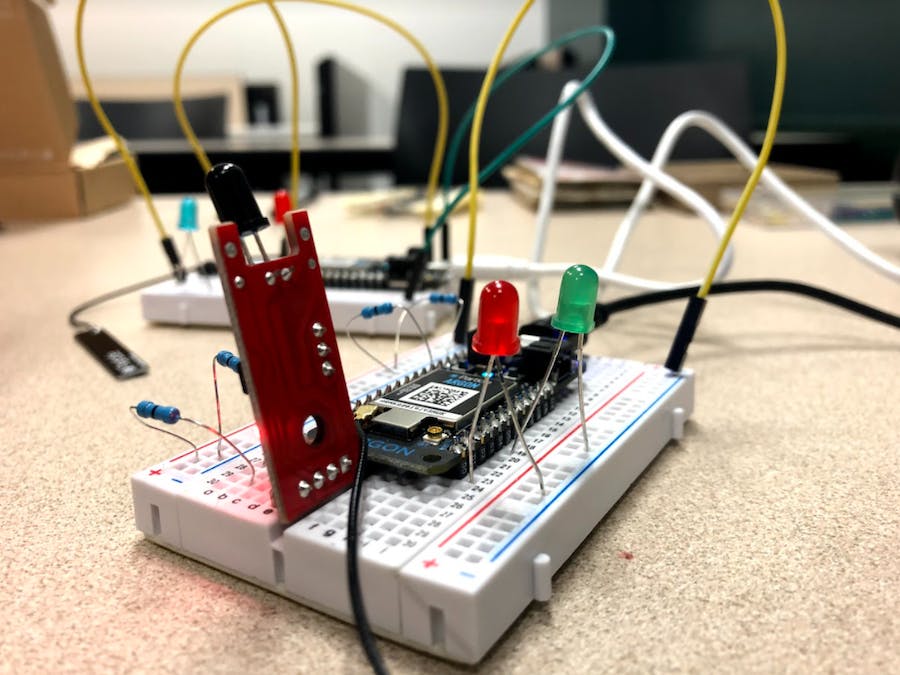 The Fire Alert System uses two sensors, a flame sensor, and a push switch. When a flame is in the presence of the flame sensor, it sends a signal through the First Argon to light up a red LED on both Argons. The Second Argon then has a button that can be pushed. This triggers the blue LED on the Second Argon and the green LED on the First Argon. This button sends a message through Particle titled “Help is on the way”. This completes the bi-communication between the two Argons.

The First Argon contains the Elegoo Flame Sensor Module. The flame sensor only receives light with a certain wavelength, which allows for the sensor to be used in the presence of ambient light sources. This sensor is connected to the Argon through the use of 0-ohm resistors. These resistors are in place for simple wires and are only used to transport current.

There are two LED lights on the first breadboard. The red LED is used in the transmission of the signal and the green LED is used as an indicator that the signal was received by the Second Argon.

When a flame is lit, the red LED on the first breadboard lights up.

When the flame sensor is triggered, the red LED on the second breadboard lights up as well.

The Second Argon contains a 12mm push button. This button allows for the bi-communication to be achieved. A blue LED is attached as an indicator that the message has been sent.

An event is made that shows the message “Help_is_on_the_way” to show that the signal has been received.

Image shows the event in Particle that signifies the flame sensor signal has been received and the button has been pressed.

At the same time that the button is pressed, it tells the First Argon to turn on its green LED, which stays on for a delay and then turns off. This completes the bi-communication of the two Argons.

When in stasis mode or there is no more fire detected, the red LEDs connected to both Argons turn off. An event is published to Particle that states "not_on_fire".

The graph shown above is a representation of the linear correlation between the trigger distance and the intensity threshold as defined in the code. The high the value of the analog signal required, the larger or closer the flame has to be to trigger the sensor. 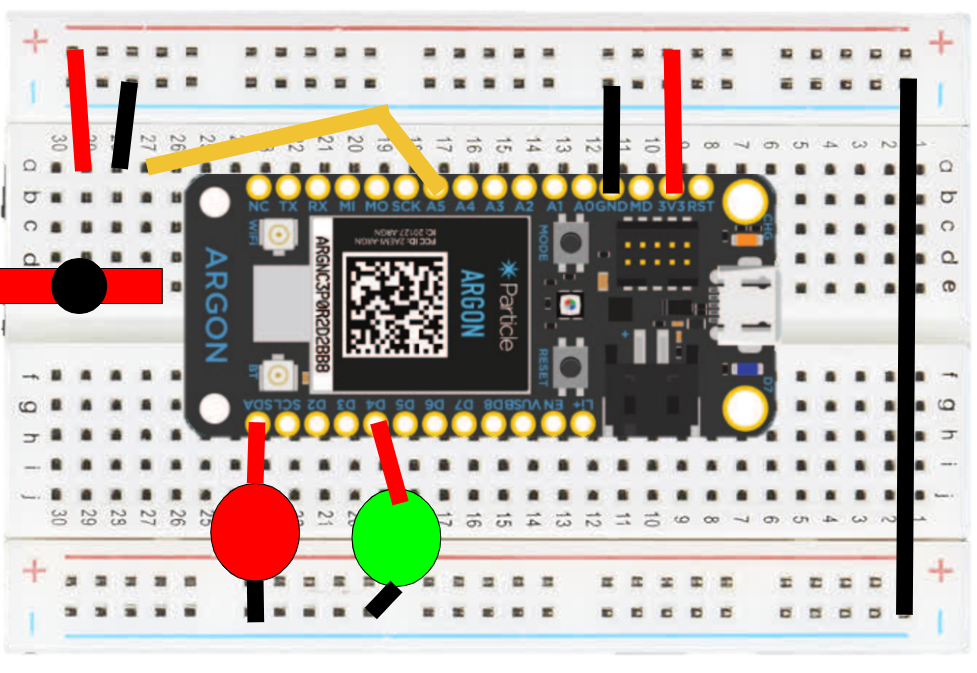 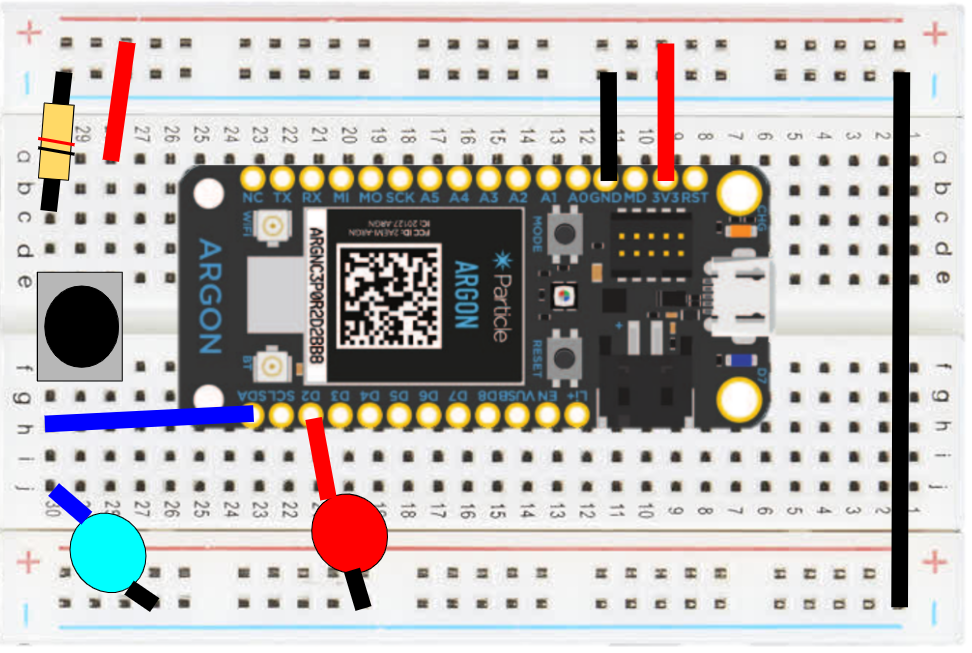