Lights that turn on automatically and gradually to simulate the sun rising so that waking up on early mornings is easier.

Lights that turn on automatically and gradually to simulate the sun rising so that waking up on early mornings is easier. 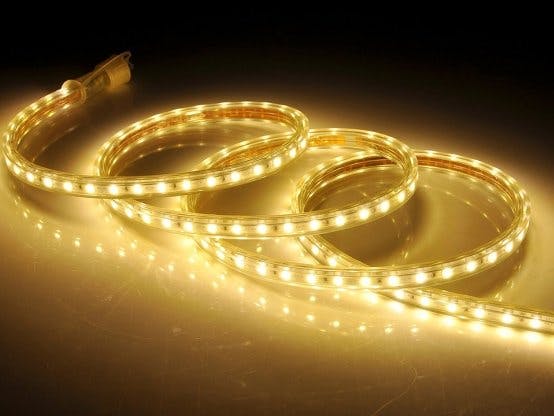 One of the worst parts about school is waking up way too early. Especially during winter when the sun thinks its ok to sleep in longer than me. I chose this project to help make early mornings easier.

When I started this project, I knew it would be a lot of research. I didn't know how to control the LED light strip because I wanted to use the strip I already had. I didn't get an LED strip with jumper wires already attached, for example. I didn't know if I would have had to crack open the control box that came with the lights or somehow hack the ir sensor that received messages from the remote or control the electricity with the argon. After some research the third option seemed the best, but I had no idea how to go about doing it, I didn't even know what a transistor was.

Eventually, I found a very similar project by a user named Najad. However, this project uses and Arduino nano which has an output voltage of 5v and a Particle Argon has an output voltage of 3.3v. Something needed to change from their project to mine but I didn't know what. I tried looking at the transistor data sheet to see if that's what it was but there were too many numbers and letters that had no meaning to me. Turns out all it came down to was a simple division problem with Ohm's law, V = IR. The resistance needed was 660, and 680 was the closest we had.

This is the first test. Like almost everything in computer science, it did not work first try.

The pins were to short to connect to the jumper cables.

Not wanting to deal with that issue, I moved to working on the sensor for when my door opens to turn the lights off automatically.

This is a hall effect sensor. It is used to detect when the door is opened by sensing when a magnet is near it.

Set up on the wall

In the code, there are 5 functions.

The chooseColor and chooseTime functions are there to choose the color of the lights and the time they turn on in the morning. 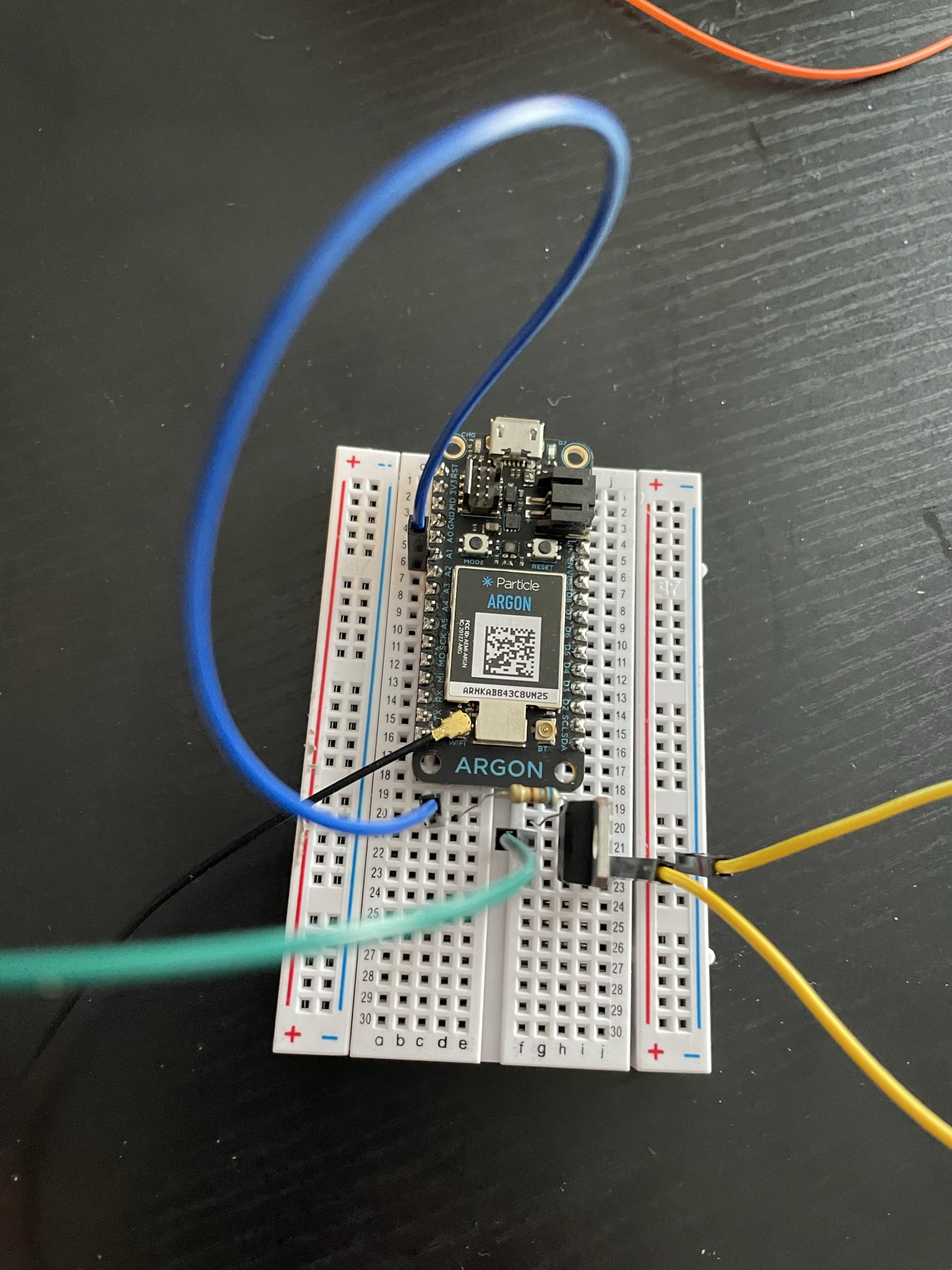 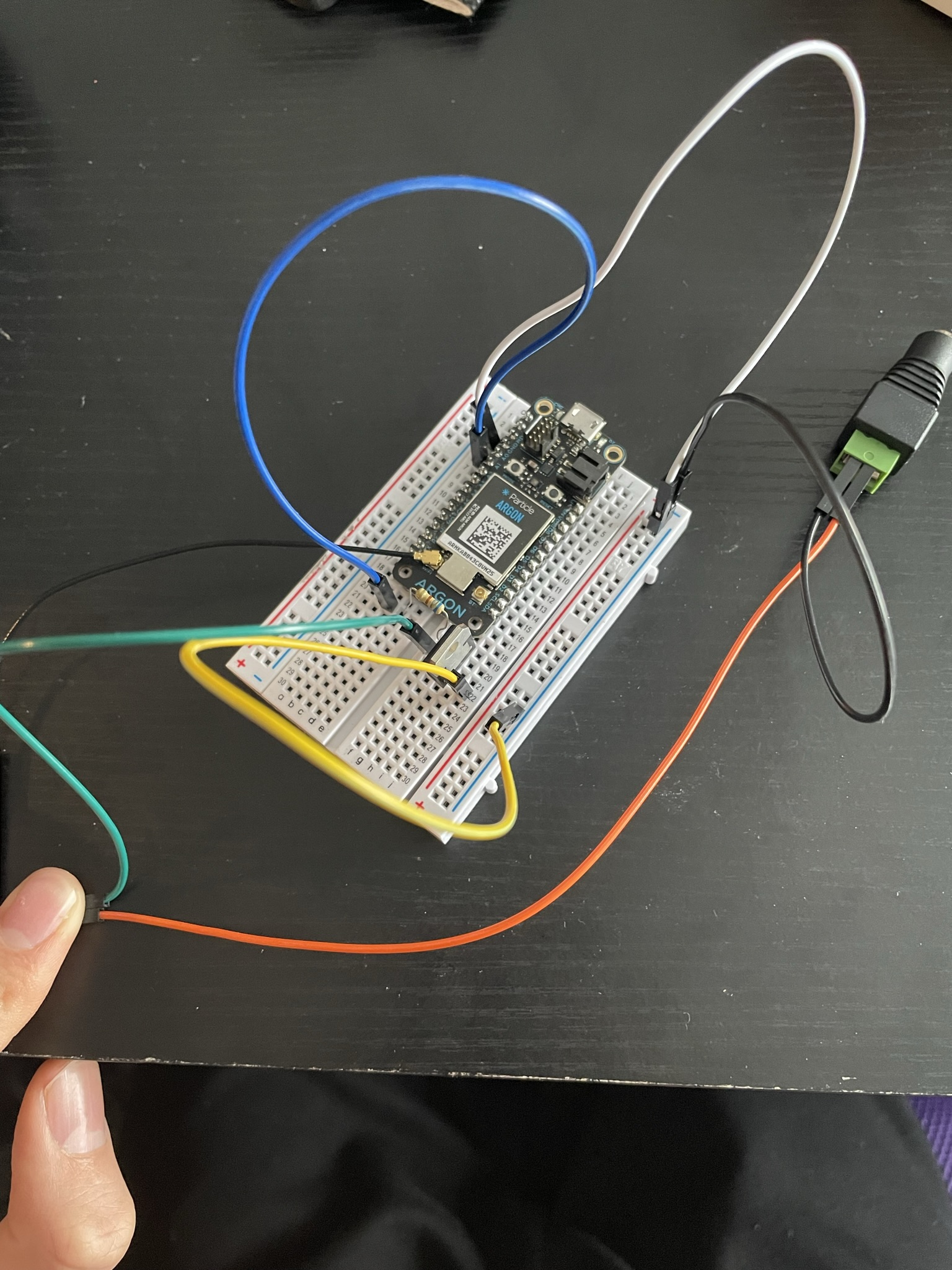