Reinventing the home security system with the IoT method using sensors connected to a Node.JS server.

Reinventing the home security system with the IoT method using sensors connected to a Node.JS server. 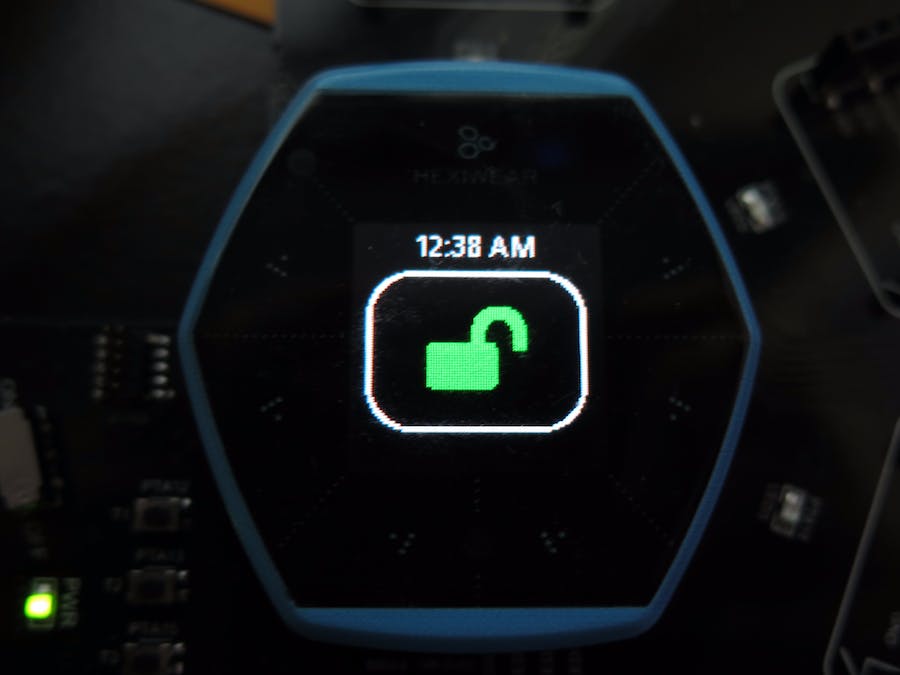 Modern security systems have several disadvantages, some of which are:

Thinking through those things, I came up with an idea for a wireless connected alarm system, that is modular in such a way that it can be installed in any location, and be easily moved to a new place.

How the sensors would work

Like a typical system, all the sensors would be in their own self-contained packages that are either magnetized to the door/window, or stuck on the surface with double-sided mounting tape that's easy to remove.

All the sensors would connect to a central NodeJS server on the local network that would save their status', handle sensor events, and provide a point of access either internally or remotely for an admin panel.

But if the network wasn't available, instead one of the sensors would switch to hosting an Ad-Hoc network that all the sensor would connect to, and it would manage basic alarm functionality until the main server comes online again.

This effectively creates a system where there is no simple single point of entry, eliminating the potential issues that come with having a central panel that could potentially be knocked out to disable the system. Having the sensors also connect to each other means that even if one is knocked-out of the system, all the others are still active.

Also because the system would be running on a NodeJS server, you could port-forward to the server and connect from anywhere in the world, not just from in your house.

At this point I don't have the money to buy all the components the build a full system, but I'm going to make use of what I have and at least make a small scale one for now.

For this project I'll be using my:

For sensors I'll be using:

Out of this whole program the NodeJS server is the simplest part. Connecting all the sensors and microcontrollers will probably be the hard part, along with having them communicate with the NodeJS server.

Also I don;t have the time right now to put into making the sensors a connected cloud type setups for when the server goes down, so for this project it will just be a single server.

Since I already know how to use and program all the other microcontrollers I'll be using, and how to program the NodeJS server, I'm starting with figuring out how to get the Hexiwear to work.

There are the two options I mentioned before, the Kinetis IDE (KDE), or the mBed online IDE.

Ideally I would like to go with using the mBed platform, as it's simpler to use, but I need to figure out how to fully use the OLED before I can consider it.

The usual/pro way to program it would be using KDE. Unfortunately though I tried to for 3 days and couldn't get very far due to the lack of any kind of libraries or basic project templates for Hexiwear projects. The factory demo project could access all the sensors and the OLED, but it also depended on a lot of other files (some unnecessary for what I was doing) that created quite a bloated project.

I'm going to wait a could days and see if I can figure out how to use the OLED in mBed before deciding the use KDE, as mbed would speed us the process a ton.

I decided to go with using mbed, over the last few days the Hexiwear team have been adding a ton of example code that helped me get started and figure out how to use the different sensors via mbed.

For drawing on the OLED, I'll be using the Hexiwear team's official SSD1351 library.

I went ahead and created a new mbed project called "security-console" which I will make public when I'm finished. Then I imported the SSD1351 library via it's url.

Next thing we need are some images to draw on the screen. I'm creating the images with GIMP, and exporting them to Hexiwear code using my tutorial on exporting from GIMP for the Hexiwear.

Once we have the exported image code, we can create the files images.h and images.c to store the image data arrays. (code in the project repository at the end of the project)

Now we just need to include the images header file, and then add this to out main:

And now we get a nice white outline on the screen!

New we need to show is the alarm is on or not. We'll add a new variable for storing the alarm status:

As well as a couple for storing the images:

And then in the main loop we'll check if the alarm is armed or not and display the respective image:

Hexiwear - Getting the Alarm Status

Now since there currently isn't an mbed library for interacting with the Bluetooth on the Hexiwear, we can't use that to change the alarm status.

So what I've decided to do instead is to using the Hexiwear and the base like a control panel, and use the expansion headers to connect the Hexiwear to the Intel Edison running the alarm server via UART and have the Edison send the alarm status to the Hexiwear.

To connect everything together we'll be using a Node.JS server running on the Intel Edison.

I'll be creating the server on my laptop, and then uploading it to the Edison - this makes it easier to write and test. The server will use Express for handling get and post calls.

Ideally we would send JSON, but unfortunately it's not easy to parse on the microcontrollers like the Photon and Arduino MKR1000. So instead we'll have to make separate query's to the server to get the alarm and armed status instead of just one.

Now we get just do a get request to "/armed/true" to set it to true, and "/armed" if we want to check if it's armed.

I used SFTP to upload the code to my Edison, and then put it in a special folder that runs all the scripts in it when the Edison boots.

I'll be using my Particle Photon as one of the sensors for the alarm. I'm using the HttpClient library for get requests which you can add via the libraries tab in the Particle IDE.

The code for the Photon is pretty basic, we just need to send a get request to the server to trigger the alarm when the door sensor is triggered.

Now all we need to do it attach something to the +3.3v pin and to the D0 pin, and set it up so that they touch when you want the alarm to be triggered. You might also want to reverse it so that it triggers when the contacts are separated, in the case of a window or door.

I all also use my MKR1000 as another sensor. It will do the same thing as the Photon and just update the alarm status if a sensor is triggered.

Hexiwear - Connecting Hexiwear to the Server

Now since there are no libraries yet for using the Bluetooth chip in the Hexiwear via mbed, the best way I can figure out to connect the Hexiwear to the server is to use one of the pairs of UART pins on the Hexiwear dock, and attach it to the uart pins on the Edison.

Then we can just send serial messages back and fourth to update the status.

Once the Bluetooth chip is made available through mbed, along with the capacitive touch sensors, then we'll be able to use it without the dock, but for now this is all we can do.

Then in the main loop we'll listen for available data, and change the bool as needed:

Edison - Connecting Hexiwear to the Server

Now to do serial communications from NodeJS, we need to install the serialport Node package.

Then at the top of the NodeJS main file, we'll define the port:

And then we open the port and make sure there aren't any errors:

Now we just update it when the alarm status is changed!

Hexiwear - Showing alarm on the Hexiwear

Now I want to make the vibration motor in the Hexiwear buzz when the alarm is triggered.

I also added a new image into the program for when the alarm is triggered.

First register the pin for the vibration motor:

Now for the code to draw it. I'm using nested if statements so that the alarm status takes priority over drawing the armed image:

Now we'll just modify the code so that when the Node script sends a 2 the alarm is on, and a 0 resets it.

Edison - Showing Alarm on the Hexiwear

Now we just need to send the status via UART to the Hexiwear when the alarm is triggered:

I also designed a case for the Hexiwear base + attached Intel Edison, one that mounts on the wall for a single Hexiwear.

The dimensions are rough because I don't have a 3D printer to test the design with (I was suppose to have one in August, but there where some complications..) , so this is all I was able to do with the resources I had available ;)

Hexiwear Wall Mount hexagonal case that screws to a wall and lets a Hexiwear slide in the top.

For now this completes my project! I want to expand it later to include more communications to help keep the device in sync. Also when the Bluetooth and capacitive touch buttons are available for the Hexiwear via mbed, I want to change to using Bluetooth for communications with the connected phone to contact the server, and add arm/disarm/alarm buttons on the Hexiwear.

The current setup still has a long way to go to reach the scope of my ideas outlined at the beginning of the project, but for now this is all I can do with the resources I have available.