A meter that indicates the Wi-Fi signal strength in an intuitive way, using the parts I had on hand.

A meter that indicates the Wi-Fi signal strength in an intuitive way, using the parts I had on hand. 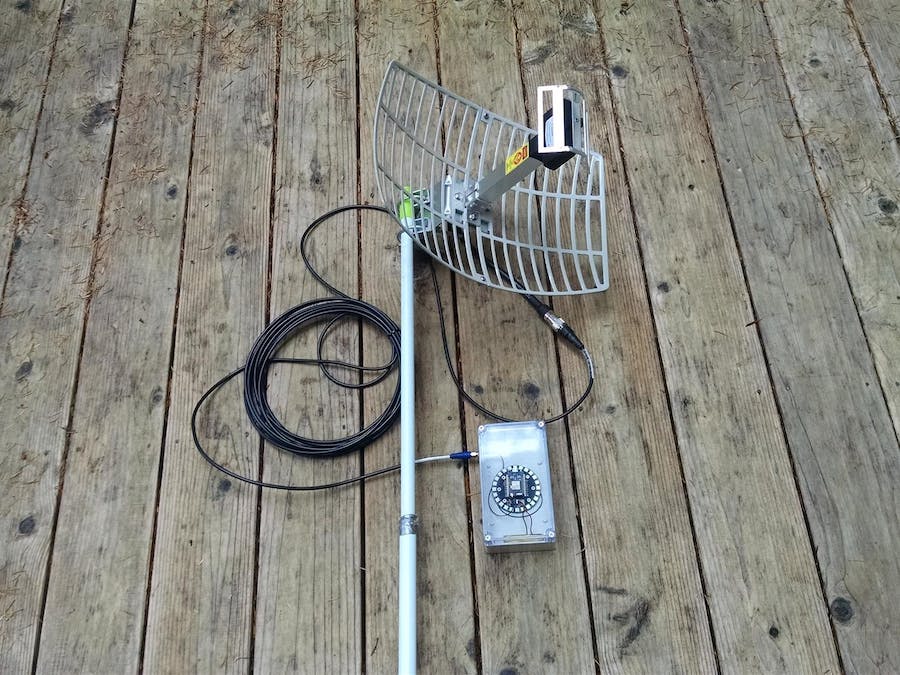 I am an Computer Science Sophomore who is an intern at a small rural water plant facility. I was asked to create a system that would allow remote monitoring of the level of the water tank in a rural water system.

Part of this meant that I would have to put a sensor on the water tank. The tank is nowhere near electrical power, it's in a cellular dead zone, but is within a quarter mile of the community center's public WiFi. Because of this, the easiest route to get information from the tank monitor was the public WiFi.

However, we were unsure that a tank- which is on a heavily forested hill- would be able to get a signal. We didn't want to buy all the pieces and find out that we needed to do something else.

So we bought the directional antenna and cobbled together a WiFi signal strength meter out of bits and pieces that I had lying around for other projects.

We climbed up the steep hill, and pointed the antenna in the direction of the community center (which had public WiFi). The monitor lit up indicating the best orientation for the signal.

After playing with this a bit, it seems reasonably accurate for properly positioning a directional antenna.