Adding another metric to track computer health and performance.

Adding another metric to track computer health and performance. 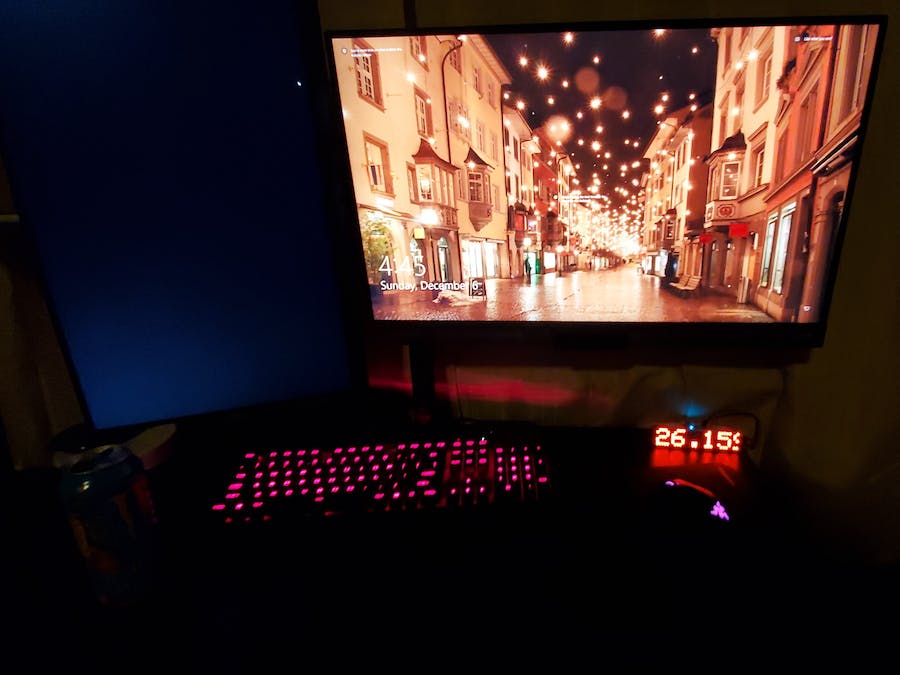 There are many factors that can impact the longevity and health of a computer, and many are well known and can be tracked with sensors already installed inside them and readily available software. However, one important metric is often overlooked, that being the ambient temperature of the air inside of the case of the computer. It's this air that is responsible for cooling all of the components within the computer at some point and very few systems monitor it. This project creates an easy way to monitor that metric, as well as offering long term tracking of it's data. With this capability, an individual can correlate this temperature with other software tracked sensors, allowing easy estimation of overall PC temperature using a single external source. This external system is also not affected by any crashes or BSODs and and doesn't impact PC performance at all.

This project uses an ADA372 thermistor, a NTC 10, 000 Ohm epoxy coated thermistor rated for -55 degrees Celsius to 105 degrees Celsius, as well as the supplied 10, 000 Ohm resistor to form a voltage divider, from which the resistance of the thermistor at a given temperature can be used in the Steinhart–Hart equation to calculate said temperature. This value for temperature is then fed into the three other parts of the system, the display, the receiver particle, and the ThingSpeak chart.

The display in this particular setup is connected to the base, or main, Particle Argon, or the one that records the temperature. This could easily be changed and it could be attached to the receiver Particle if you have say a home media/PLEX server or remote system you need to monitor. The display is a MAX7219 Dot Matrix LED Display Module, composed of 8x32 LEDs, and made by GEEEKPI. Libraries for it exist in Particle's WebIDE and make it easy to use. It could be replaced by an LCD or OLED screen with appropriate alterations to the code, however, this one was selected for the size and brightness of the text, making it easily readable in all light conditions. Additionally, the red LEDs match the rest of the system.

Base Particle Argon with Thermistor and Display

The second particle, named receiver particle in this project, servers an accessory role to demonstrate the expansionary ability of this project. For example, as mentioned previous a display could be attached to it for remote systems. In this systems it serves as a comparator of sorts, lighting an LED when a set temperature threshold is exceeded. In practice it would be set towards the upper range of safe/ideal operating temperatures, providing a direct and recognizable notification of the risk to hardware. It was important to include a secondary command that sent a return message to the base particle for troubleshooting purposes to make sure they were both connected and communicating properly.

The ThingSpeak webhook is also an important aspect of the project, as it provides a data logger for PC temperature. This allows you to track trends in PC temperature over longer periods of time, notifying the user to things like dust build up impacting overall system temperatures. This is unlike most software programs, which loose data when the computer is shut down and they are closed. Overall, it is a very valuable resource that should not be underestimated.

The ThingSpeak chart for this project is located at: https://thingspeak.com/channels/1250573

The base Particle Argon is the complex hardware of the system, with a close up available above and circuit diagrams it is rather easily assembled, however, there are some notes from first hand experience. The wires of the ADA372 thermistor are fragile and will break easily when being stripped. It is for this reason that in the picture above that it is attached with electrical tape to prevent breakages or damage from tension put on said thin wires.

Additionally, the MAX7219 pinout/color code is as follows:

The following pictures are the installation of the thermistor and display on the example computer.

Pardon the dust, but the thermistor was routed through the mesh at the top of the case and placed ~1 cm above the GPU backplate, a source of heat, and ~5 cm in front of the exhaust fan. The cable connecting the thermistor to the Particle Argon could be easily routed and tied in place behind the desk to hide clutter and make a more permanent installation. Finally, the placement of the Particle Argon and the display are ideal, only a quick glance down from the main monitor.

Overall, this project was a positive experience and generated a personally useful end result, one I, Lee, will hopefully use for years to come. Special thanks to the other Group 24 member Matthew Gudlaugsson and his willingness to equally contribute to a project that was more tailored to a narrower set of interests.