It dispenses coasters remotely to signal to a person they should use a coaster because people never use them even though they should.

It dispenses coasters remotely to signal to a person they should use a coaster because people never use them even though they should. 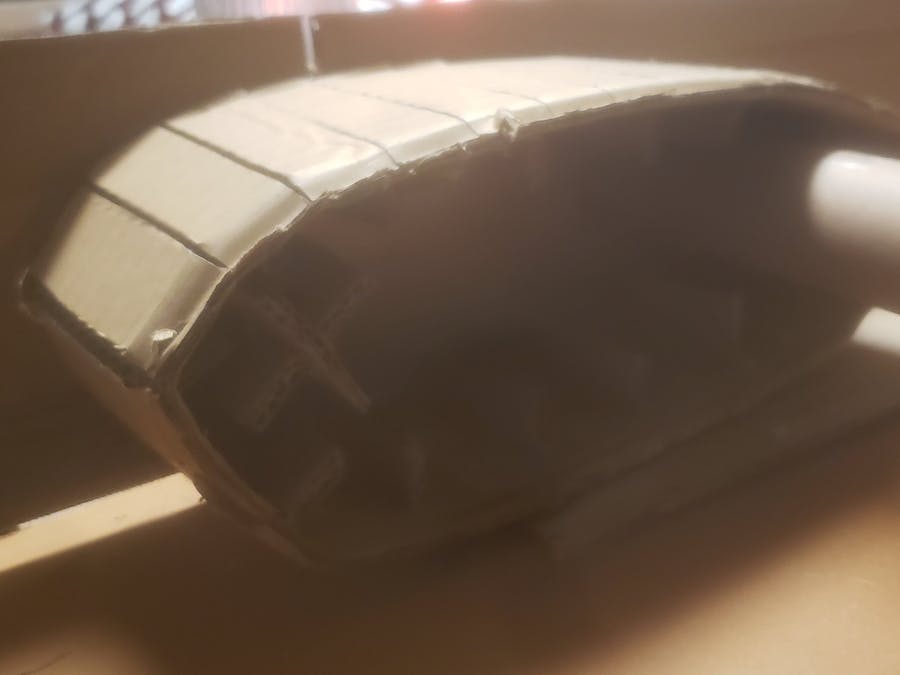 I was doing a Home automation project for my PCL class and wanted to make a machine that dispensed coasters. The reason I wanted to do this was because I noticed how no one ever seems to use coasters and thought it they would be more fun if they came out of a machine. Even though my attempt you are about to read is kind of bad I still think the idea works.

First I tired to do a vertical design but I realized that due to the weight of my coasters and gravity it was unrealistic.

After that I went for a horizontal design to get around gravity and went for a conveyor belt.

1 / 2 • final sketch(adjust for your coasters and preferance)

Even though a conveyor belt is better that a vertical design I still ran into problems with the weight of every thing so my contraption never worked properly but the idea still stands and if you want to build one I would suggest either a stronger motor or more of them. Additionally I personally had to shrink down the size of the belt but that was due to the motor's strength.

On to building the machine though the first thing I did was work on the code to get the motor to turn from both a physical and online button. the physical button to get a coaster normally and a online button to be passive aggressive if a guest or someone is not using a coaster.

Next I started to cut my cardboard first cut a 59in by 4in rectangle then realized it was too big and made it around 28 by 4in. Then I cut ridges into the cardboard about every inch for flexibility. Finally I put little pieces of cardboard every other section in-order to gain more traction. Lastly I hot glued the 2 ends together and made ridges down the middle of those 2 sections.

Next I made a + shape out of cardboard, hot glued that to the end of a old mechanical pencil and put that on to the end of the motor,

Next you should make a L shape out of cardboard to put everything on and cut 2 holes in the side one to tape the motor to(see above image) and one to stick something to support the conveyor belt(I personally used a sizable cardboard tube I had. Then cut another piece of cardboard to match the other wall of the L and cut 1 hole in it to accommodate the support and slide it on. Finally make a back and with space to roof and leave space to insert coasters and leave the front open to dispense them.

Here is a video of the conveyor belt turning (note: there is no coaster because mine were just too heavy but if you were to change up my design a bit you could probably get it to work much better than my dumb self can)