Stopping my humidifier from working by drowning it via servo when it is no longer dark or when I want.

Stopping my humidifier from working by drowning it via servo when it is no longer dark or when I want. 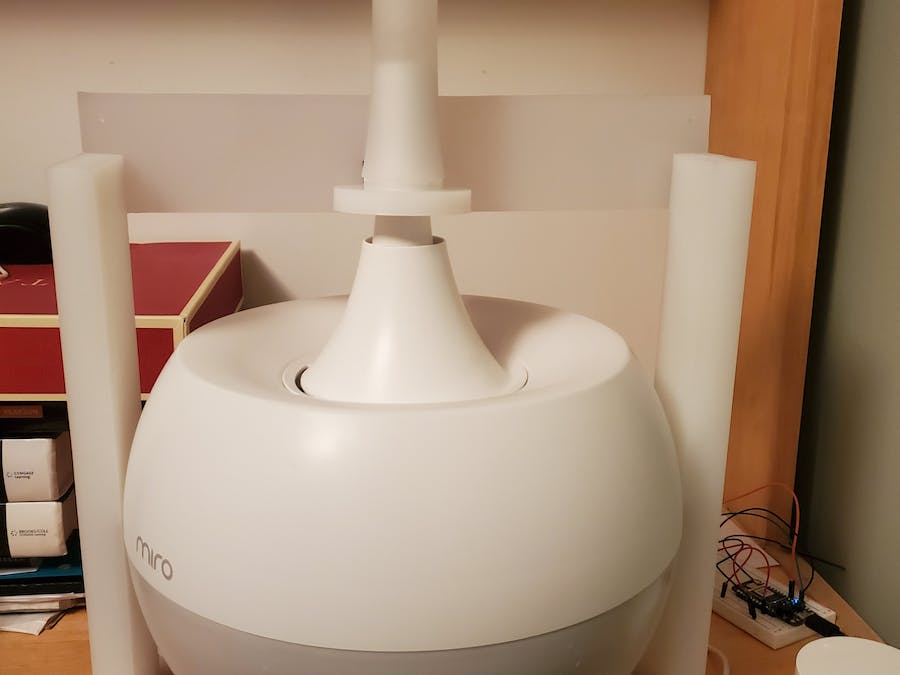 The goal of this project was to automate control of my Midi Humidifier so that I wouldn't forget to turn it on during the night, but so that I also had some level of wireless control over the device during the day. I noticed that with the way my humidifier worked (floating buoy inside a tank that uses ultrasonic vibration to turn water into vapor), I could come up with a creative way to turn it on and off.

The first step was making sure that all my hardware was fully functional. A quick wire-up and a small bit of code along with some research on the received photoresistor values gave me assurance that I knew what I was doing.

Then it was time to get to coding everything I wanted it to do. While I knew that I wanted a completely automatic component for turning on the humidifier for the night, I also wanted to be able to control it during the day more easily. So I got to work researching Blynk and its documentation.

Implementing Blynk into my Particle Argon code was fairly simple. Just call a function and define a different one to receive the values sent by the app. Once that was done and dusted, all I needed to do was set up a system with the proper priority hierarchy on which inputs actually affect the humidifiers under which conditions.

The logic is fairly simple:

1) Run Blynk to receive the value currently used in the app.

2) Check if the photosensor reads a value above 4000, meaning that it is mostly dark in the room.

3)If it is dark, set the servo to a position that leaves the humidifier on. Otherwise, always use the last declared Blynk value.

Now that my software and hardware worked, I needed a structure to hold my servo while also providing enough leverage to be able to push down the buoy in the humidifier.

My first thoughts leaned on using an extended arm attached to the servo to push the buoy into the water. I quickly realized this was way too unpredictable and incredibly hard to leverage correctly. My Dad came to the rescue by suggesting the use of a plastic ring around the "smokestack" of the buoy. A simple bar would be positioned parallel to the ring with a servo screwed into it. The little movements of the servo would now provide an exceptionally effective linear force. And so we got to work. I say we because my Dad was willing to let me use some of the machines in his shop to get the structure built faster, nicer, and from better material. For excessively complicated reasons, my Dad had a bunch of ultra-high molecular weight polyethylene, so we opted for that and began cutting.

Slowly, the pieces started to come together and I had a structure that didn't completely collapse.

A nice part of the structure is that the humidifier easily slides in and out of it while perfectly aligning with the base. This also makes transport safer and easier, as you're likely to have water in the humidifier. The ring easily slides down to a certain height of the buoy's smokestack. The protective chimney can still be placed over the ring while leaving space for the servo.

Functional Rig in My Room

Now all that was left was to test and fully demonstrate all the functions of the design. The video is in a different setting for demonstration and recording purposes. 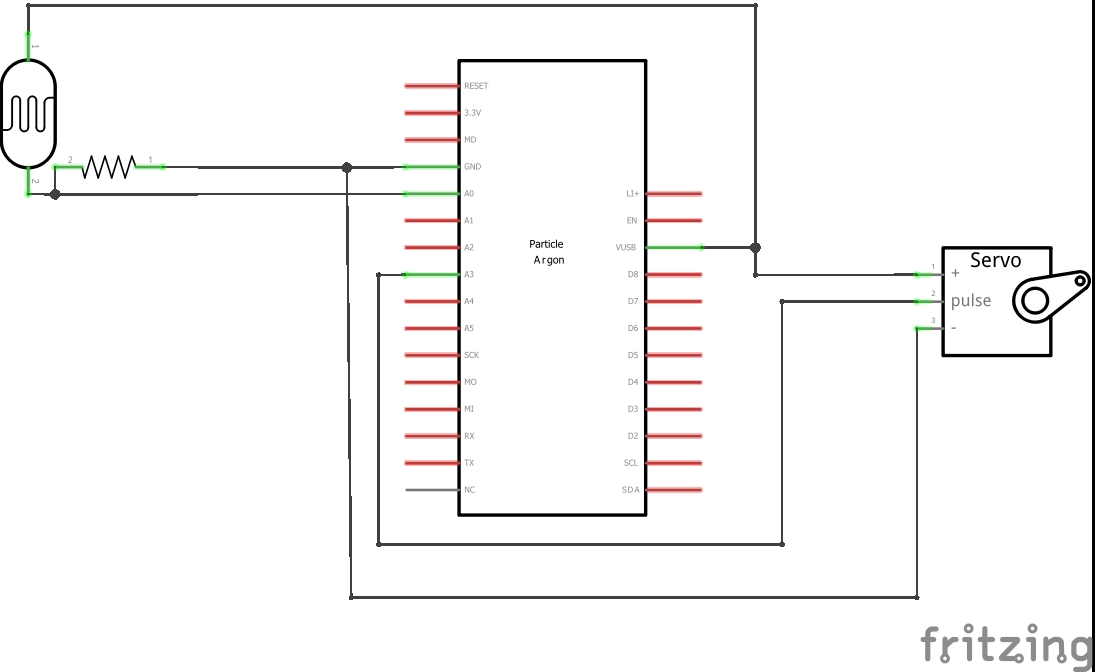