A simple add-on to a regular door the provides automatic operation based on voice command, smartphone command or presence detection.

A simple add-on to a regular door the provides automatic operation based on voice command, smartphone command or presence detection. 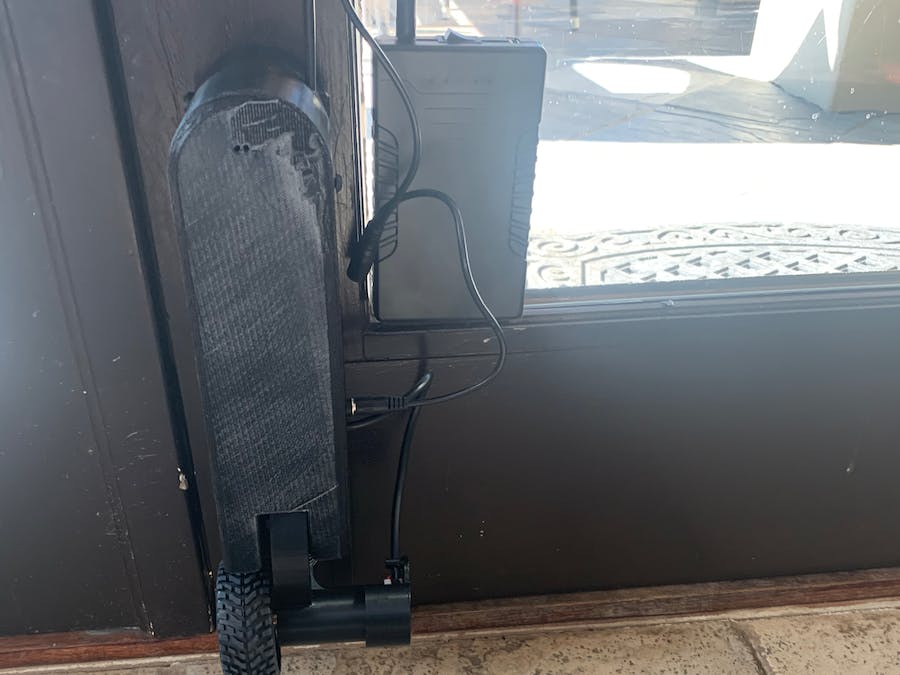 Our dogs go in an out of the house constantly. Unfortunately, we have no location available to install a dog door. They are Australian Shepards (very smart) so they have learned how to open the door themselves. The problem is the they don't remember to close the door! We would come home and the house would be freezing because the dogs left the door open. Current automatic door openers are very expensive and don't have the features I wanted so I built this one.

This solution costs under $100 to build.

The system uses a linear actuator that raises/lowers a drive wheel while a cable turns the door knob. A drive wheel is used to open/close the door. The product has a phone application that allows the user to fine tune the timing for door up/down delay and open/close amount. The door can also be controlled from the application.

The system can run using a 12V power adaptor or can use a battery that is charged every few weeks.

The Bluetooth detection system uses a Particle Argon chipset. It detects the RSSI (signal strength) of specific Bluetooth UUID's. In this case I used "Tiles." These Tiles can be attached to the collar of your pet.

Here is the opening and closing with Alexa.

The Argon and Photon communicate via private publish/subscribe functions. The only issue with the bluetooth detection is that the door opens when the dogs are nearby but don't want to exit so I generally leave it off. You could also put all of the function on a single processor but I wanted to place the detector more optimally for outside detection.

The Alexa control is through a set of IFTTT "Triggers."