This project will have bi-directional communication between two Particle Argons. It will calculate the speed of a bike and graph it.

This project will have bi-directional communication between two Particle Argons. It will calculate the speed of a bike and graph it. 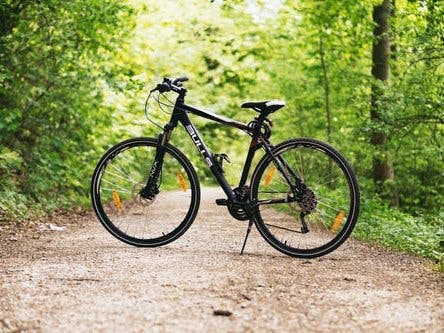 We began this IOT project as an assignment for our MEGR 3171 class. When thinking of concepts for our project, we tried to develop ideas that were attainable by the end of this semester. After thinking of many simple yet interesting ideas, our group settled on a project that could measure the speed of a moving bike using two Particle Argons. One Argon would be attached to the moving bike and measuring the speed and sending that speed data to the cloud. The other would be stationary and receiving this speed data. This idea sounds simple enough to complete in our time frame but it was harder to complete than we had initially expected. We came across many obstacles before we got this project working as intended.

To start this project, we researched many similar IoT projects that could help guide us in the right direction. We found a reference project that had code we could reference in the creation of our Particle code. However, a big problem with this reference project was that the code was coded for an Arduino. This meant we had to translate it to work in our Particle Build software. Once this problem was solved, we were able to code a prototype of the project on just one of our Argons. This allowed us to test and seed if our speed calculations were accurate. Now, it was time to figure out what correct additions we needed for our code to make our Argons have bi-directional communication for data transfer. We figured this out by splitting up the original prototype code and setting up Particle subscribe and publish functions to send and receive data.

Once the coding portion of our project was complete, we worked to build our circuit for both Argons. One circuit would consist of an Argon, a connected battery, and two connected sensors while the other would consist of an Argon and a button connected using wires. The Argon consisting of the sensors would be attached to the bike acquiring speed data while being powered by the battery. The stationary Argon would transfer a signal to start the code to the other Argon using the connected button. Since these circuit builds are so simple, building them was not too difficult. 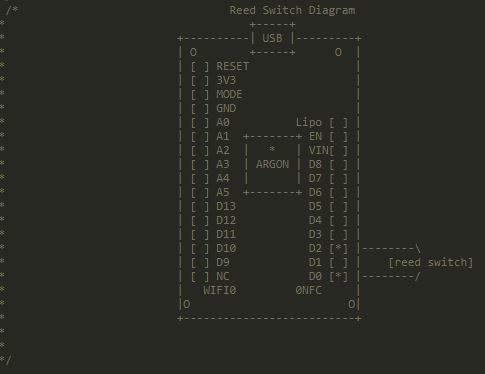